Toshiba's Chromebook Gets A Redesign, Complete With 1080p Screen 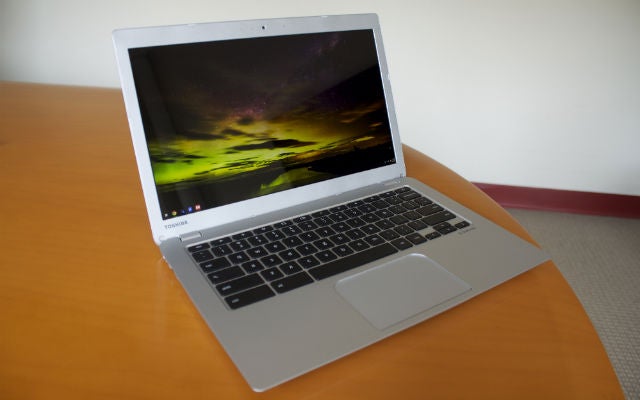 Last January, Toshiba introduced its first Chromebook, a 13.3-inch device that attempted to deliver Google's promise of productive computing on the cheap. But over the past nine months, ChromeOS has grown in popularity and as a platform in general, and Toshiba wants to grow with it.

At IFA 2014 in Berlin, Toshiba has just introduced its first successor to the Chromebook, the predictably named Chromebook 2. Toshiba slimmed down the device to only three-quarters of an inch and made it almost half a pound lighter, but still kept its 13.3-inch screen, which is notable for being slightly larger than the common 11.6-inch displays on competing Chromebooks. The Chromebook 2 also gets a bit of styling to make it stand out from the crowd with a dimpled chassis, described as textured resin, and sharper edges.

Although Toshiba admits this go-around is more focused on cosmetic changes than improved performance, the company does make a few enhancements under the hood. Whereas most of the internals stay the same — Intel Celeron processors and 16GB of solid-state storage (with 100GB of Google Drive for 2 years) — Toshiba will now offer a full HD IPS screen as an additional option.

Aside from the visuals, Chromebook 2 receives improved speaker tuning from Skullcandy, an officially audio partner, and Toshiba also wisely moved the speaker from under the device to the keyboard, meaning the sound moves toward you rather than in the opposite direction. Each model will be available in the U.S. starting October 5, with the standard HD model costing $US250 and the full HD model $US330 respectively.

Additionally, Toshiba has revealed a bargain bin 7-inch Windows 8.1 tab for $US120 called the Encore Mini, which just might be the cheapest Windows tablet we've ever seen. That device will ship with Windows 8.1 Update 1 along with a one-year subscription to Microsoft Office 365 Personal, and a complimentary terabyte of OneDrive storage. It comes with a 1024 x 600 resolution display, and it's powered by a quad-core Intel Atom processor.

Finally, Toshiba gave IFA attendees a quick look at its upcoming Satellite Radius 11 5-in-1 laptop. Channeling its inner Lenovo Yoga, the Satellite Radius 11 is a more flexible cousin of the current Radius 2-in-1 and tries to hit a sub-$500 price point. The model I got my hands on was an early production model, so I can't speak much to form factor or performance, but Toshiba says it's geared toward the netbook user of yesteryear: someone who just wants to stay connected in various ergonomic ways. You'll see that one in October, but no official price has been set. 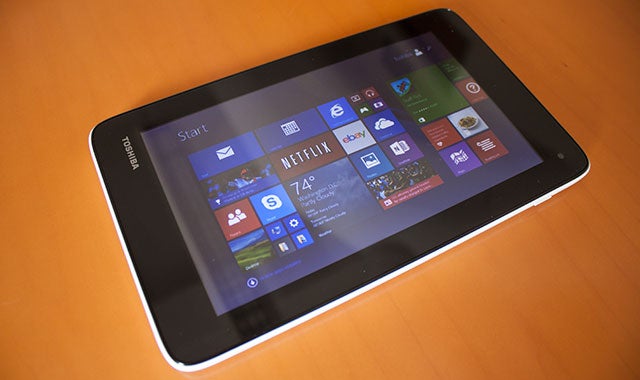 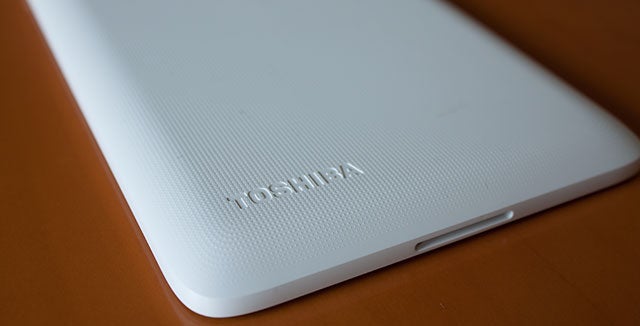 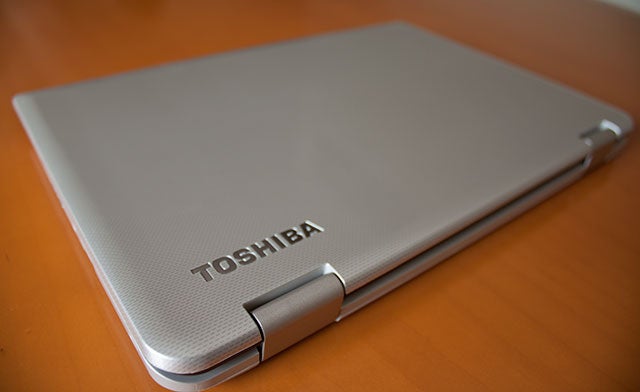