Thom Yorke's New Album Is Here, And You Can Buy It On BitTorrent 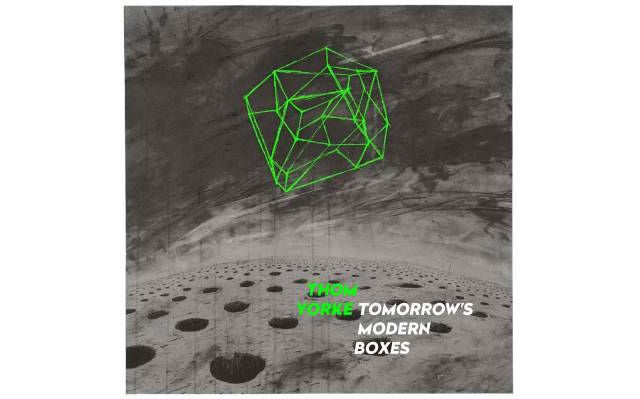 Radiohead's Thom Yorke has a new album, Tomorrow's Modern Boxes, and it's available now. And he's trying something new to get it directly to his fans by selling it on BitTorrent.

Tomorrow's Modern Boxes will be sold as a BitTorrent "bundle" for $US6. This is the first BitTorrent bundle to be placed behind a "paygate".

BitTorrent has been building out the bundles program over the last couple years. Basically, a bundle is really just a bunch of files — music, lyrics, videos, etc — transferred to you over the BitTorrent protocol using a client of your choice.

Usually, the bundles are gated — so that in order to get access to the bundle you've got to submit your email address or some other information. It works as a free/premium system. For example, you might get a song or two for free, and then even more songs behind the gate. Tomorrow's Modern Boxes is the first BitTorrent bundle behind a paygate, which means it's the first to charge actual money in exchange for access.

In addition to the bundle of MP3s, you'll also be able to purchase a deluxe package with 180 gram vinyl and lossless file formats for $US48.

A large promo image on the BitTorrent website reads:

As an experiment we are using a new version of BitTorrent to distribute a new Thom Yorke record...It's an experiment to see if the mechanics of the system are something that the general public can get its head around. If it works well it could be an effective way of handing some control of internet commerce back to people who are creating the work. Enabling those people who make either music, video or any other kind of digital content to sell it themselves. Bypassing the self elected gate-keepers. If it works anyone can do this exactly as we have done. The torrent mechanism does not require any server uploading or hosting costs or cloud malarkey. It's a self-contained embeddable shop front...

That's some pretty aggressive language. But there's something to it. It's not the first time Yorke has experimented with novel distribution. You'll recall Radiohead offered its 2007 record In Rainbows as a pay what you want download. And many fans paid up, but it remains to be seen if novel distribution works for artists that aren't huge superstars. Thom Yorke will probably sell a lot of bundles, but the future of the system for other artists remains unclear. [Tomorrow's Modern Boxes and BitTorrent]