This Perfectly Timed Picture Is Not Of A Solar Eclipse 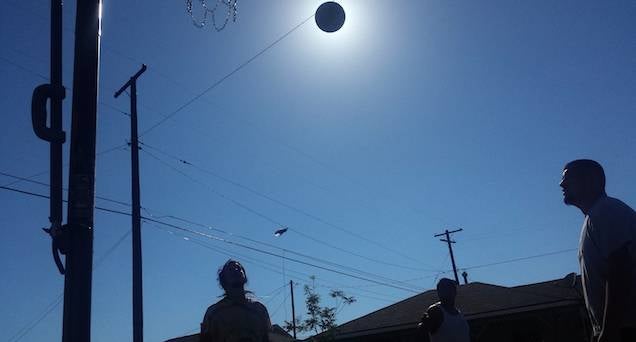 I know this picture looks like the moon is passing perfectly between the Earth and the sun. And I know it seems like the people in the picture are trying to look at the eclipse. But this picture taken by Reddit user MDPPatrick is not of a solar eclipse. It's just a perfectly timed snap of a basketball shot.

Pretty fantastic, right? Apparently this photo of a basketball game was taken with a Galaxy S4 in 'sport' mode. Not too shabby. Not too shabby at all. 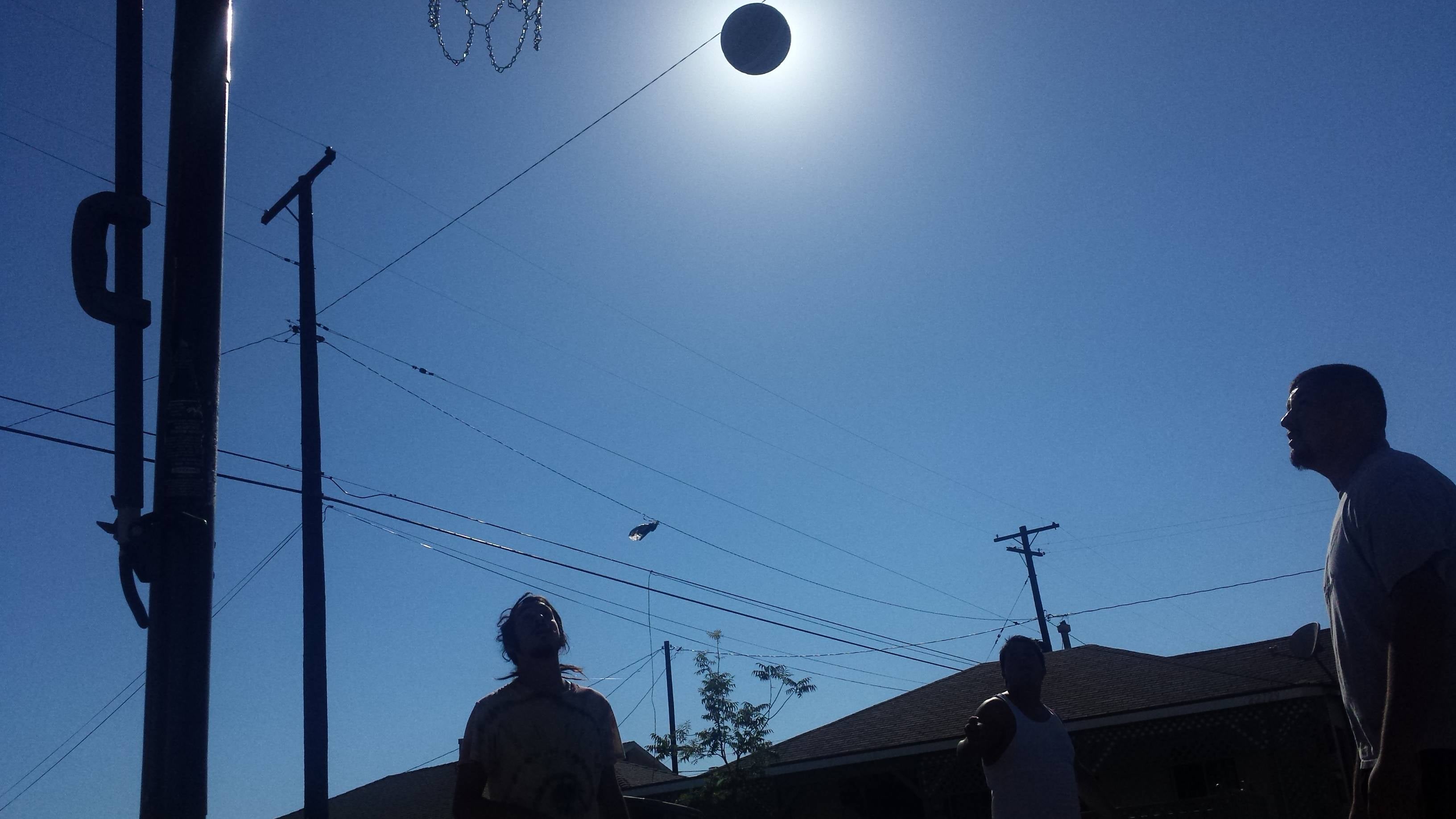