This Is What An Android One Smartphone May Look Like

Many of Google's I/O promises are finally arriving. Earlier this week, the first few Android apps arrived on Chrome OS as part of Sundar Pichai's mission to entwine the two platforms. Now, Google's Android One smartphones appear ready for launch.

In June at Google's I/O conference, Sundar Pichai introduced the Android One program, a means for Google to set competitive, low-cost specifications for companies to make budget smartphones. Now, we're beginning to see what these phones look like.

Originally spotted by AndroidOS via an Indian retailer listing, the Spice Android One Dream arrives at only $US115 and hits a lot of Pichai's baseline talking points, primarily a 4.5-inch screen, FM Radio, and dual sim capability. A further spec rundown gives a glimpse into what we might expect from other Android One devices as well. Dream comes with a 1.3 GHz MediaTek processor, 854x480 LCD display, 1GB of RAM, and 5 megapixel rear-facing shooter. Most importantly, these devices will also come with stock Android and will receive updates immediately rather than on a delayed scheduled through skinned alternatives. 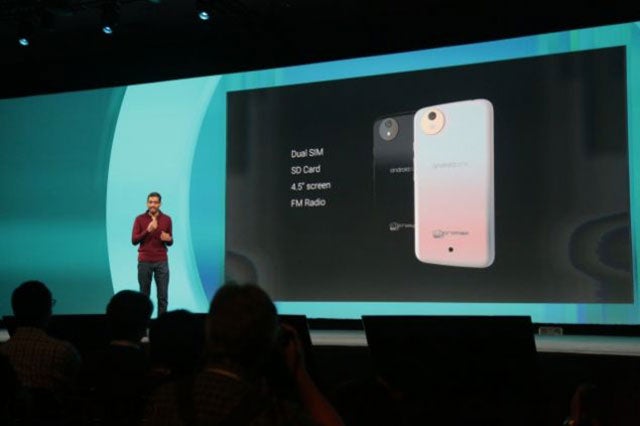 Google is expected to hold a press conference tomorrow in New Delhi regarding Android One. We're also expecting additional handsets from Karbonn Mobiles and Micromax, which we saw renders of last June (pictured above). From these specs alone, it's a safe bet that this first wave of Android One devices will never be considered in North America.

Instead, Android One will hopefully help Google raise its OS adoption rate. KitKat only exists on 25 per cent of Android smartphones. A direct pipeline from Google to these various budget manufacturers will likely help raise that number. With Android One, Google also tightens its grip in low-end markets and fends off would-be competitors, such as Mozilla, which just launched its first Firefox OS smartphone in India for only $US33. [AndroidOS via Phone Arena] 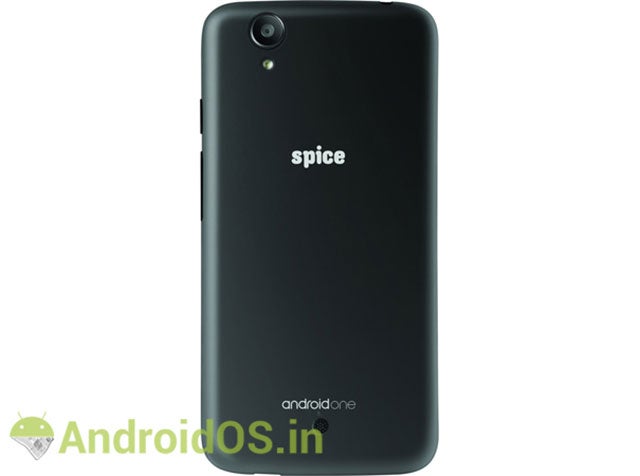