This 3D Printed Robot Could Secure The Ports Of The Future 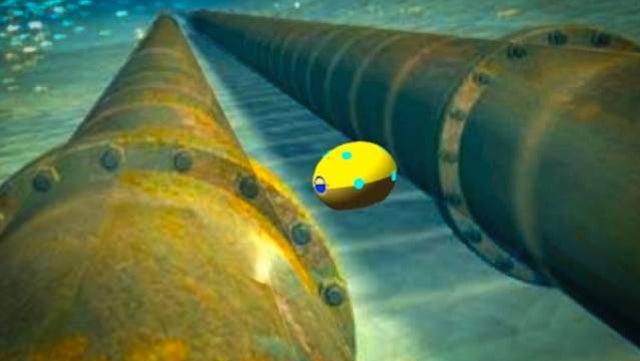 Transport by sea has been a favourite of smugglers for centuries — it's hard to patrol an entire coastline, and it's easier to move a ton of stuff by sea than by land. In the future, though, getting your contraband through a port might be made exponentially more difficult by this tiny, ultrasound-packing submersible robot.

Designed by a MIT grad student and her professor, the robot, which is a little smaller than a football, uses ultrasound to inspect ships, looking for false hulls and prop shafts that smugglers often use to hide stuff from regular, human-powered inspections. The robot uses a unique pump-powered propulsion system that leaves no wake, so boats wouldn't have any idea that they're being inspected, either.

Best of all for port officials and their bean-counters, the robots are easy to make — most of the structural components were 3D printed in a lab — and Sampriti Bhattacharyya, the grad student responsible for the project, reckons they could be manufactured for around $US600 a pop. [MIT News]

Alex Kidman 27 Feb 2020 9:43 PM
Huawei Australia isn't going to hold back on selling its second-generation foldable phone, the Huawei Mate Xs in Australia, but you'd better be prepared to part with a lot of cash to get your hands on one. Which is why we've already done that, at least for a few minutes.