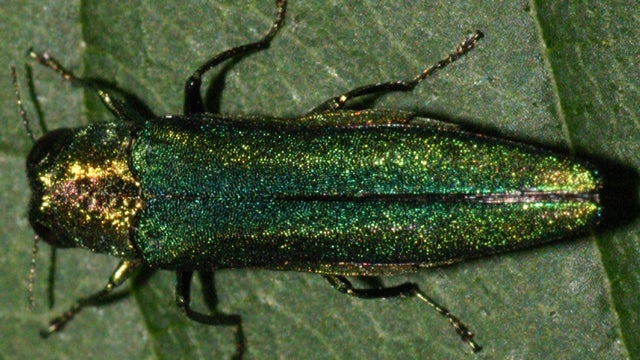 As they say, sex has consequences, even for male beetles. In their quest to eradicate an invasive beetle, scientists have created "femme fatale" decoys that lure the males in and zap 'em dead — just as the unsuspecting males think they might be getting it on.

The fight against the emerald ash borer, an invasive beetle that has killed tens of millions of trees in the U.S., is in dire need of new strategies. Insecticides are nasty and potentially damaging to the tree. And so far, the emerald ash borer has show zero signs of slowing its destructive spread across the U.S.

A group of scientists based primarily at Pennsylvania State University had the idea to turn the beetle's sex drive against itself. While chemical pheromones are sometimes used to trap insects, no one had ever created such a decoy female before. The researchers made two types, one using 3D printing and two more cast from molds of a real female beetle. 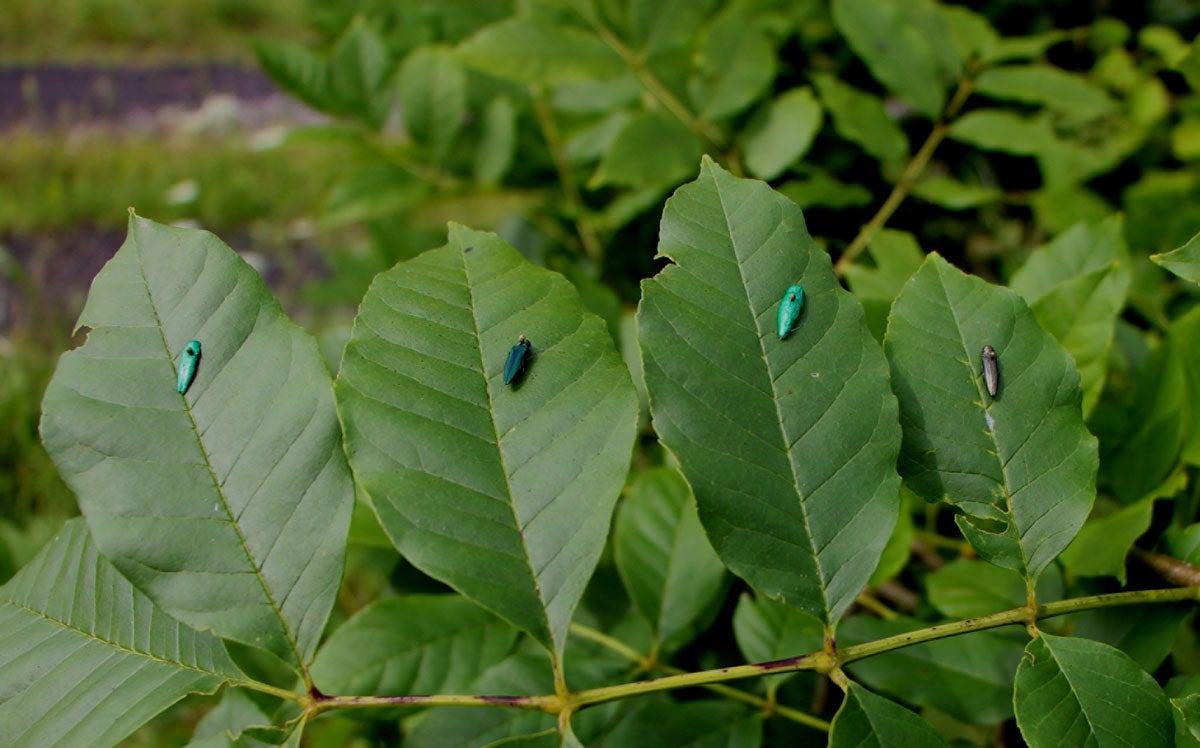 Left to right: a moulded decoy, an ash borer, a 3D-printed decoy, and an oak borer. Image courtesy of Michael Domingue.

Both types of female decoys attracted males flying around them, but male beetles were much more likely to land on the moulded female decoys. When the researchers studied the decoys under a laser, they found that the molds had preserved the light-scattering properties of the beetle's shell. 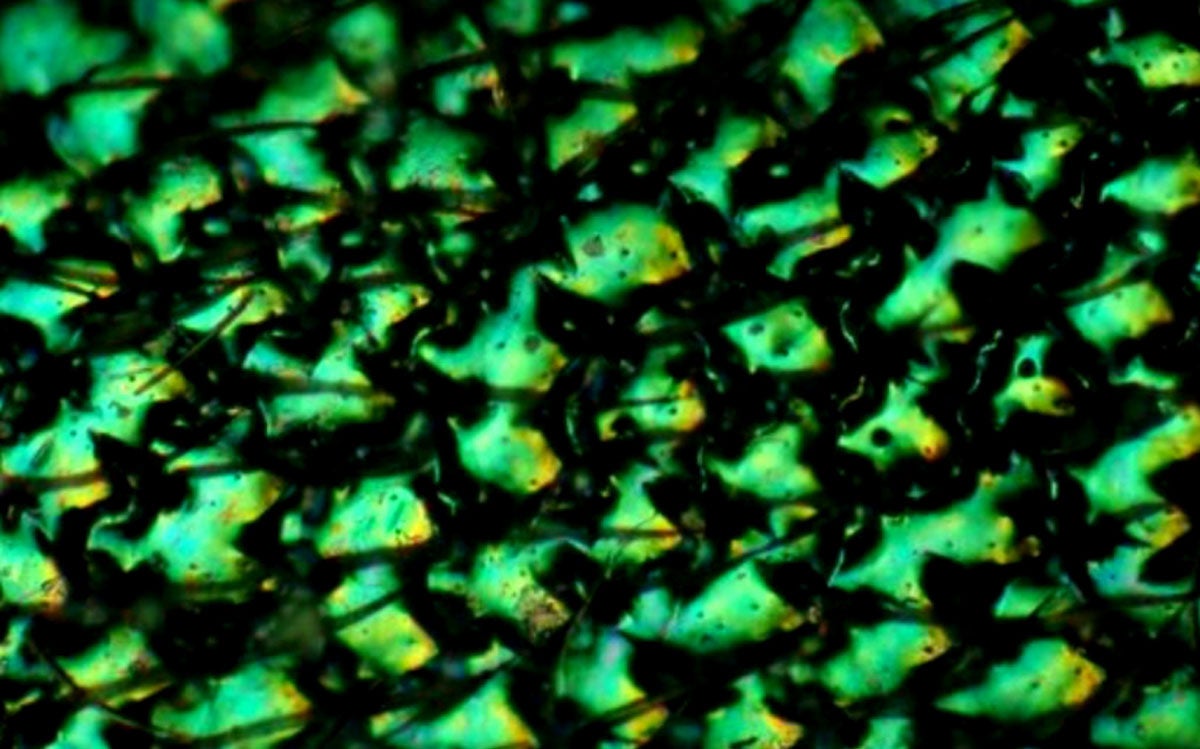 The males that landed didn't stick around for long — they weren't that easily fooled — but it was long enough to get electrocuted with a 4,000-volt zap. That's enough energy to cause some pretty serious damage: "decapitation or distention of the head or reproductive structures," as the researchers write in their paper. Not the happy ending they probably hoped for. [PNAS]