The Vyper Hands-On: This Vibrating Foam Roller Is Freaking Incredible

It's no secret that foam rollers have been a key part of physical therapy for years. Athletes use them not only to heal from injury, but also to increase flexibility before training and to speed recovery after strenuous exercise. The Vyper is the first foam roller to add vibration to the equation though, and holy crap it's amazing.

The Vyper is the second product to come out of Hyperice, which made a name for itself by basically creating a new generation of wearable icepacks that won the hearts and musculature of a bunch of high-profile professional athletes. The Vyper isn't a cooling device. It's a deeply ridged and very firm foam roller with a lithium ion powered vibrating mechanism at its core. The company is funding the Vyper through Kickstarter, and though its already surpassed its goal by a long shot, it asked if I'd be interested in trying one out. 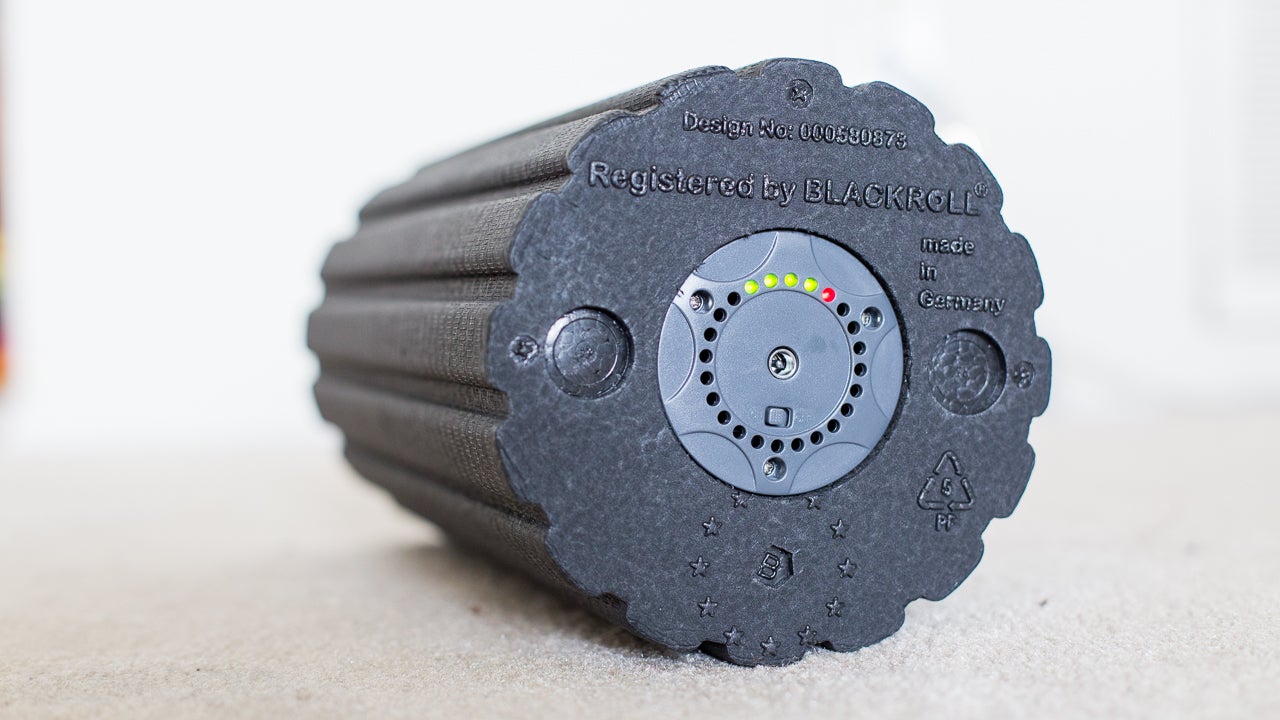 To give you some background, I've been grinding various body parts up against foam rollers for years. They were absolutely integral for fixing my knees, and now to keep them working well and pain-free I basically need to roll out my IT bands after every run or bike ride. I've also used them in rehabbing torn rotator cuffs, and for general soreness in my calves, back, and neck. I've experimented with various foam densities, materials, and textures. All that is to say that I know my way around foam rollers, and I've never experienced anything like this.

For starters, the Vyper uses very firm foam. In fact it's so firm that even without the vibration, using it can be a pretty intense experience. It has an on/off switch on one end that's surrounded by a ring of LEDs, which let you know how much charge it has left (it can go for 2.5 hours on its highest setting, which is really impressive). On the opposite end is a button you press to cycle it through its three different levels of intensity, and it's this intensity that sets the Vyper apart.

Vyper claims the settings are "low," "medium," and "high," but this is inaccurate. The actual settings are, "high," "REALLY high," and "It's OK, Timmy, I'm going to a better place." This is only a slight exaggeration. At the highest speed I could barely hold it in my hand. It shakes with such intensity that your muscles, tendons, and ligaments seem to liquify when pressed against it. When I used it on my shoulders and upper back it shook my brain and internal organs so much that I thought I was going to have an out of body experience. I had images of Spaceball One going to "Ludicrous Speed" in Spaceballs.

Look again at that GIF up top. It's vibrating so hard that it seems to float above my thick carpet. It almost looks like the edges are spinning in the opposite direction from the middle. Sorcery I tell you! 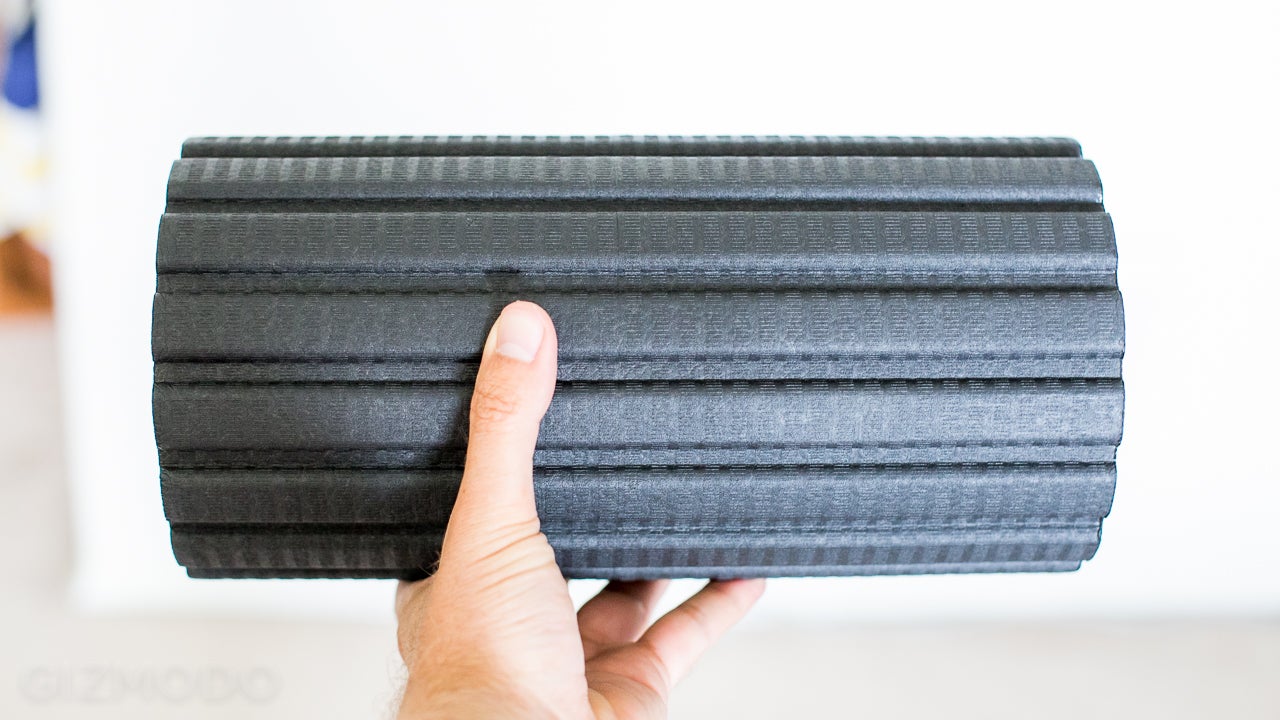 But while it's extremely intense, it's not unpleasant. In fact, it's wonderful. With other rollers I basically have to stack my top leg onto my bottom one so I can generate enough pressure to really grind out my IT bands. With the Vyper, I don't have to do that. It shakes the tissue so hard that it releases despite itself. It really does feel like your muscle is liquifying, but not in an unpleasant way. In fact, I found that I need to spend less time and less energy with the Vyper and was still able to achieve better results than with a traditional, non-vibrating roller.

During development the Vyper was tested by some real and serious athletes, which is pretty rare for a Kickstarter project. Blake Griffin and Adrian Peterson (who are partial owners of Hyperice) were the first two, but there were other big names, too, such as Lindsay Vonn, Troy Polamalu, Kevin Durant, Clay Matthews, and some guy from Cleveland named LeBron (probably a fake name). We don't generally care about celebrity endorsements, but at least they got the right celebrities for the job. Nobody messes with Griffin. 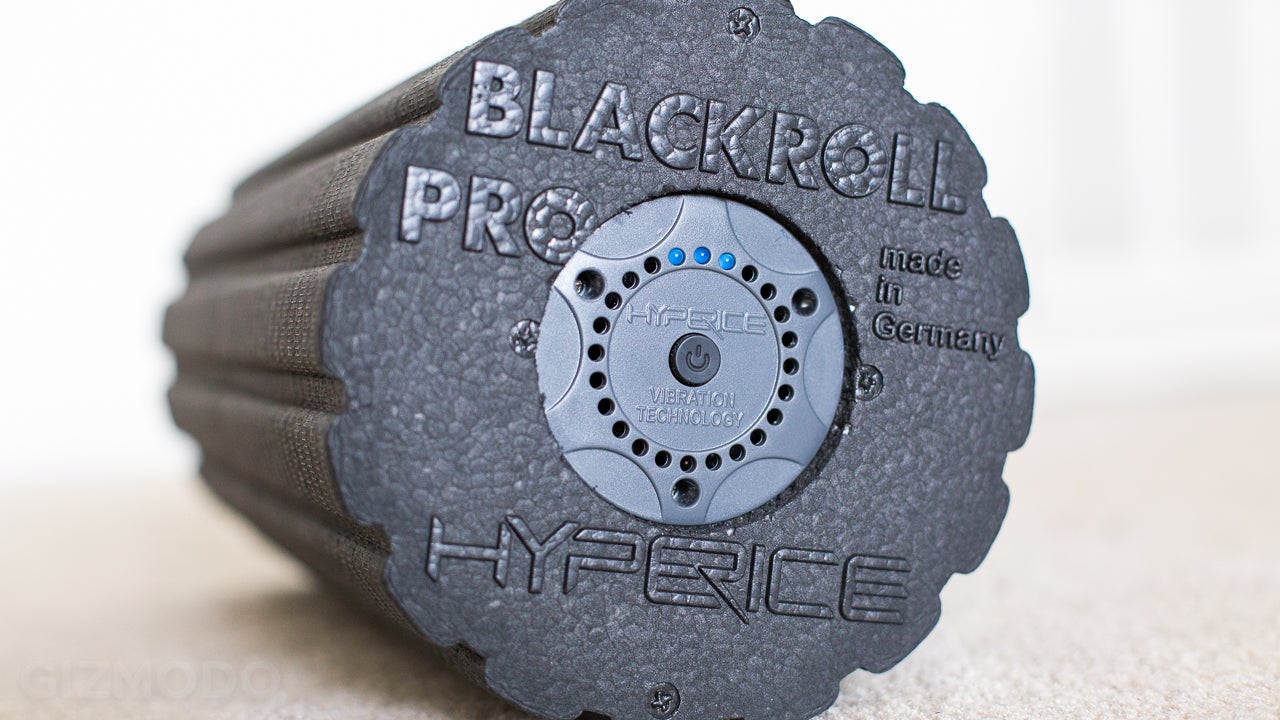 As far as criticisms go, the Vyper isn't all that long. It's 11.5 inches, which makes it pretty convenient for travel, but when you're rolling it up and down long muscle-groups it's more likely to turn a little and slip out of place, which can be annoying when you're in the middle of a peyote-visionesque releasing session. The other thing is that it ain't quiet, especially when it's smooshed between your body and the floor. The motor is strong enough that it will cause your whole floor to vibrate and if you have downstairs neighbours they will wish death upon you.

There's also the price. If you get in before the Kickstarter campaign closes (this Friday, August 29) it will run you $US200. Considering you can get an extra firm, textured foam roller on Amazon for about $US40, that's asking a lot. We feel like the price probably makes it a bit too niche for your average person who just wants to loosen up a little. That said, if you're a serious athlete or if you're using a foam roller as a part of physical therapy or rehab, it is very likely worth the investment. It's the best foam roller I've ever used by an enormous margin. [Kickstarter]