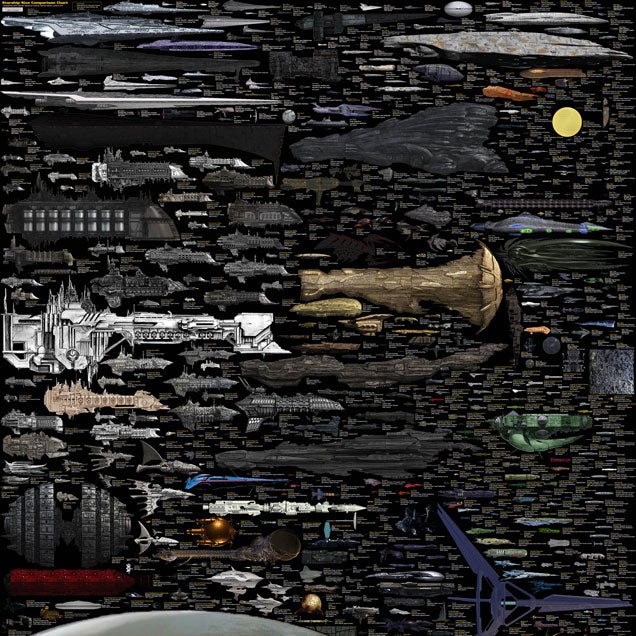 At last, it’s done. The biggest spaceship size chart ever created is now complete and fully operational. 4268×5690 pixels of technological terror that includes everything from the smaller Star War ships to EVE. According to its author, this is the last update. It’s epic.

From the author, Dirk Loechel:

For real this time: This is the final major content update, though if there are issues I’ll still fix them. I also haven’t forgotten I wanted to vectorize the writing. It’s still on the radar. But content-wise, I think that is about all I can put in.

Also, I added the ISS. For scale. It’s on top, with a yellow frame so it’s relatively easy to find.

Lots of errors fixed, lots of new ships too. Well, off for now, but I’ll be replying in the comments more or less regularly.

Also added a few more ships and switched the Eternal Crusader for the Legate Class battle barge, which is a class ship and not a unique ship.

Click here and get lost in it, my friends. It’s awesome.