Syria's 'Monuments Men' Are Trying To Save History Amidst ISIS Chaos 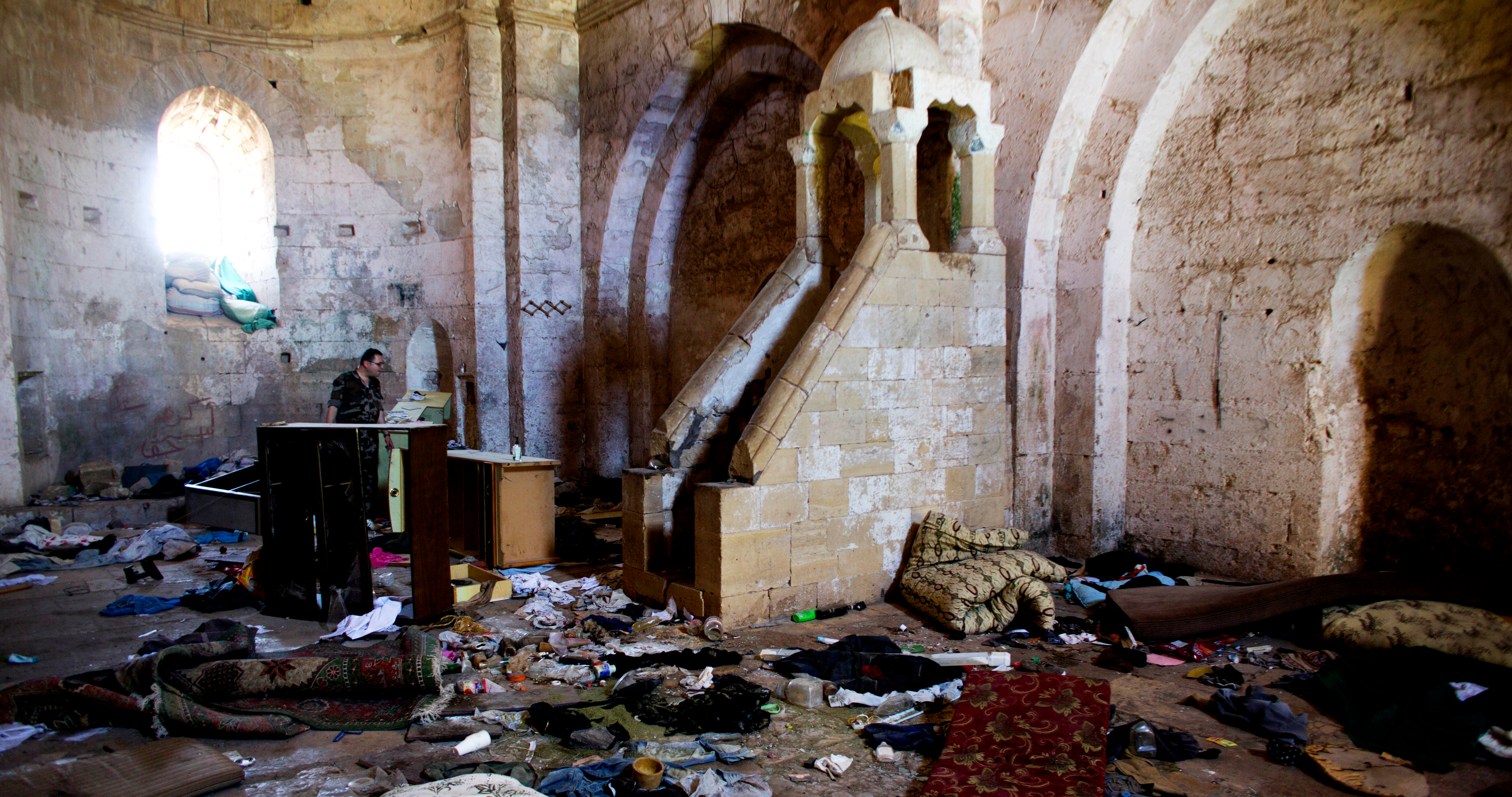 Roman ruins. Byzantine villages. Umayyad architecture. The relics of the Hittites, Assyrians, Arabs, Mongols, Mamelukes and Ottomans. Syria has some of the most remarkable cultural history in the world — and now, National Geographic reports that Syrians are using archaeological first aid to save it.

In a report from Andrew Curry today, we learn that a coalition of preservationists are helping Syrians obtain the knowledge and materials they need to protect the heritage sites that still remain untouched by looting and destruction. It's a bit like the "Monuments Men", a crack team of art historians and curators who traveled through Europe during World War II, saving priceless artwork and tracking looters, as Curry explains:

At a recent workshop held in Turkey, near the Syrian border, curators and restoration experts taught Syrians emergency conservation techniques, such as wrapping mosaics and ceramics in Tyvek, a tough, lightweight plastic used in construction, before burying or sandbagging them. The workshop participants left Turkey with supplies of Tyvek and other hard-to-come-by items, like museum-grade glue.

If it sounds like a last-ditch effort, that's because to some extent, it is. The damage to Syria's heritage sites is extensive and heartbreaking, ranging from looting museums to completely destroying the Great Mosque of Aleppo, a 12th century structure that was "reduced to a pile of rubble" during clashes between the Syrian army and rebels last year. It's seen here, before and after the fighting: 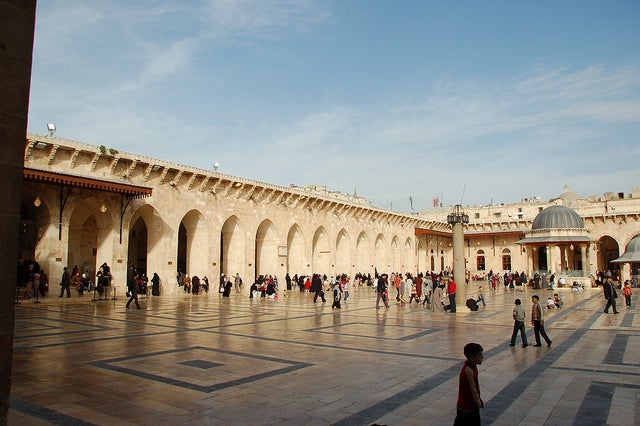 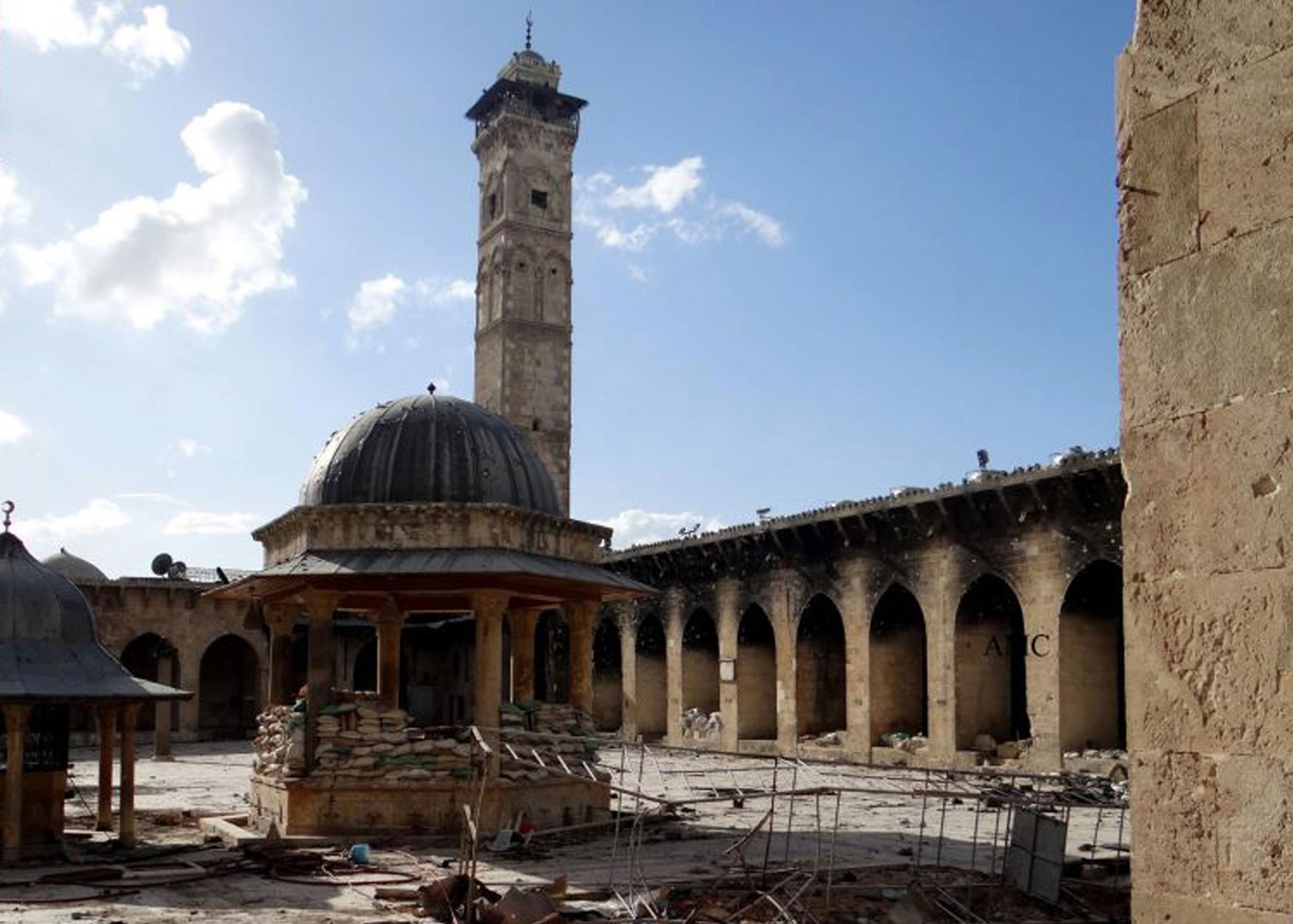 Of course, the real tragedy is the human toll of the fighting — but historic and cultural monuments are an important part of national identity, and as Curry points out, these played no small economic role in Syria before the war began. [National Geographic]