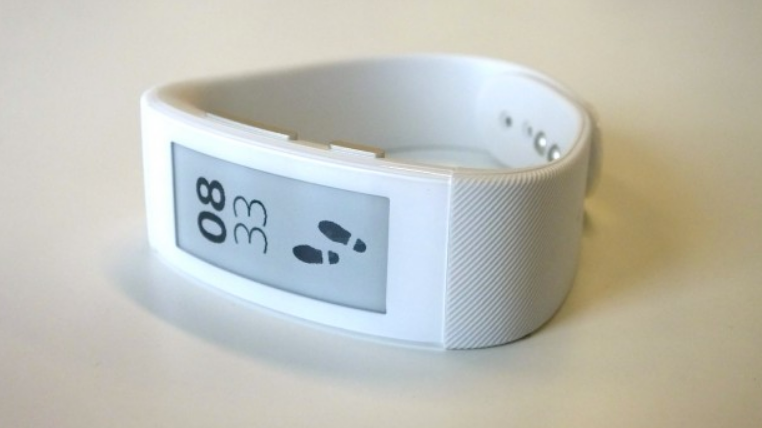 Sony’s SmartBand Talk is what you’d get if you crossed the company’s original SmartBand (released earlier this year) with the excellent Pebble smartwatch. More of a fitness and lifelogging accessory than a full-blown smartwatch, it does however share an E-Ink display in common with the Pebble timepiece.

The SmartBand Talk pairs up with an Android 4.4 phone and has a built in microphone, letting you take calls directly from your wrist, access and call a contact, or set a playlist to start playing. Always on thanks to the low-power drawer of its 288 x 128 E-Ink display, you’ll get a solid three days of use out of the 26g SmartBand Talk before needing to recharge its built in battery. Available with a black or white bezel, the inch-long display is a separate module, letting you take it out and place it in a number of different coloured straps for a more personal feel.

To get the most from the SmartBand Talk, you’ll have to pair it with Sony’s Lifelog app, which launched alongside the first SmartBand. Information from Sony’s Lifelog app, such as steps taken, places visited and even transportation taken, will be presented at a glance on the wearable, while a user can bookmark a particularly momentous part of a day with a press of a button on the device. Because of its waterproofing you could feasibly wear this all day long — even while swimming or showering. And thanks to its built-in motion sensors, the SmartBand Talk even supports some useful-if-silly gestures — a click of your fingers is recognised by the SmartBand Talk, and can be used to start and stop music playback.