Remembering Car Design's Golden Age Through The Eyes Of Its Designers

American car design reached its experimental, optimistic zenith in the post-WWII era. Yet for every car built, hundreds of sketches and concepts were destroyed, the designers who penned them working in corporate anonymity. This new documentary works to bring these ageing designers and their beautiful concept work back into the spotlight.

American Dreaming is the project of Greg Salustro, Robert Edwards, and cinematographer Jim Toscano. Salustro and Edwards grew up in postwar Detroit, when the auto industry was booming and designers captured the enthusiasm and innovation of the era with daring, space-age concepts. The project began when Edwards started finding styling sketches from the major manufacturers' design studios at garage sales and flea markets.

"I started picking the drawings up here and there and becoming more intrigued with them," Edwards told the classic car website Hemmings Daily. "I met a couple of the designers, and the unfortunate reality when some of them passed away led me to the sense that their stories are disappearing so rapidly." 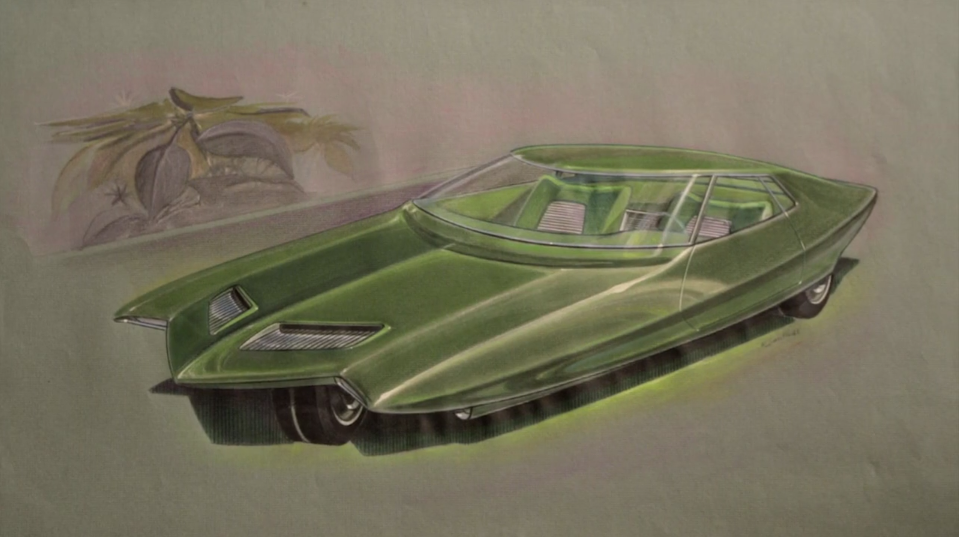 These concept sketches offer a look inside what was going on at Ford, GM, and Chrysler during the golden age of American car design, 1948 to 1973. The sketches unearthed by American Dreaming's documentarians represent only a minuscule fraction of what design departments created in that era: Aside from famous head stylists like Harley Earl and Bill Mitchell, most designers worked as anonymous members of a brand's styling house, their unused sketches destroyed to prevent copycatting by the competition.

As Elia "Russ" Russinoff, who designed for GM for forty years, explains in the trailer, a number of designers couldn't stomach seeing their unrealized concepts fed to the shredder — so they spirited out their best work, hidden under false floors in shipping crates.

Those secretly smuggled sketches and the brilliant minds that created them are gradually being lost to time. That's a shame, because the concepts the American auto industry cranked out in the post-war era still inform modern design today. American Dreaming hopes to preserve that unseen legacy. It's a dream project, whether you're a car enthusiast, a design nerd, or simply someone fascinated by the past visions of our transportation future. [American Dreaming via Hemmings Daily]