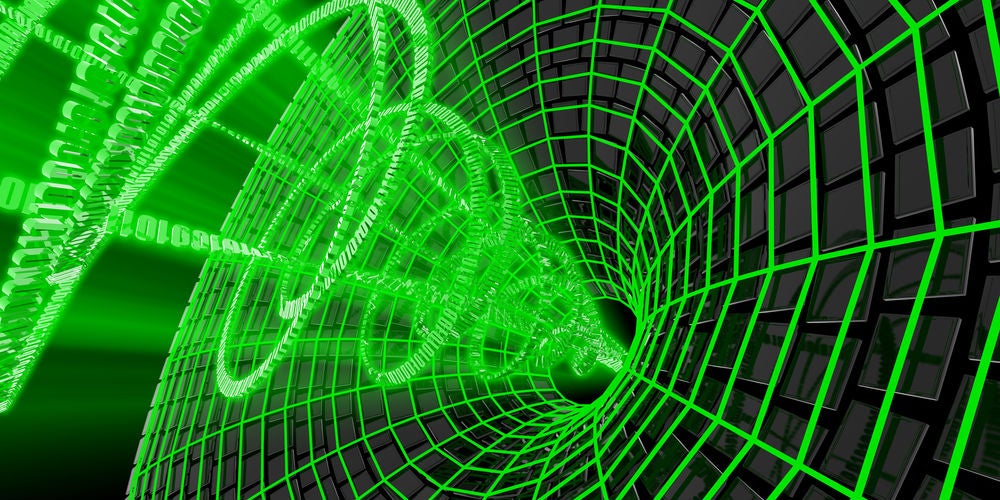 Coaxial wiring — like what runs into your cable box — revolutionised data transmission by drastically widening the wire's data pipeline. Two years ago, a research team from University of Southern California accomplished the feat using a vortex of lasers. Now, that same team is back with a means of coiling radio waves around themselves that could provide us with theoretically limitless, long-range Wi-Fi connectivity.

Radio waves as we use them today actually spin along an axis (aka spin angular momentum or SAM), same way the Earth rotates around its poles. To get two radio waves to spin around each other, however, the USC team has leveraged the effects of orbital angular momentum (OAM) — its the equivalent of the Earth rotating around the Sun. By coiling two waves around one another, researchers are able to essentially create a 3D radio wave out of the pair of 2D precursors to generate a signal capable of supporting up to 32 Gbps speeds.

Obviously, that's only about a third of the world record — held by a team of German researchers who clocked in at a whopping 100 Gbps — however achieving those speeds outside of a lab is nearly impossible. These systems require carefully calibrated lasers beaming data over very short distances with minimal atmospheric disturbances. It's not like you can go slap one up on top of a telephone pole and start beaming data all over the place. But with a radio-based OAM, you just might.

Where lasers must be coddled and coaxed to produce their high speeds over the range of a few inches or feet, radio waves can travel for many miles through rain, sleet, and snow. This could therefore open the possibility of finally delivering broadband wireless connectivity throughout America, especially in our many rural areas where running coax is prohibitively difficult or expensive. And we won't even have to take over UHF. [Nature via Extremetech]