No, A Smoke-Filled Airliner Is Not A Good Place For A Selfie 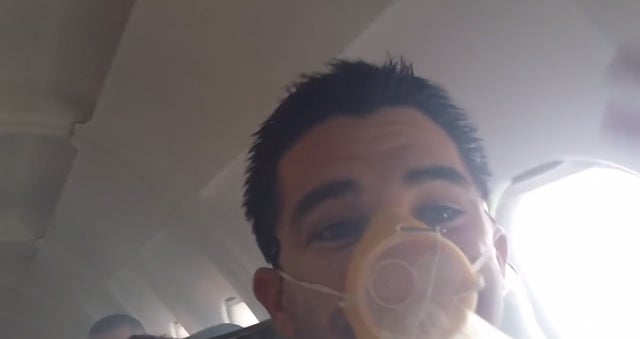 Most humans' priority when their flying metal tube starts filling with smoke: panic, scream, scrabble for oxygen mask, pee their pants a little. This guy? He pulls out his smartphone and starts video-selfie-ing for all he's worth.

A Jet Blue airliner had to make an emergency landing this morning after taking off from Long Beach. According to CBS, the pilots had received a warning signal that the engine was overheating, before the cabin started to fill with smoke, they deployed the extinguishers, before turning for home, tail firmly between legs.

This is about where our intrepid YouTuber picks up, taking a (frankly terrifying) video of the smoke-filled cabin, and himself. To his credit, the pilot sounds ice-cool, telling the passengers that one of the engines has failed (gulp) and that they will try and get rid of the smoke pronto.

Thankfully, it all worked out relatively happily in the end — four passengers were treated by paramedics at the scene, with one being transferred to a local hospital with breathing difficulties. [YouTube, CBS]