Microsoft Is Buying Minecraft For $US2.5 Billion 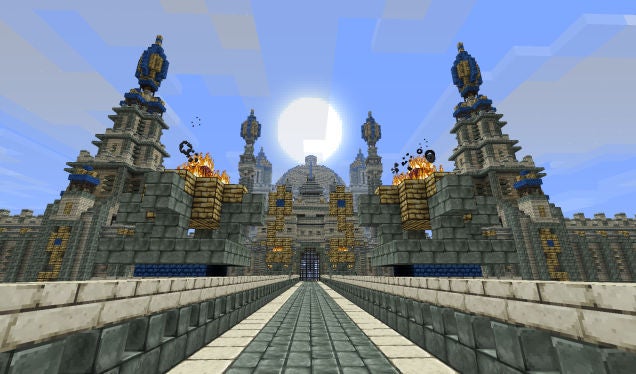 The rumours are true, Microsoft is snapping up the block-based blockbuster Minecraft and the studio behind it. But don't freak out; Microsoft promises that Minecraft will continue to be available on all the platforms it's already on, including PC, Android, iOS, and yes, Playstation.

While Microsoft is getting both Minecraft and Mojang in the $US2.5 billion deal, that doesn't mean that mastermind Notch and co. are coming along with. In fact, as Peter Kafka points out, Microsoft's press release oh-so-off-handedly mentions that the acquisition is happening "As [the game's] founders move on to start new projects." According to a statement from Mojang, the majority of the studio's staff will be staying on, but all of the studios founders are abandoning ship.

As for why Microsoft would want to buy Minecraft and Mojang, there are a few reasons. Minecraft on the Xbox 360 quickly became one of the system's fastest selling games, and the block-builder continues to be wildly popular on other platforms as well. Why not buy the whole cow? And that's not to mention that having Minecraft in its pocket gives Microsoft an in with the kiddies; Minecraft is cooler than Windows 8 will ever be. And while Minecraft is hardly a social network, it does have a thriving community of rabidly devoted fans that Microsoft would surely love to bring into the fold assuming that new, corporate overlords don't send players running for the hills.

But maybe most excitingly, this deal could mean that Minecraft might finally come to an Oculus Rift. It's a project that was in planning stages, but that screeched to a halt when Facebook bought Oculus. Of course it Microsoft has its own VR system in the works, there's also the possibility that Minecraft could be its Big Exclusive, but at this point it's too early to tell. But whatever Mojang's got in the hopper for next, you can expect it to have Microsoft all over it.