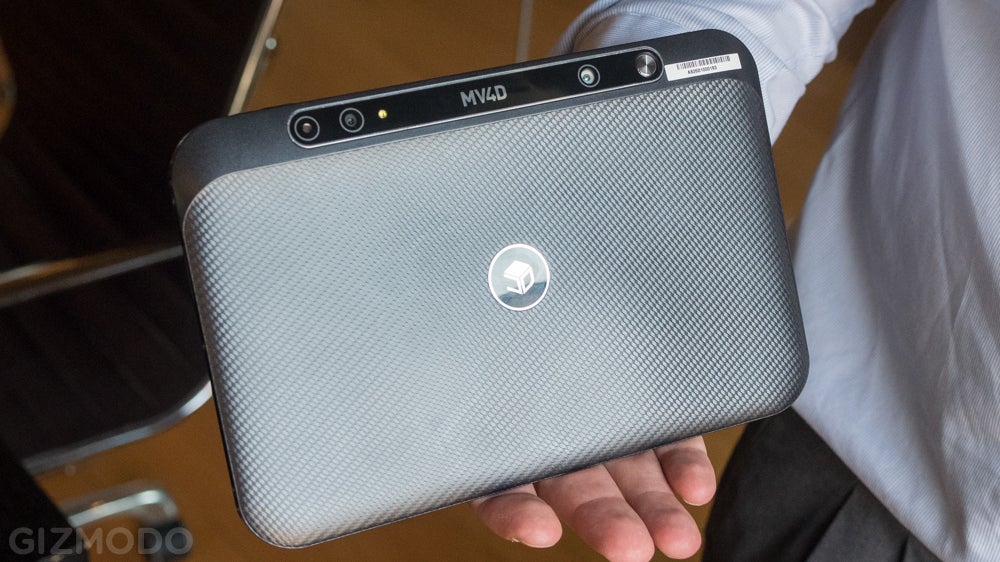 Mantis Vision is best known as one of the companies behind the tech in Google's 3D-mapping Project Tango tablet. Today, it's pushing out an Android tablet of its own, called Aquila.

From the surface, the 1920x1200 8-inch Aquila tablet, made in partnership with hardware company Flextronics, looks a lot like a the Project Tango hardware we saw earlier this year. It has a 13-megapixel colour camera and a IR camera for depth sensing that's enabled by a built-in IR flash. When combined with very detailed motion sensing information, the the data from these cameras, can be used to create extraordinarily detailed 3D maps of the world around you in real-time. Imagine flashing the tablet over a scene and immediately having a 3D picture you can interact with.

But according to Mantis, Aquila is different from Tango in important ways. Google's super-powerful tablet was loaded with hardware designed for 3D mapping in some very specific use-cases, like capturing a detailed 3D picture of the dimensions of a building in more or less real-time. To do it, Google used some fancy tech like Nvidia's Tegra K processor and a hodgepodge of tech from a long list of 3D imaging startups

By contrast, the the Aquila tablet uses the same Snapdragon 801 processor found in most flagship phones. Everything from the processor to the cameras is hardware you can buy off the shelf. Rather than close off possibilities to developers by incorporating a lot of proprietary or specialised tech, Mantis hopes to leave more options open.

To that end, Mantis is opening up its own tech and giving developers very low-level access to the tablet's 3D mapping powers with its M4VD camera control SDK, and its M4VD processing engine. The goal is to try to become the open-standard platform developers use to build technology for 3D mapping. Looking forward, the OEM-ready development tablet will be ready by the end of the year. By the middle of 2015, Mantis says there will be consumer hardware available that uses its 3D tech. 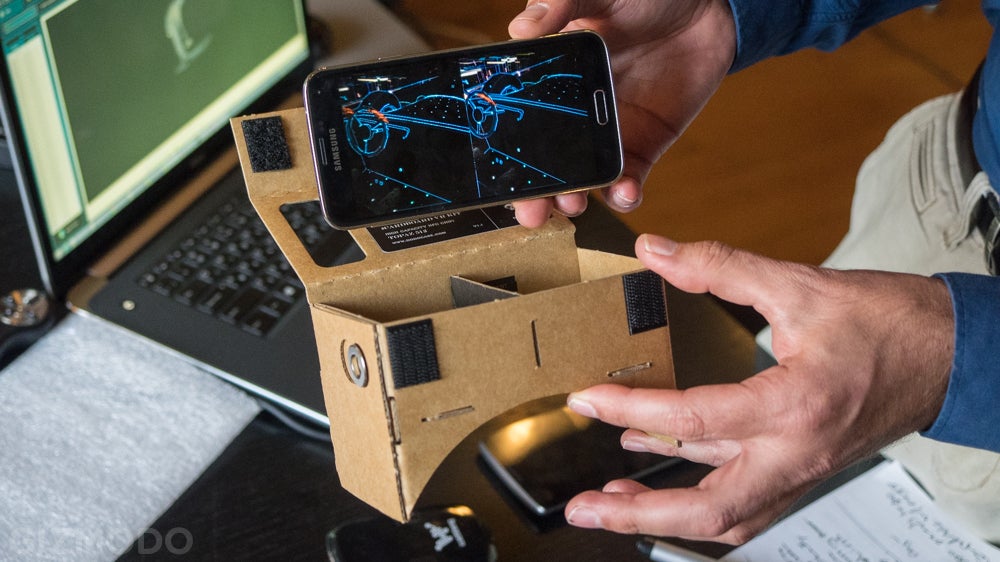 What exactly is all of this good for? Well, this is where the Mantis developers get heady and start talking about a future where user-generated goes from basic 2D snapshots and videos to immersive 3D worlds. But there's nothing too concrete to show because the tech is so new.

But to be fair to Mantis' ambitions, much of what virtual reality concepts like Oculus Rift are missing is really good content. Mantis showed us some of its on-the-fly rendering of a 3D world in a Google Cardboard-like VR headset using just a Samsung Galaxy S5. In the demo, I could look around speeding convertible with the top down. It wasn't perfect, but it was amazing that I was looking at immersive content that was being rendered in real-time on just a mobile chipset.

If VR catches on, we're going to need that kind of power. Mantis' Aquila tablet is just for developers now, but it could realistically be one of the missing pieces to building out an ecosystem of immersive 3D content — especially if Mantis' open technology policy can help build an enthusiastic community of developers who want to use it.