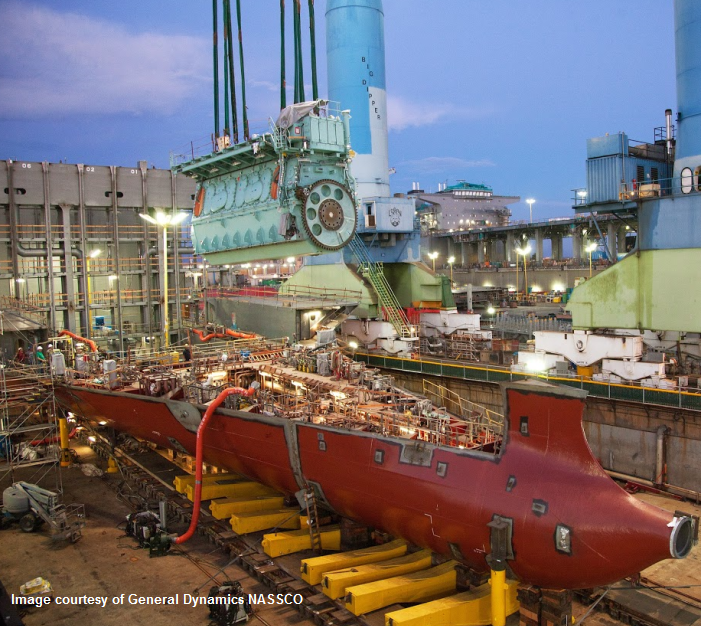 "This large slow speed (two stroke) dual fuel engine is the first of its kind in the world" said Phil Morrell, Vice President of Commercial Marine Operations for TOTE Services, in a press statement. "Using this engine in our new Marlin class vessels will not only drastically reduce our SOx, NOx, particulate matter and greenhouse gas emissions as a result of using liquefied natural gas, but it will also improve our efficiency meaning these ships will require less energy to travel the same distance and help preserve the environment."

The General Dynamics NASSCO shipyard in San Diego is currently working on both this ship and its twin sister. Should construction continue on schedule, these vessels will hit the high seas at the end of next year and late 2016, respectively. [Tote via GCaptain]