Monster Machines: Everything You Need To Know About NASA's New Mars Orbiter 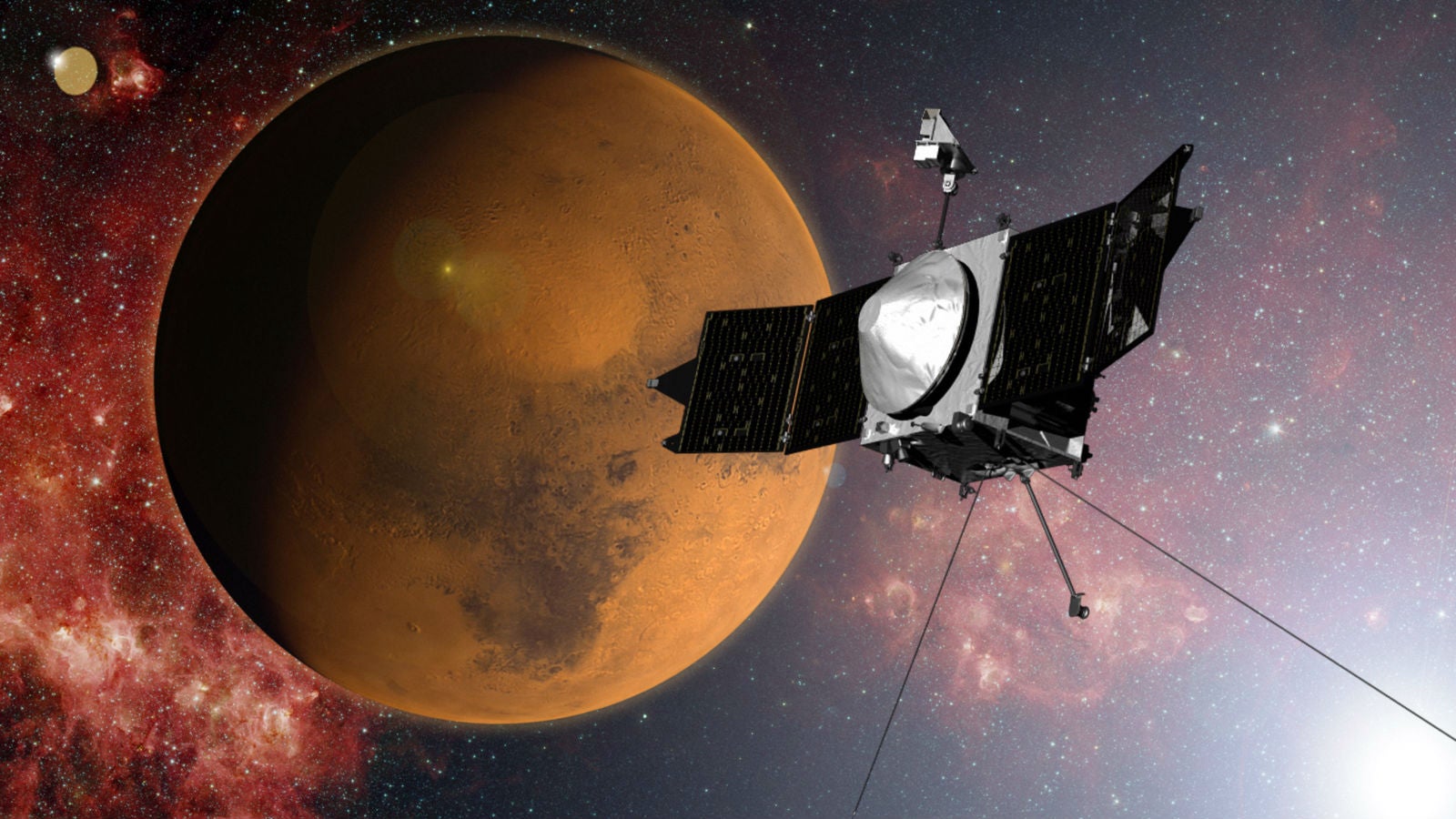 It took just ten months for NASA's water-seeking satellite to traverse the 711 million kilometres between Earth and Mars. And, now that it has successfully entered stable orbit around the red planet, it's time to get to work figuring out where the heck all that water went.

The MAVEN spacecraft won't pound the soil with ground penetrating radar in search of Dihydrogen Monoxide but rather observe the planet's thin upper atmosphere for clues. According to a NASA press release published last Wednesday, remotely inserting a satellite into orbit from more than 400 million miles away was not quite as simple as it sounds:

The orbit-insertion manoeuvre will begin with the brief firing of six small thruster engines to steady the spacecraft. The engines will ignite and burn for 33 minutes to slow the craft, allowing it to be pulled into an elliptical orbit with a period of 35 hours.

Over the next six weeks, the MAVEN will finalise its orbit, unfurl its instruments, and boot up its analysers ahead of a year-long mission to study the composition and structure of our sister planet's atmosphere. [NASA]