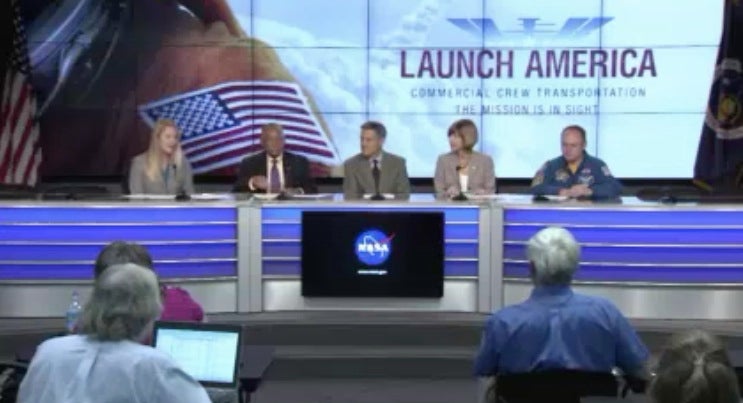 NASA just announced a critical component of Launch America, the country's highly anticipated next chapter in human spaceflight. The organisation confirmed in a press conference today that Boeing and SpaceX will split the $US6.8 billion "space taxi" contract, with $US4.2 billion going to Boeing and $US2.6 billion to SpaceX.

Essentially, Boeing's CST-100 Space Capsule and SpaceX's Dragon will each send a test flight to the International Space Station to demonstrate their space taxi capabilities. Each team will fly to the ISS with a NASA crew member and cargo, show that they can dock to the station, and return to Earth safely. Astronauts could be hitching a ride on the space taxi pilot program as soon as 2017.

Using these privately designed and manufactured capsules will allow NASA to transport humans to the International Space Station and beyond at a fraction of the cost, and give the US independence so it won't have to rely on Russia to hitch rides out of the atmosphere. It will also allow NASA to focus on sending a manned mission to Mars, and, eventually, set up a viable system for space tourism.