It's OK to desire the finer things in life, but at what point do you draw the line between luxury and exorbitance? Probably somewhere well before this insane 60m long mega-yacht from CRN called the J'ade, which features a built-in garage that smaller boats can drive right into.

Larger boats carrying smaller boats isn't a new trend by any means; they usually serve as tender craft carrying passengers to shore when the yacht is simply too big to pull into a dock. But those boats are often raised and lowered using cranes. The J'ade is the first luxury yacht to feature an actual garage that floods, allowing an 8m speedboat to be driven right inside.

Once the smaller boat is secured, the flooded garage can be drained in just three minutes, reducing the weight the yacht's pair of massive 1500kW engines has to push around. 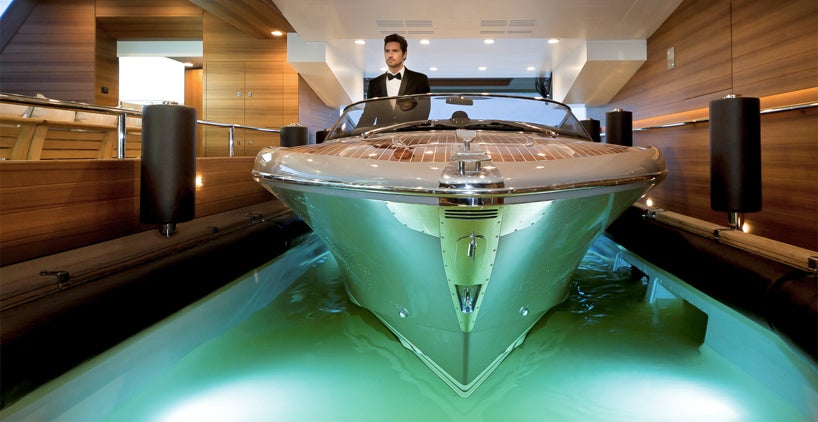 As for pricing, if you have to ask you'll want to just move along. This isn't the kind of toy you order at your local boat show. It's the kind of thing that's custom-built and delivered to anywhere in the world you need it. But with capacity for 13 crew members and 10 guests, maybe you can find 22 friends who are willing to split the cost with you, and then work out a sort of time-share deal. Just remember that fuel costs alone are probably more expensive than just the speedboat this massive craft is designed to accommodate. [CRN via designboom]