A Specimen Box Full Of Tiny Paper Aeroplanes Instead Of Bugs

It's hard to understand the appeal of displaying the corpses of dead insects and other small creatures on pins in a specimen box, but tiny paper aeroplane versions of famous aircraft? That deserves to hang in the Louvre, or your home office as a second best scenario.

Working from detailed schematics of the planes, Markus Fischer hand crafts each paper model to perfectly recreate the silhouette of the real thing, including notable features so the tiny crafts are recognisable from a distance. They don't fly, but neither do the butterflies and other insects you'll usually find inside a specimen box — so at least this version is less macabre. 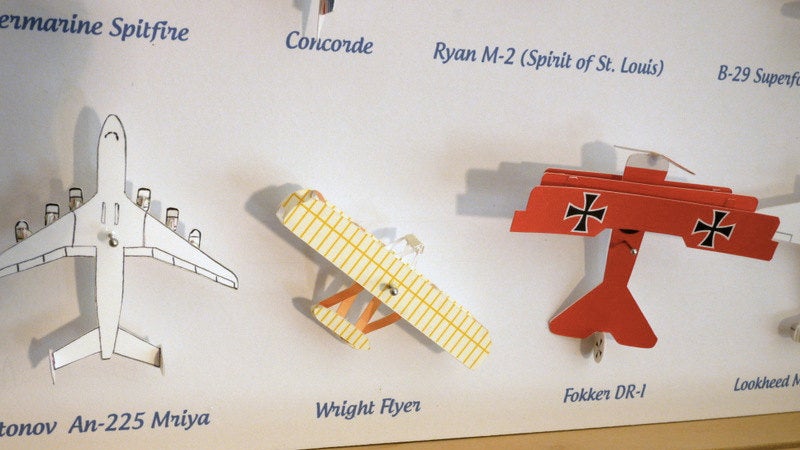 The standard version of this $US128 set includes tiny versions of famous planes like the Wright Flyer, the Concorde, and even the Red Baron's tri-plane. But if there's a plane that's particularly close to your heart that's not included, Markus is happy to create a custom design, as long as you're happy to pay for it. [Etsy via Laughing Squid]