London's always got a hell of a lot of cool stuff going on, but there's one very special time of year when the city's annual Design Festival hits and every nook and cranny of England's capital city is crammed with creative installations, events, shows, and all kinds of good stuff.

I'm exceptionally jealous of anyone who got to visit because I would have liked nothing more than to cruise around and check out all this awesome stuff. Some of it's practical, some more prototypical, makes-u-thinky, but all worth a second look. Here's a selection of what was on display; holler in the comments if you have a fave I missed. [London Design Festival]

The Rooftop Line by Romain Meunier and Tsvetelina Tomova 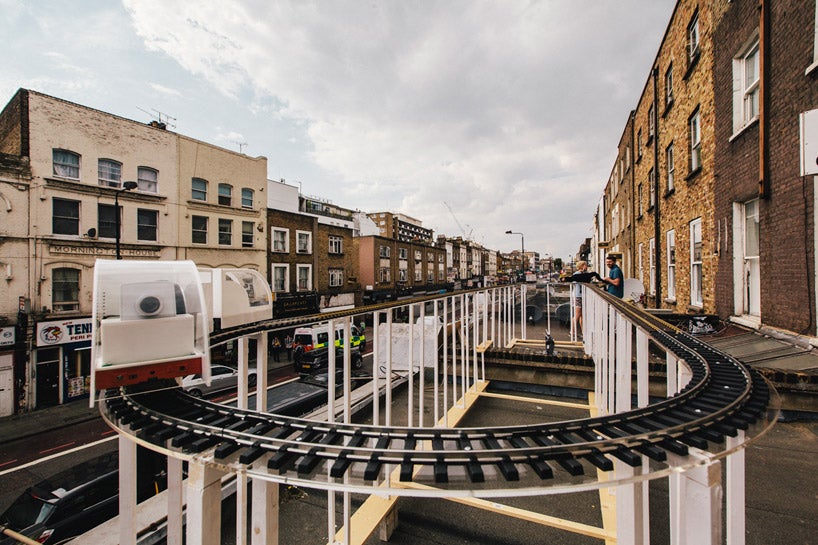 This adorable little train ran around a track above the streets of north London, outfitted with a cam that streamed the roundabout footage down to a gallery below. It was one of five High Street Highline projects organised by the Camden Collective, a creative organisation putting together fun projects for the neighbourhood, each of which made good — and fun, and a little bit weird — use of available above-building space in the area.

The First Law of Kipple by Dan Tobin Smith 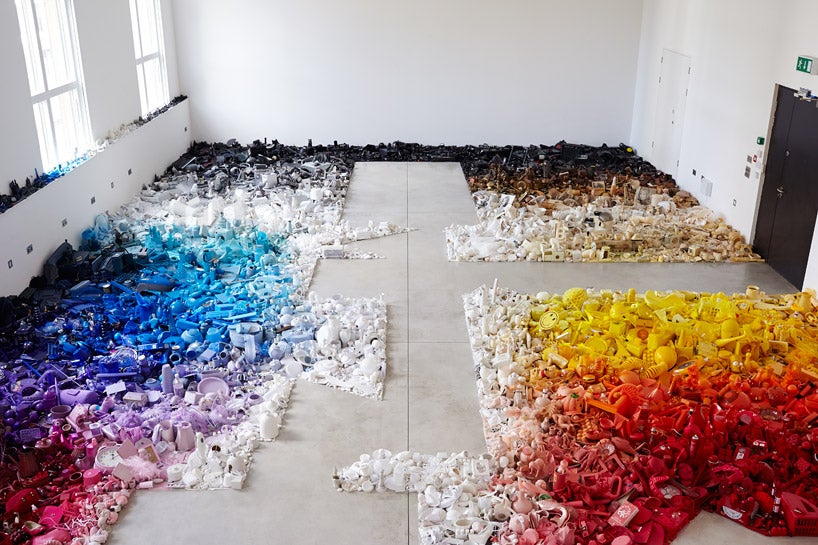 Photographer Dan Tobin Smith is a longtime fan of Philip K. Dick, who came up with the concept of something called "kipple" in Do Androids Dream of Electric Sheep.

'Kipple is useless objects, like junk mail or match folders after you use the last match or gum wrappers or yesterday's newspaper. When nobody's around, kipple reproduces itself … the entire universe is moving towards a final state of total, absolute kippleization.'

Smith's installation envisions a beautifully cluttered vision of a world where our junky treasures take over in a veritable rainbow of bits and bobs, composed of contributions from the public. 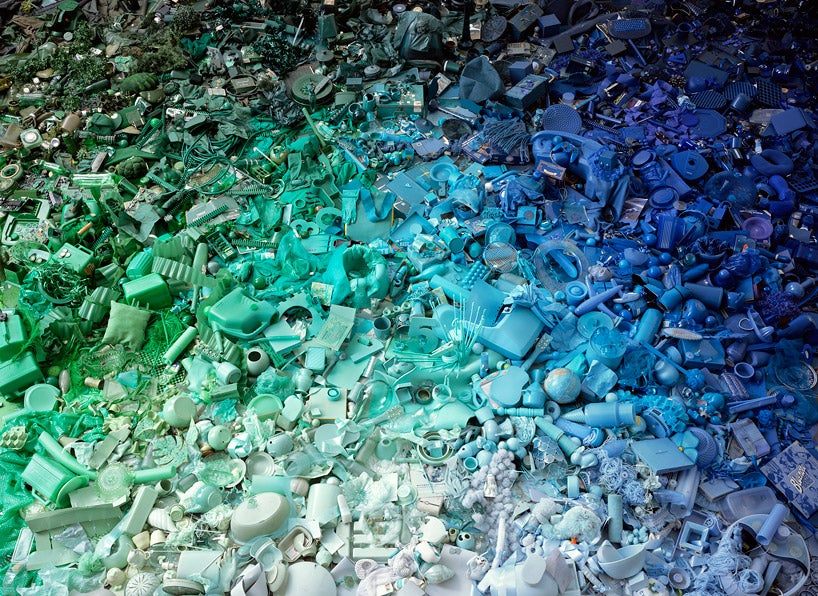 Double Space by Barber and Osgerby 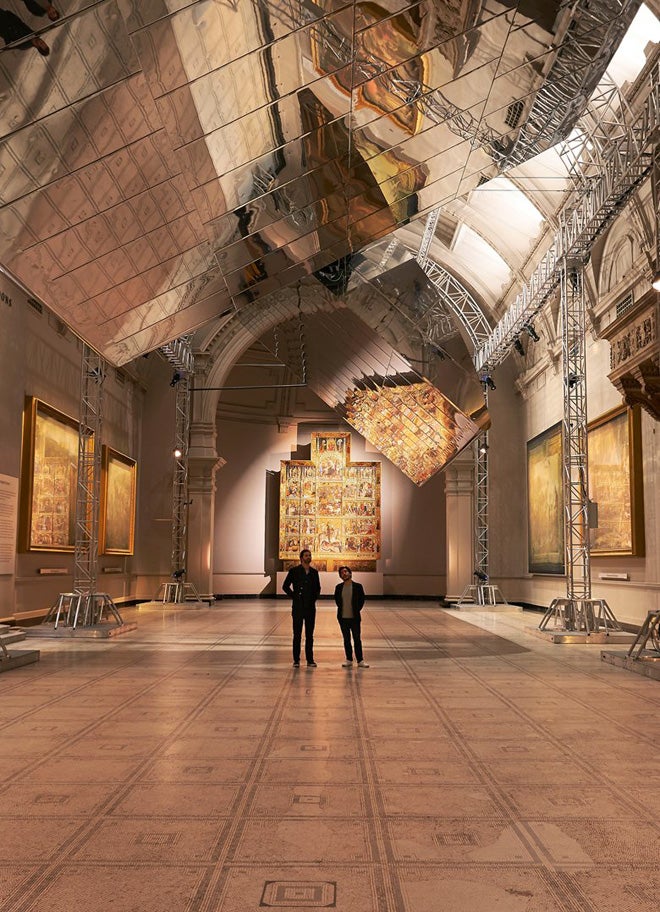 This might be trippiest of the bunch. Prides of Britain Jay Barber and Edward Osgerby (in partnership with BMW) transformed the the V&A Museum's Raphael Gallery into an epic hall of mirrors. The massive reflective panels placed at angles to the floor and ceiling move very slowly, showing the classic masterworks off in a distorted new light. 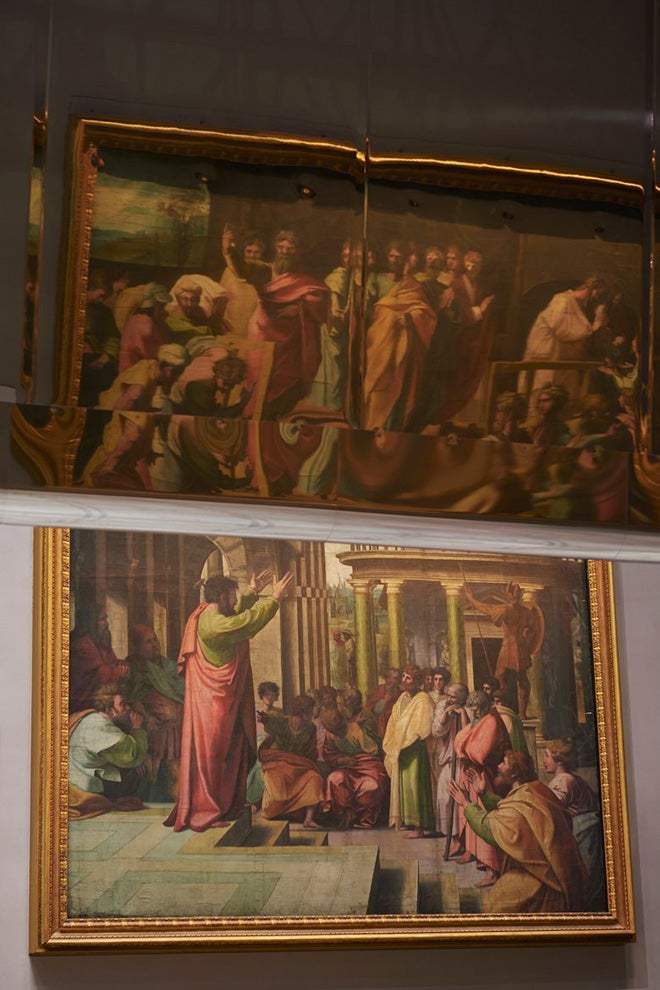 Out of the Cage by Gala Fernandez and Nouvel Studio 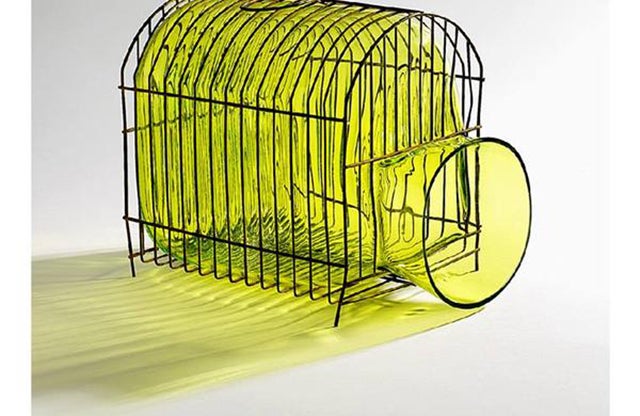 Cages became creative molds in this lovely project by Mexican designer Gala Fernandez. Each of the glass vessels was blown into these wired structures, making for unique shapes and an interesting tension between the materials and form. I love it. I could look at these all day long. 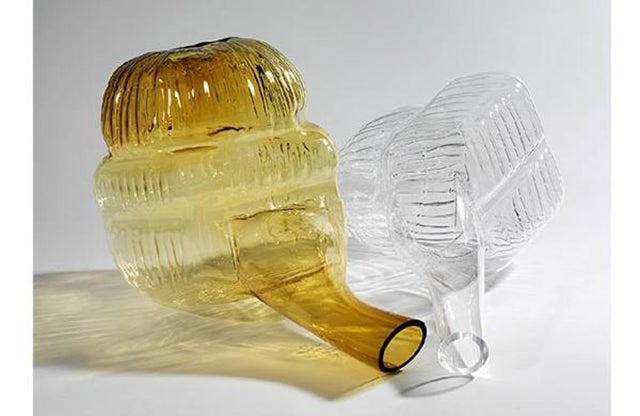 Driverless Sleeper Car of the Future by Dominic Wilcox 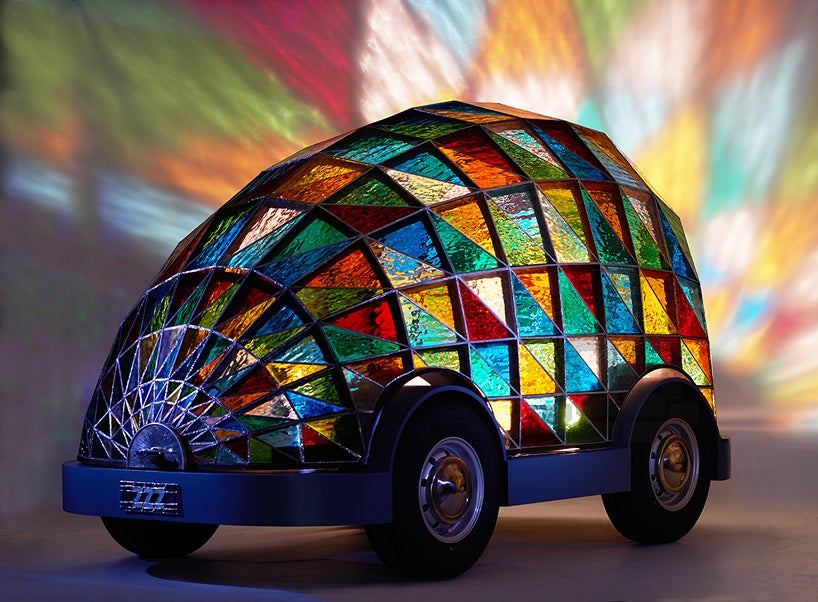 Mr. Musk has predicted that self-driving Teslas are only six years away, but it's going to be a while until every car on the road is controlled by people. London-based designer (and whimsy master) Dominic Wilcox believes that these vehicles will be so safe that this tricked out Mini frame with a stained glass chassis would be totally cool cruising down the road. 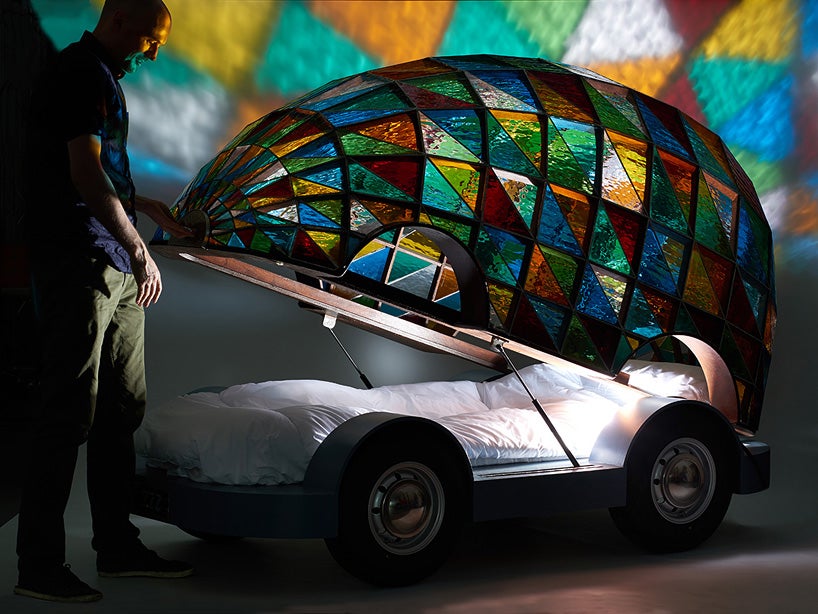 Why the hell not, amirite? This is... not regulation size. But the British designer's curvy creation would be fun to play around with, and I won't believe anyone who says otherwise. Plus, solid conversation starter if you have one of these in your game room. 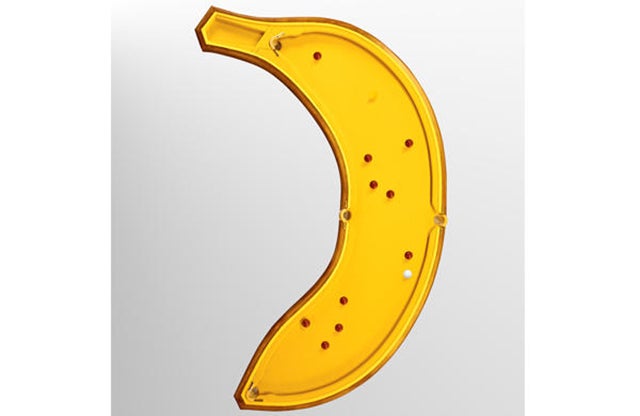 We wrote about this cool mobile artwork a while back, but the delicate balancing-black-ink contraption was on display at the V & A for the week's festivities. I feel like it would be the kind of thing that would be very, very, easy to get hypnotised by. Needs a more blissed out soundtrack though. 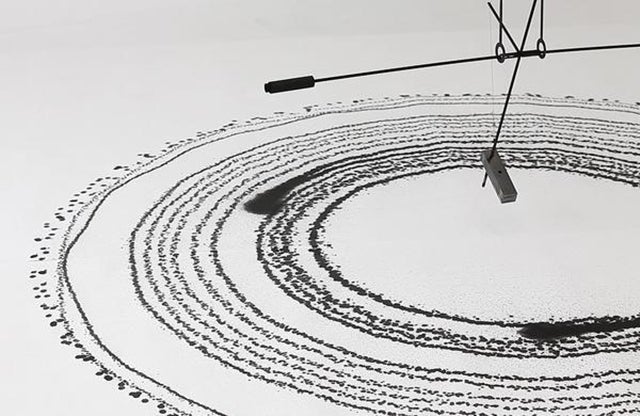