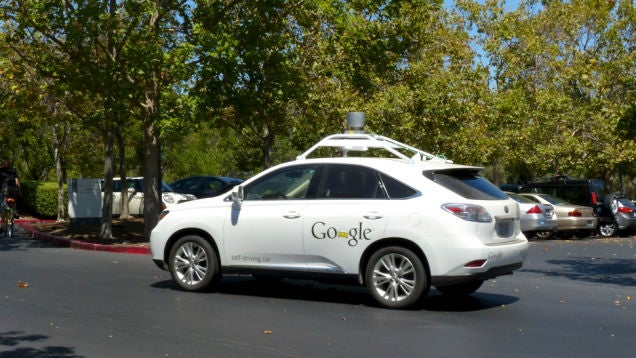 Somewhere in the Googleplex, Google has a digital simulation of the entire Californian road system to test its self-driving cars. This, says Google, allows it to perform “decades worth of testing” in just hours.

Indeed, Google has such confidence in its system that is now lobbying the California’s government to certify these self-driving vehicles based solely on these virtual tests rather than real driving. Rob Medford, Google’s safety director for the self-driving car has written a letter in early 2014 to California state officials, which The Guardian has obtained. Medford writes: “Computer simulations are actually more valuable, as they allow manufacturers to test their software under far more conditions and stresses than could possibly be achieved on a test track.”

That’s all fine, but the US Department of Motor Vehicles still isn’t biting. Not only does it still want Google to still test its cars in physical conditions, it has also put new rules in place requiring Google to put in backup steering wheel and pedal system in the cars. Just in case.

The Guardian reports that the Google cars have so far virtually driven more than 6.4 million kilometres inside the Matrix-like simulation, facing real-world challenges like lane-weaving motorists, wobbly cyclists and unpredictable pedestrians. Meanwhile, in real life Google’s cars were last said to have driven around 1.1 million kilometres over a road system that’s reportedly just 3200km long. [The Guardian via The Verge]