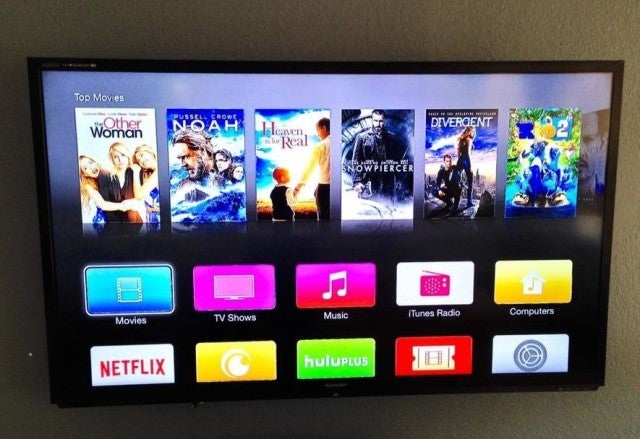 With the arrival of a minor beta update to developers this morning, the Apple TV is receiving a home screen makeover — it looks like the Apple TV is finally catching up with iOS 7 on the iPad and iPhone.

The redesign is not especially dramatic — and it’s for developers only right now — but there’s a new emphasis on colours a la iOS 7, and apps including Movies, TV Shows, Music and Computers all have new redesigned icons. Overall, icons have been made flatter too, in line with Apple’s new design standards. On top of that, Apple TV now uses the Helvetica Neue typeface Apple introduced with iOS 7. You should see it hitting your Apple TV around the same time iOS 8 hits later this year.

Consistent design across platforms is not a bad thing. However, third-party apps will still hold onto their same old, crappy icons. It would be nice to get some consistency there too, but considering the platform as a whole hasn’t gotten a lot of attention lately, we’ll take what we can get. [Cult of Mac]