Electricity bill got you down? Blame your cable box or PlayStation or printer or refrigerator or any of your smart, networked devices that have a gentle-sounding but energy-sucking "standby mode". A new report from the International Energy Agency puts the energy from networked devices worldwide at 616 terawatt-hours. That's more than the entire energy consumption of the United Kingdom.

The world's 14 billion networked devices waste a lot of power just a maintaining network connection. Standby may sound like a low-energy sleep mode, but in many cases the device is running at full power. The worst offenders are set-top boxes and game consoles, which respectively use up two-thirds and 80 per cent of their energy just sitting idle. 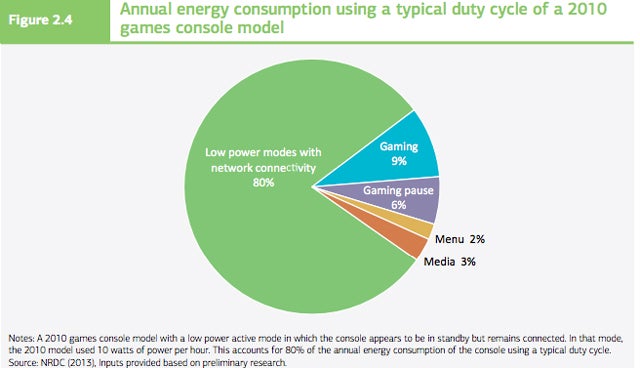 The most frustrating part is that most of it is entirely unnecessary. Using existing technology, we could reduce the total energy consumption of networked devices by 600 terawatt-hours according to the report. That's nothing to sneeze at. To put it into perspective, that's equivalent to shutting down 200 mid-sized coal power plants worldwide.

The question is... will we? Getting these devices to stop wasting energy requires changing protocols and networks, and entrenched players don't have much of an incentive. Take the set-top box, for example. We the consumers don't get much of a choice in which box the provider hands us. But we're the one stuck with the electricity bill. [International Energy Agency report, press release]