Imagine setting foot inside a building big enough to comfortably house a Concorde; a place where the aerodynamics of WWII-era Spitfires were tested, and women "doped" planes with toxic, varnish-treated textiles during WWI. There's a whole lot of history at the former Royal Aircraft Establishment (RAE) in Farnborough, England — and for the first time ever, three of the remaining wind tunnels are open to the public for an on-site art exhibition.

The Wind Tunnel Project, pulled together over the past year-and-a-half by Artliner, is offering unprecedented civilian access to three incredible warehouses and hangars that played a major role in the evolution of British aviation. The disused structures will be spiffed up with installations that nod to their storied past, and give a bit of immersive historical context at a venue that's as much of a draw as the creative work within it — and yet another stunning example of how well industrial locations lend themselves to entirely new incarnations. 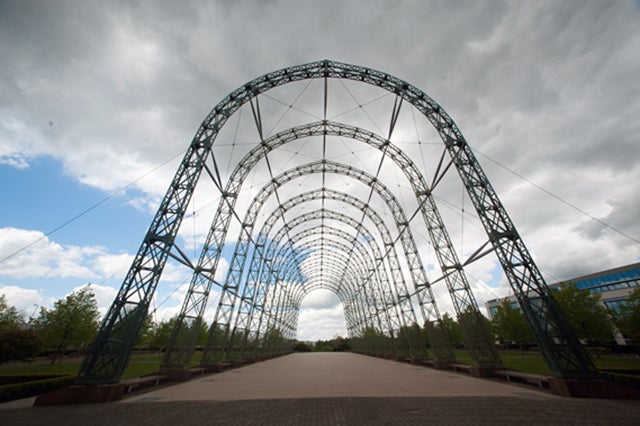 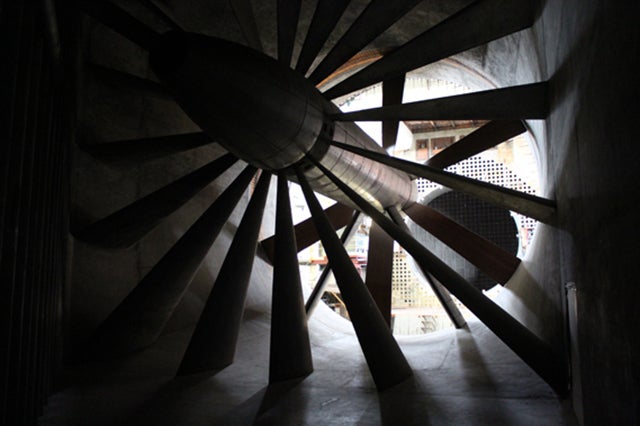 Take a look at these beauts in their heyday, with pics from the Farnborough Air Sciences Trust (via The Guardian and Creative Review), the organisation which helped to save the complex from demolition over the past decade. 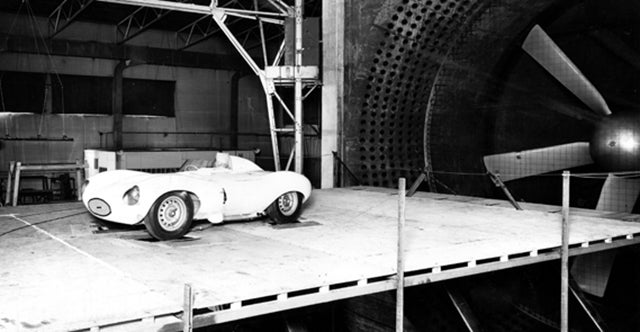 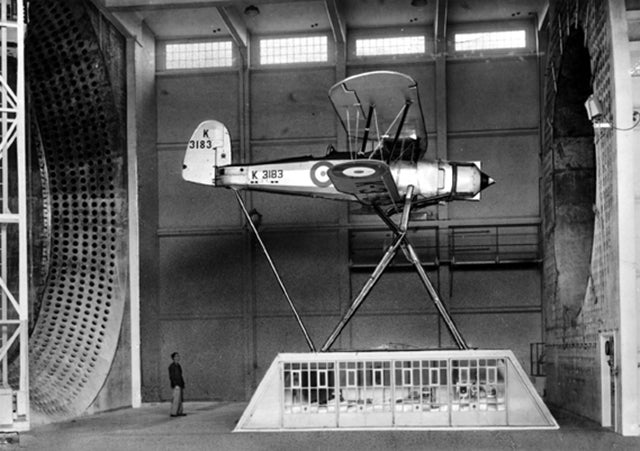 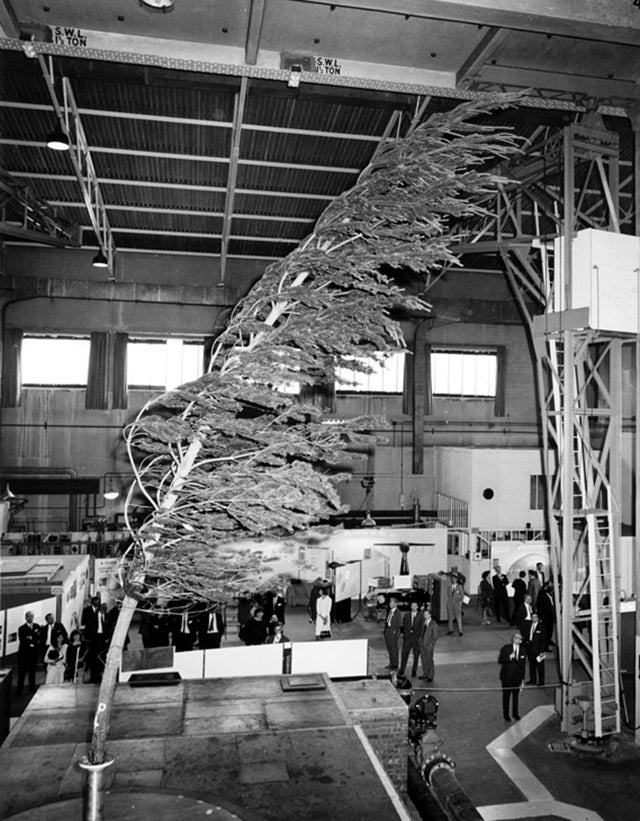 A Fir tree gets blown to test its root loads for the Forestry Commission in 1967.

Now through to July 20, there are a variety of exhibitions that appeal to all the senses. Take a look at the brightly coloured, multi-spectral scanner "shadows" of a super-secret, supersonic Miles M52 by urban provacateurJames Bridle. 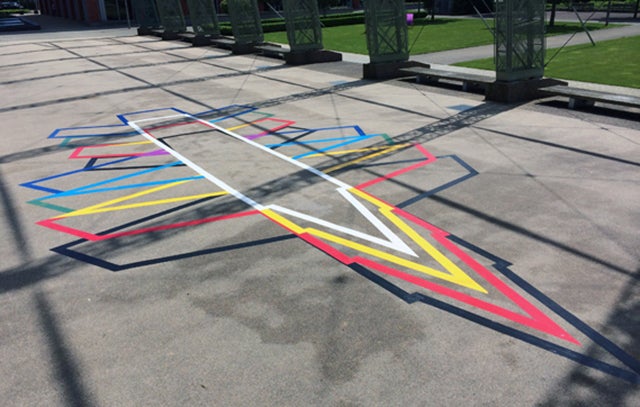 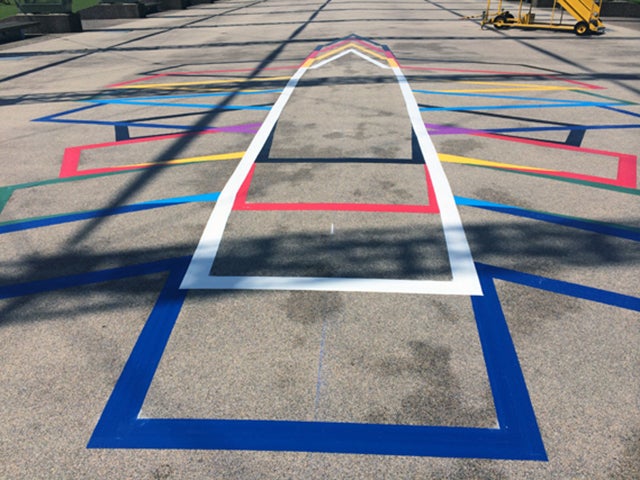 A room in one of the world's oldest testing facilities preserved with original fixtures that gives a sense of stepping back in time. 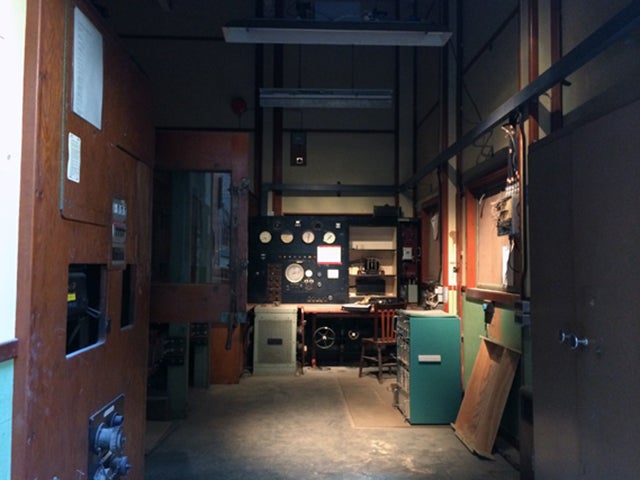 And what seems like it would be the most poignant of all: Sound artist Thorn McIntrye-Burnie's suspended gramophone that plays the BBC's May 19th, 1942 recording of a nightingale song. Starting in 1924 the broadcast was an annual tradition for the station, until that year, when the rumble of RAF bombers could be heard in the distance, on their way to bomb Germany. 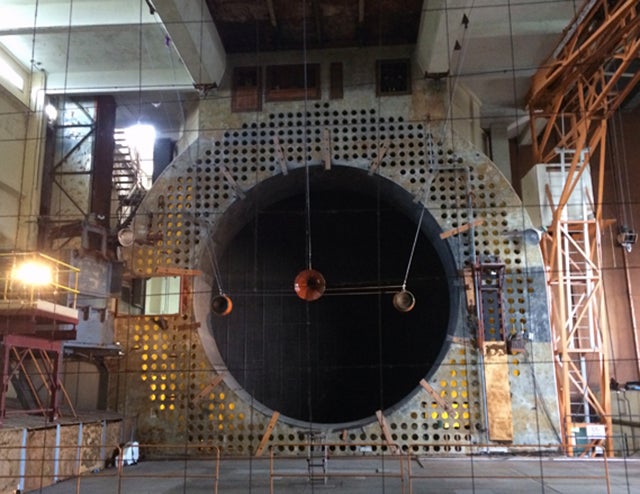 There's also cool programming planned. If anyone's able to make it, let us know what it's like below! [Creative Review; The Guardian]