Giz Explains: What's Sapphire Glass, And Why Would Apple Want It In Your iPhone? 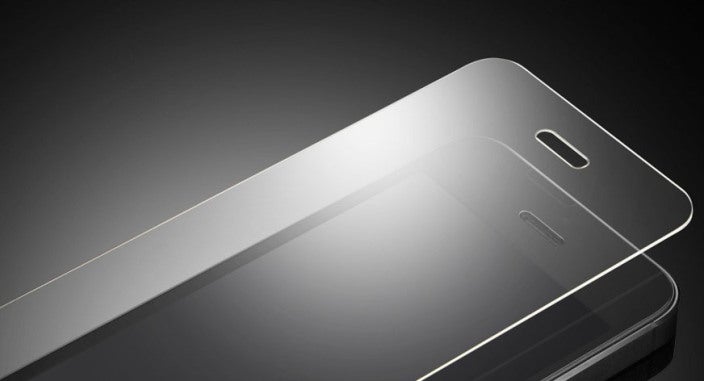 If you've been paying any attention to the internet's ever-whirring rumour mill, you might be under the impression that Gorilla Glass — what most flagship smartphones use for their displays — is about to receive some stiff competition. But what is sapphire glass, and why does it offer so much promise?

Reports earlier this year claimed that Apple had purchased enough sapphire crystal furnaces to make 200 million 5-inch iPhone displays, and we're now starting to see signs that there may have been some truth in that speculation. We've already seen, for instance, videos of a purported iPhone 6 display, claimed to be made of sapphire glass, being subjected to all kinds of torture and surviving. Material scientists reckon that even if the display in the video isn't an iPhone screen, it "could well be" sapphire glass that's withstanding such torture.

While that video may seem miraculous — how does it survive all that? — it's less so to anyone familiar with sapphire glass. While the name may make you think of expensive jewelry, sapphire is actually a wonder material that would be a welcome addition to our phones.

Sapphire isn't just a gemstone. It's simply a transparent crystal that happens to take on some attractive hues — yellow, purple, orange, green or red — when it forms naturally. A red sapphire is known as ruby, but more typically you'll see blue sapphires on rings, earrings, or crowns (if you're into the royalty thing). Beyond all the bright and shiny fluff, though, sapphire is an optically transparent crystal in the same mould as the likes of diamond or glass.

If you're concerned about those aforementioned hues and how they could cloud something like a phone screen with unwanted colour, don't worry. It's impurities within the crystals — iron, titanium, chromium, copper or magnesium, say — that provide the coloration. If you can find sapphire without those impurities you're left with a clear crystal, just like the glass in your windows.

Pure sapphire can be hard to find, though, and it's impractical to remove the impurities retroactively. Sapphire gemstones are usually mined like other precious gems, in small quantities, and they're almost impossible to process. That's why synthetic sapphire, first created in 1902 by a French chemist called Auguste Verneuil, is typically used for more practical applications — like the glass that covers the face of your watch.

Synthetic sapphire is generally made by applying incredibly high heat and pressure to aluminium oxide powder (sapphire is, after all, just a compound of aluminium and oxygen). Heat-treated to remove its internal stresses — which can cause weakness — and processed into sheets, this synthetic sapphire is referred to as sapphire glass. And that's what would end up on your phone.

But what's so great about a sheet of sapphire glass that it should feature on the front of your phone? Well, first, to completely put your worries of blue tinges at bay, it's highly transparent to wavelengths of light between 150 nanometers and 5500 nanometers. For context, the human eye can only discern wavelengths from about 380 nanometers to 750 nanometers. So it passes the first and most and important screen test: you can see through it.

But the real charm of sapphire glass is its hardness. It's nearly twice as hard as standard glass, and nearly as hard as diamond. In practical terms, that means it's almost impossible to scratch, unless you happen to carry a bunch of diamonds in your pocket. It's not just hard, though, but strong too: sapphire crystals have a compressive strength of 2000 Mega Pascals, about 10 times that of stainless steel.

No surprise, then, that the stuff is used increasingly frequently for applications where optical transparency, high strength, and scratch-resistance are required. Think shatter-resistant windows in armoured vehicles, bullet-proof glass, or screens and visors in military body armour suits. But there are more mundane applications too: it's used in scientific experiments that need an optical window into a harsh environments, and even at checkouts. Yep, those little glass windows that cover barcode readers are often made of the sapphire glass, to ensure the optics of the device aren't rendered useless by heavy scratching of normal glass.

Harder than Gorilla Glass, stronger than steel, and perfectly transparent? That all sounds like very compelling evidence to slather the screen of your phone in sapphire glass right now. So why isn't it everywhere? It's expensive as hell.

The cost comes largely a result of the manufacturing process, which produces big block of sapphire, called a boule, which has to be sliced into thin sections using a diamond saw or laser(!). Corning estimates that it costs about ten times as much to manufacture as its Gorilla Glass, and while that's probably an aggressive estimate, even if it's five times that's still a big chunk of change.

It also weighs in at 67 per cent heavier than Gorilla Glass — with a density of 3.98 grams/cm3 compared to the 2.54 g/cm3. That means that to match it gram-for-gram, a screen made of sapphire would need to be rather thinner. That's great for our pockets, but just because it's hard and strong doesn't mean that it's unbreakable, and making it thinner makes it more vulnerable. While the fracture toughness of sapphire is theoretically around four times greater than Gorilla Glass, tests by Corning — again, not an unbiased source — suggests that it could be more brittle when used at the same thickness as its screens. In other words, while sapphire glass may be more scratch-resistant, it's not necessarily any more shatter-resistant.

So what would sapphire glass mean? A phone in our hands withstands scuffs and scratches way better than before, possibly at the cost of a little impact resistance. But most of all, a little competition on the part of the phone you use the most.