Using The WokMon To Achieve Expert-Level Chinese Food At Home

Home cooking with a wok is an exercise in disappointment: Your wimpy home range can't muster the firepower of the volcanic wok range at your favourite takeout joint. Inventor Glen Lee wants to solve that with WokMon, a drop-in ring that focuses your gas flame for maximum sizzle. We tested it.

Extreme heat is the main ingredient in wok cooking. Commercial wok stoves pump out over 100,000 BTU, about 10 times what the average home burner achieves. That crazy thermal output creates wok hei, the "breath of the wok", a characteristic flavour that traditionalists say can only be achieved by swift cooking in rocket-hot steel. As the chef tosses the wok's contents, the ingredients move from the cooler outside edges to the hot spot at the bottom of the wok, searing without burning, and picking up that elusive wok hei.

The problem with home gas stoves is that they create a ring of flame, rather than one focused jet. Without that full-throttle hot spot at the bottom of the wok, your food ends up stewing, rather than searing. Not delicious. Not wok hei.

WokMon wants to solve this problem with a dome-shaped steel ring that takes the place of your gas stove's metal grate, and steers your burner's ring-shaped flame into one central jet. 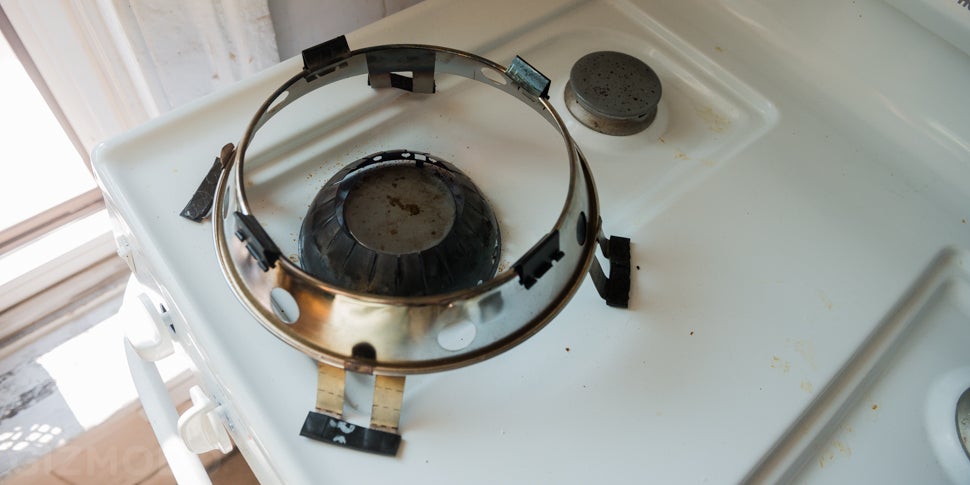 A steel platform perches your wok about 13cm over that flame, allowing the fire to envelop the bottom of your wok. And this thing really does create a jet; fire it up in a dark room and you'll see a fearsome flaming vortex you never expected to come out of your tame home range. 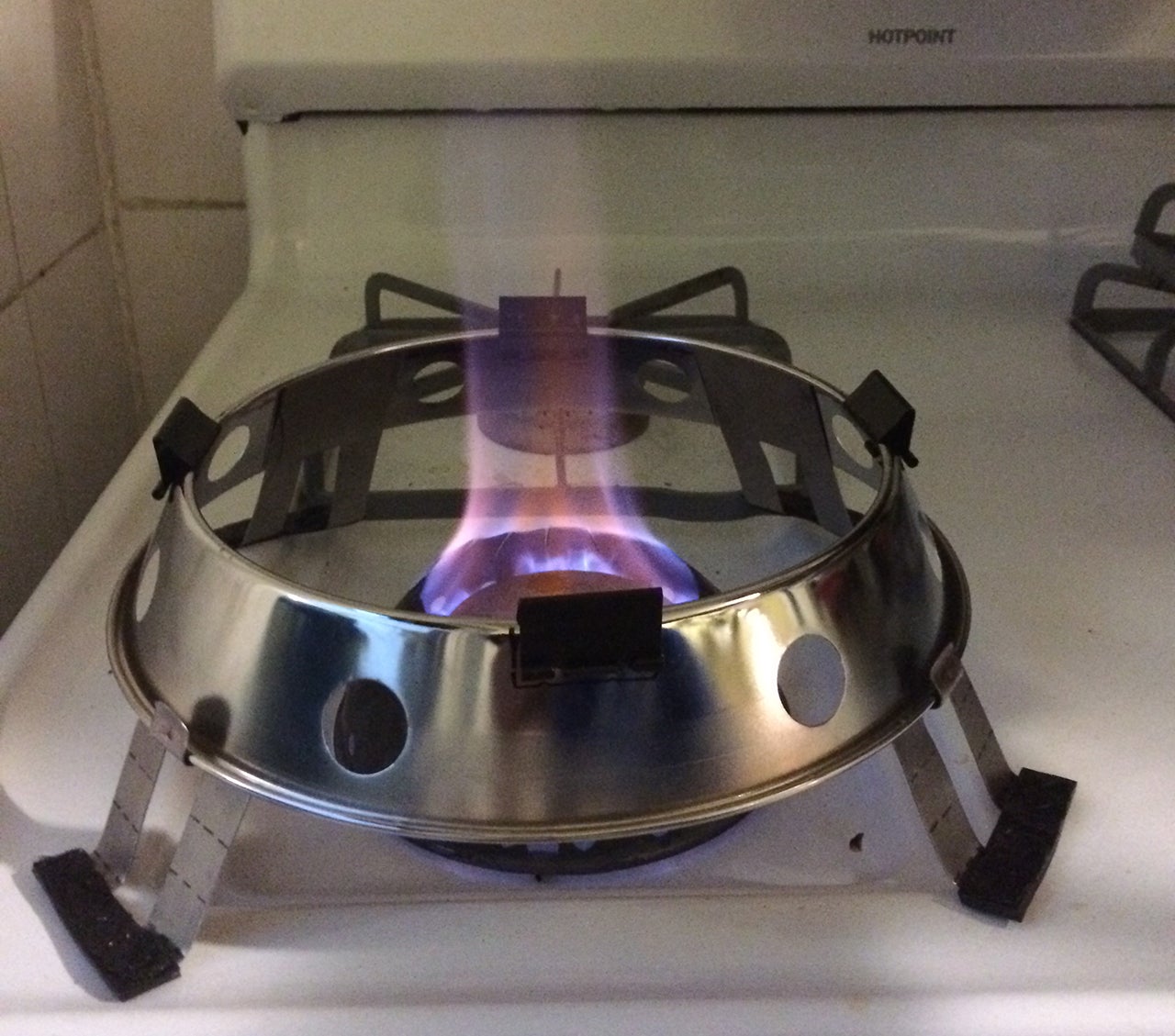 I texted this photo to Kelsey Campbell-Dollaghan the night I tested the WokMon. She replied, "BE CAREFUL."

How much difference does that volcano-flame make? We tested the maximum temperature of the middle of an empty wok over the normal stove flame, then over the WokMon. The results speak for themselves. 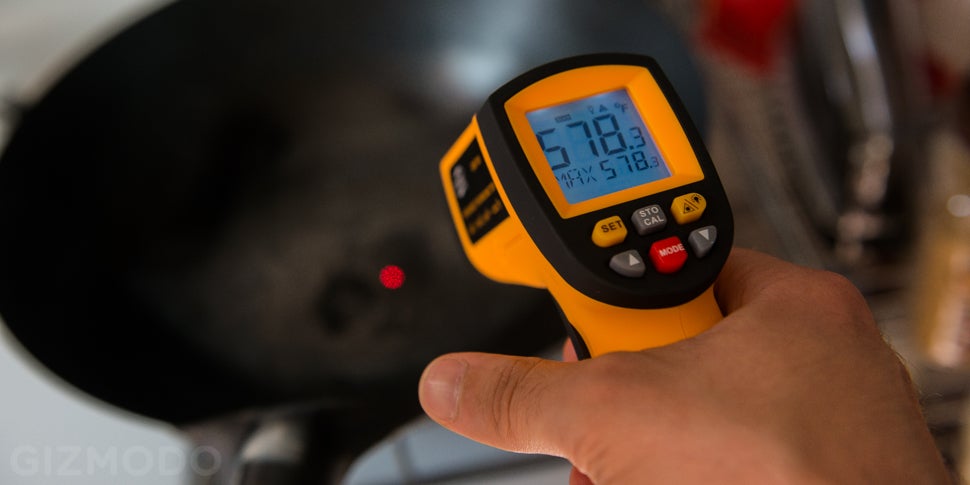 Over a normal burner, the empty wok hovered just under 304C. 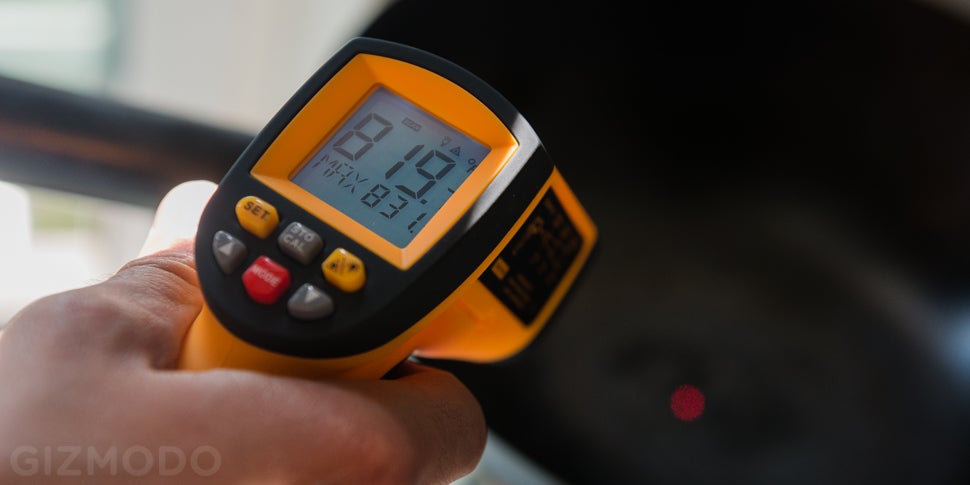 With that terrifying column of flame licking the bottom of my wok, the centre hovered around 438C-443C.

This kind of thermal output demands proper ventilation, because as soon as you put oil in a 400C+ wok, you're getting a smoke show. 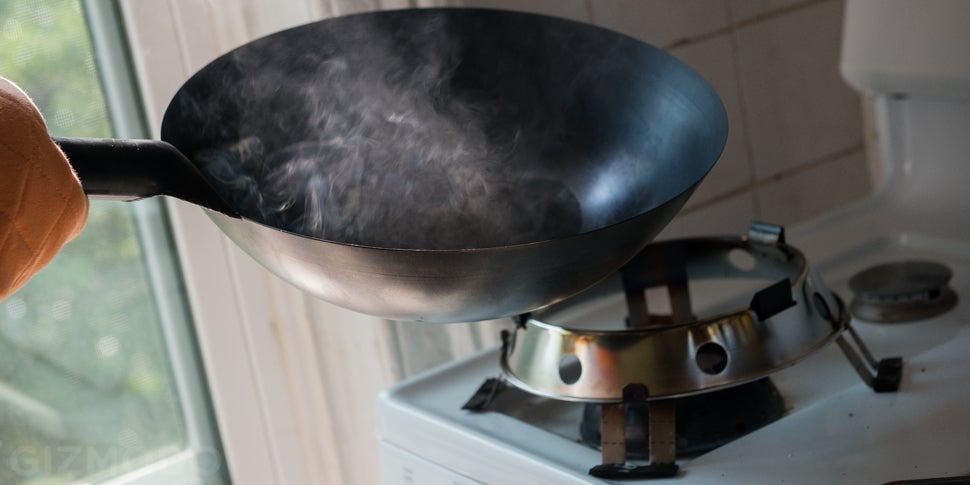 I've been toying with wok cooking for years, trying to achieve wok hei and never quite getting there. For the WokMon test, I used a familiar chicken and broccoli recipe that I've attempted many times before. The difference was immediately noticeable. The broccoli stayed crispy, rather than ending up somewhere between stewed and simmered, and the chicken took on a nice sear.

The food was definitely better, but it's not a perfect solution. The added altitude of the WokMon platform put the handle of my wok at about mid-bicep, making tossing its contents a little difficult. Peek into the kitchen of your Chinese take-out place — the chefs have their woks perched at just below elbow height, perfect for the quick flick-of-the-wrist toss that gives stir-frying its name. While wrestling that full wok on and off of a slightly unstable pedestal (and sweating profusely; my tiny kitchen just doesn't have the airflow for a three-foot fiery death jet), I found myself wishing for a crate or kick stool to stand on. 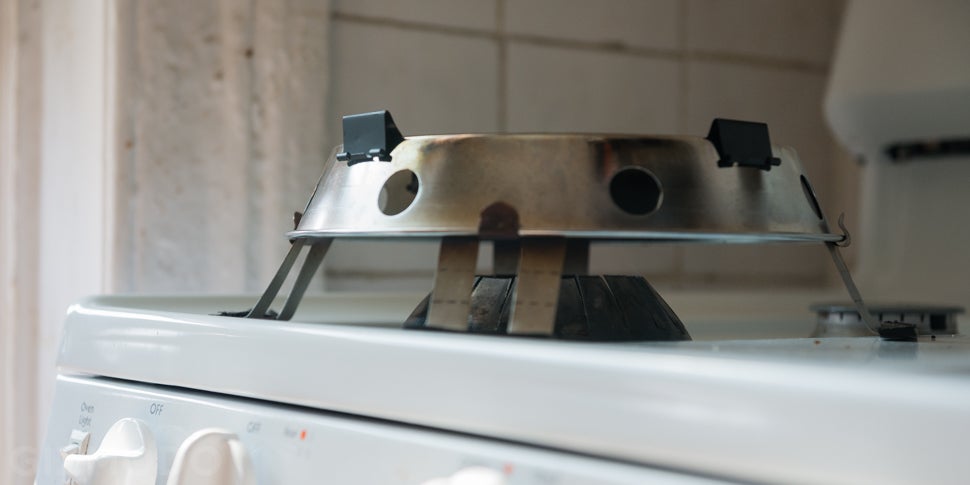 That altitude is necessary to let the flame breathe, though; placing my wok on my stove's normal metal grate over the WokMon jet simply choked out the flame. The prototype pedestal that Glen gave me to test was also a little unstable, requiring constant supervision lest it get dislodged, but Glen assures me the final product will be extremely sturdy.

In the end, I'm not sure that the WokMon precisely re-creates the experience of cooking on a professional wok range. It focuses your range's heat, but without tapping directly into your gas supply (DON'T DO THAT) there's no way to actually add to the energy coming out of your burner. It cooked my favourite chicken and broccoli recipe about a minute or two quicker than it usually takes, but even with the WokMon I'm still no match for the kitchen gymnasts at my favourite take-out joint, who can toss together the same meal in about 90 seconds. WokMon will make your food better, but it's not a magic potion.

The WokMon did succeed, though, in that it took my home wok cooking from a sad approximation to a genuine attempt. The food came out crisper and more flavorful than I've ever achieved at home. And after a few days of cooking over the WokMon, my wok finally started to develop the shiny black patina of legitimate use, a hallmark of proper heat.

If you, too, are in search of the elusive wok hei at home, Glen's crowdfunding campaign for the WokMon runs through the end of this week. Thermally, I'm a believer, and if the final product includes a rock-solid wok platform, I'm sold. Just maybe bring a platform to stand on, and don't listen to your neighbours when they complain about that fragrant garlic-and-ginger aroma.