Monster Machines: This Green Monster Was Once The Fastest Car On Earth 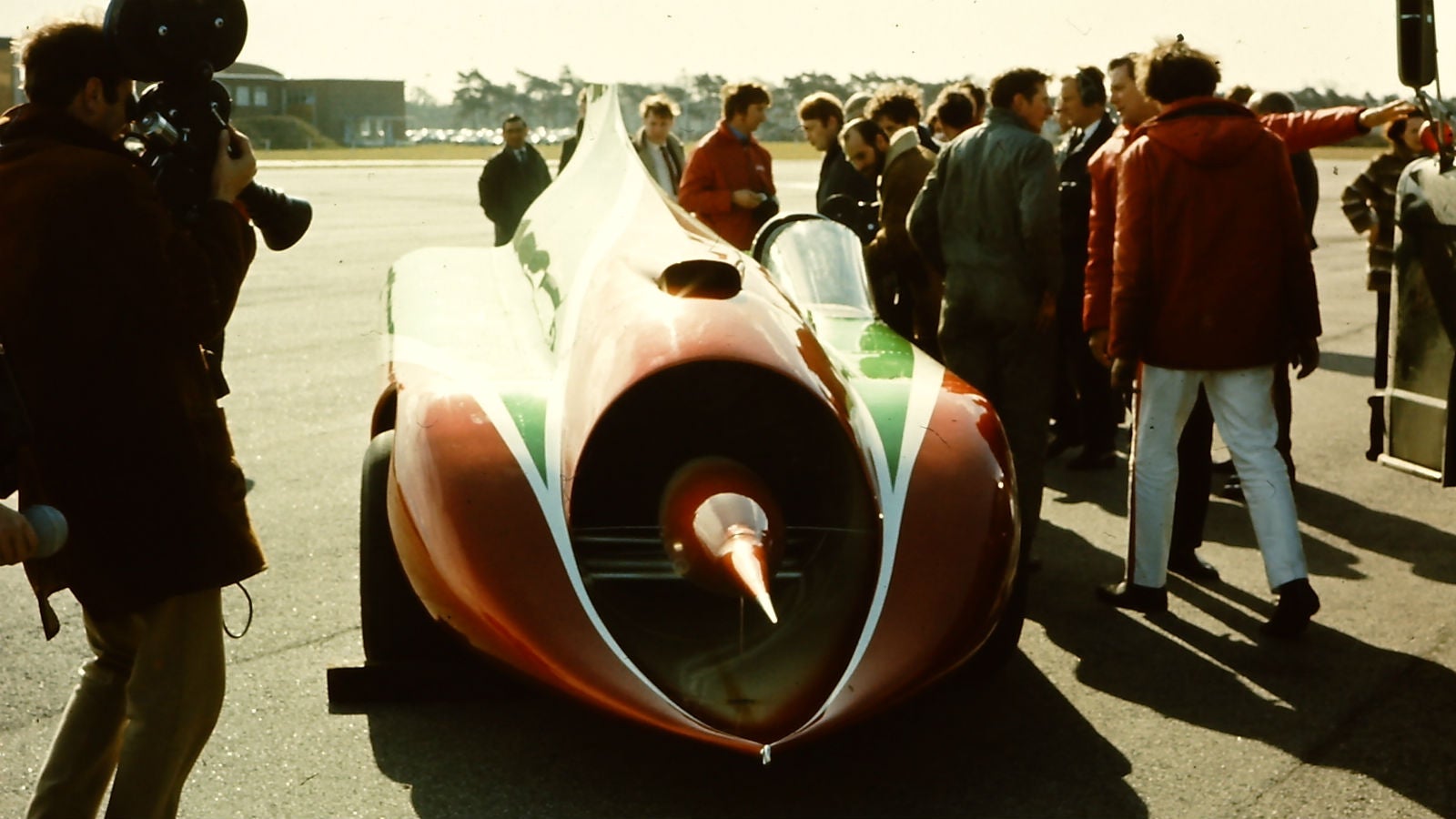 The Green Monster isn't just a wall in Boston. That title was also once carried by a series of land speed record-breaking jet cars. For a few glorious years in the mid-1960s, these vehicles showed the world what six wheels and the engine from an F-104 Starfighter could do.

The early '60s were an exciting time on the land speed record scene. The title changed hands regularly among a tightly ranked field of daredevils who, unlike their predecessors, relied on military aircraft jets rather than modified automobile power plants — such as 1960s Challenger I that used four supercharged Pontiac engines. And at the forefront of this pack were half brothers Art and Walt Arfons, with their 879km/h Green Monster, which held the land speed record three separate times between 1964 and 1965. It eventually lost out to Craig Breedlove's 967km/h Spirit of America — Sonic I.

This was not the first Green Monster, mind you. The Arfons brothers' first iteration hit the racing scene in 1952 as a three-wheel drag racer powered by a consumer-grade six-cylinder Oldsmobile engine. It was adorned in the green paint leftover from recent renovations to the family tractor. It only hit 137km/h but it paved the way for the six-wheeled Green Monster Number 2.

GM2, which was not actually green but rather painted to resemble a WWII Curtiss P-40 Flying Tiger by the Arfons' mum, traded in the first iterations 6-cylinder Oldsmobile engine for a V-12 Allison aircraft engine and used that to break the 160km/h mark doing 400m in 1953. That isn't very quick by today's standards, but in the age of steel vehicles, breaking triple digits while hauling more than 1000kg of car — on passenger tyres no less, not racing slicks — was a huge accomplishment. What's more, the GM2 boasted an estimated top speed of 435km/h, could top 225km/h from a standing start in under 10 seconds, and notched the world record with a speed of 234km/h at the first World Series of Drag Racing event in 1953.

Over the next decade, the Green Monster underwent a number of design and technical modifications, moving from drag strips to salt flats as Art Arfons' obsession with being "the fastest man on wheels" led him to compete for the land speed record. During that time, Art and his brother Walt had a falling out with Walt, fielding a competitor, the Wingfoot Express, that held the record for all of three days in October of 1964 but would eventually lose out to both the Green Monster and the Spirit of America — Sonic I.

The Green Monster that set the land speed record three different times in 1964 and 1965 was a departure from previous iterations. Rather than the Allison V12, Art instead picked up a 23,727Nm J79 jet engine with a four-stage afterburner — the type used by the F-104 Starfighter. The engine had been scrapped after inhaling a bolt, so Art got it cheap (only $US600) and refurbished it despite objections from both General Electric and the Department of Defense.

Still, Arfons' gamble with the J79 engine paid off. Over the next two years, Art set three land speed records with average speeds of 698km/h, 863km/h and 927km/h in the flying mile at Bonneville. His final record was broken by the Spirit of America's 966km/h run in November 1965, and wouldn't be broken again for five more years when Gary Gabelich's rocket-powered vehicle hit 1014km/h. The current record stands at a mind-blowing 1223km/h and is held by the Thrust SSC. [DRB - Wiki - Samuel Hawley]