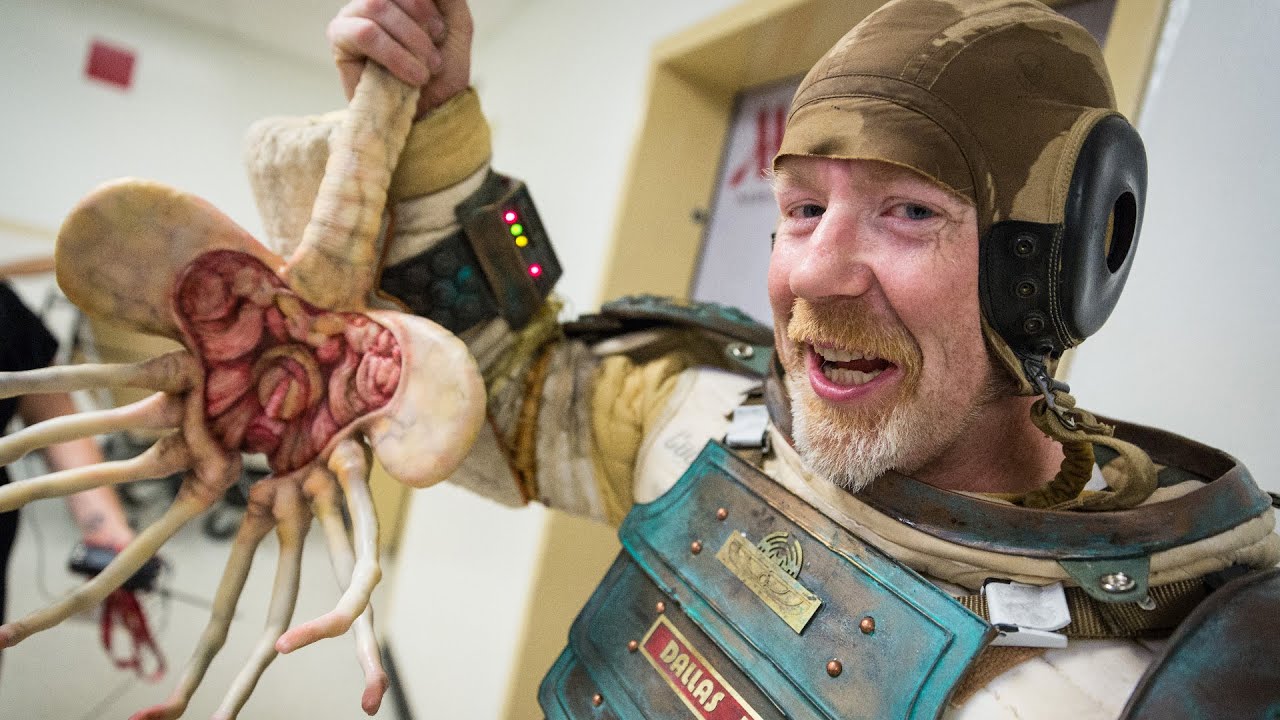 To sign up for our daily newsletter covering the latest news, features and reviews, head HERE. For a running feed of all our stories, follow us on Twitter HERE. Or you can bookmark the Gizmodo Australia homepage to visit whenever you need a news fix.
Last week we saw the impressive Hellboy mecha-glove built by Mythbusters co-host Adam Savage. That was great, wasn’t it? Trust Savage though to outdo himself just days later with this perfect re-creation of the space suit worn by John Hurt in Ridley Scott’s Alien. Oh, he spent a decade getting it just right.

The nine-minute video starts with Savage talking about the history of the costume and his motivation for crafting it. He doesn’t go into a lot of detail about why it took so long to make (this is being saved for another clip), just that it did:

I’ve been working on this for 10 years. This is one of the longest projects I’ve had running in the shop. It is an exact replica of John Hurt — Kane’s — environmental suit from Alien … I have aspired to having one of these for years and now I finally have it.

Savage goes on to explain how he detailed and “weathered” the costume, using up to 10 washes of different paints to accurately duplicate the metallic parts and using coffee in a spray bottle to “bring the age of everything down a little bit”. The backpack is even stuffed with electronics for the illuminated elements of the suit. The face-hugger on the helmet is a nice, if mandatory, touch.

After climbing inside of the thing, he proceeds to roam the floor of this year’s San Diego Comic-Con in — what has become — traditional incognito style.

The only issue with the creation is wearing it. Not only is it bulky, it’s very, very good at keeping its occupant warm, requiring Savage to don an ice vest to keep his temperature down. He even mentions the Alien actors themselves passed out from heat exhaustion… so the replica is pretty darn accurate.