These Maniacs Cooked Steak With Molten Lava And Lightning

What have you grilled on lately? A propane burner? A charcoal fire? Maybe even a fire pit? How about A RIVER OF LAVA? That's exactly how the gastronomical adventurers at Bompas & Parr recently cooked up two huge steaks — and then they used lightning.

Bompas & Parr, you may recall, make their living doing crazy things with foodstuffs. They have vaporized gin. They have created a high-voltage chandelier that runs on pickles. This summer, they decided to focus on a very different — but still very dangerous! — food project: Cooking With Lava.

To do so, they traveled to Syracuse University, where an art professor named Robert Wysocki and an Earth sciences professor named Jeff Karson lead the Syracuse University Lava Project, which includes a super-hot furnace that can pour realistic lava flows for both scientific and creative purposes, as well as making a lava air cannon, which is both art and science. The professors agreed to let the Bompas & Parr team use their furnace for cooking for the very first time. 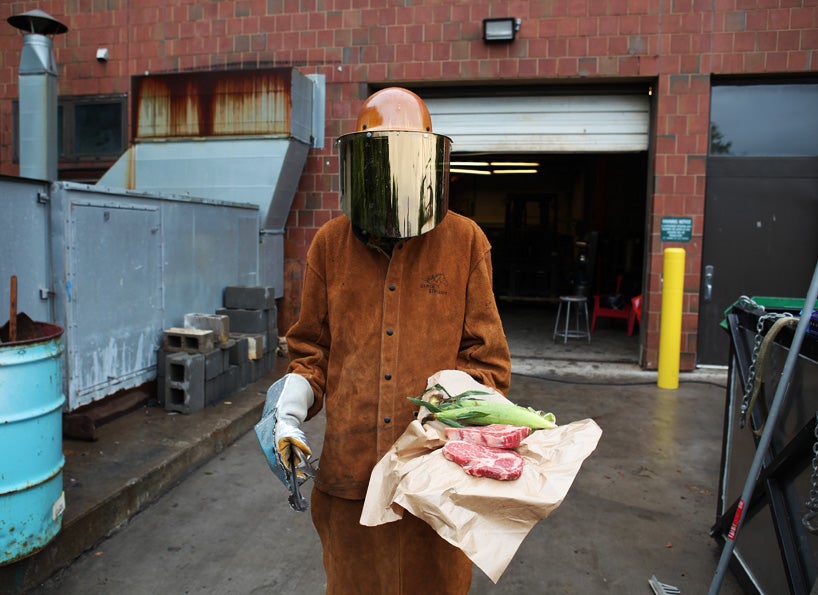 In the video below, posted today on Design Boom, you can watch as carefully suited-up figures place a grill over the chute where the 2,100 degree Fahrenheit molten liquid exits the furnace, then place two beautiful ribeye steaks on top — accompanied later by some corn on the cob, of course.

But if you've eaten one lava steak, you've eaten a million. What about lightning steak? In June, B&P traveled to University of Southampton's Tony Davies High Voltage Laboratory to carry out another delicious experiment, as reported in the June issue of Wired. 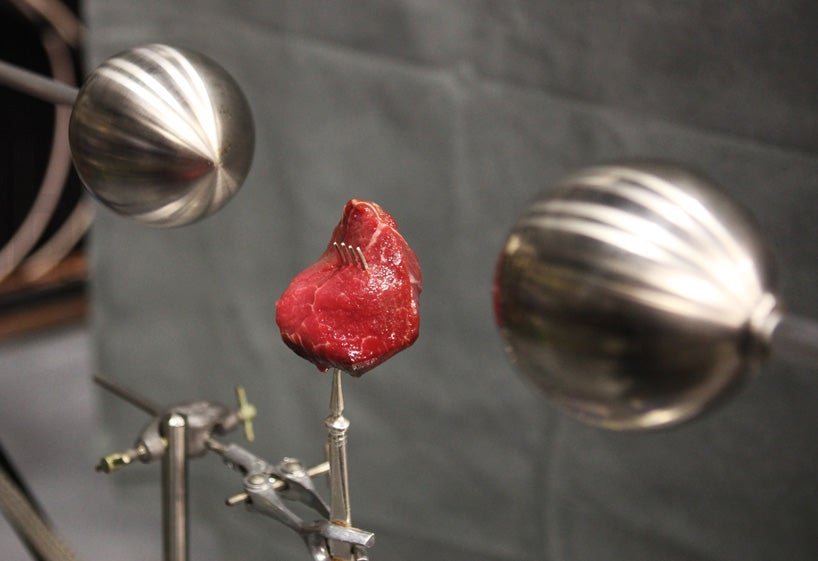 Here's how the team describes the process of cooking with artificial lightning:

The lightning heats through the resistance of the medium of passage to electrical charge. The greater the resistance, the more intense the heat. So when lightning passes through air it can reach 50,000 degrees Fahrenheit, five times hotter than the surface of the Sun. Our steaks were seared in microseconds.

Unfortunately, there doesn't seem to be video of the process. But head over to Bompas & Parr's website for more. [Bompas & Parr, DesignBoom]