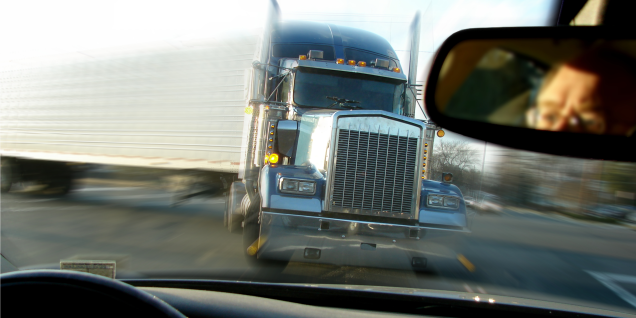 An internal FBI report obtained by The Guardian speculates about what the roads will look like when they’re packed with driverless cars. And because it’s the FBI, there’s a gloomy analysis of how criminals could exploit our autonomous automotive future.

The Strategic Issues Group report obtained by The Guardian analyses the many potential law enforcement and security implications of driverless cars. The quotes selected by the paper are vague, but definitely reflect an understanding that the car could become an even more dangerous weapon than before if it doesn’t need a driver. Imagine if suicide bombings didn’t involve the suicide. The Guardian quotes:

Autonomy … will make mobility more efficient, but will also open up greater possibilities for dual-use applications and ways for a car to be more of a potential lethal weapon that it is today.

Additionally, a car that drives itself leaves a crook’s hands free to do other things, like, you know, shoot a gun:

In a section called Multitasking, the report notes that “bad actors will be able to conduct tasks that require use of both hands or taking one’s eyes off the road which would be impossible today.”

On the bright side, the report notes that autonomous vehicles could make high-speed pursuit and emergency response vehicles both more efficient and safer. In those conditions, harried human judgement often errs, and a rational machine might be able to avoid making some of the dumb decisions that first responders under pressure make.

It’s not at all surprising that the FBI is thinking about the implications of self-driving cars. Indeed, the hunks of steel, plastic, and glass we drive down the road are deadly objects already. They will definitely stay deadly when humans aren’t driving them. [The Guardian]