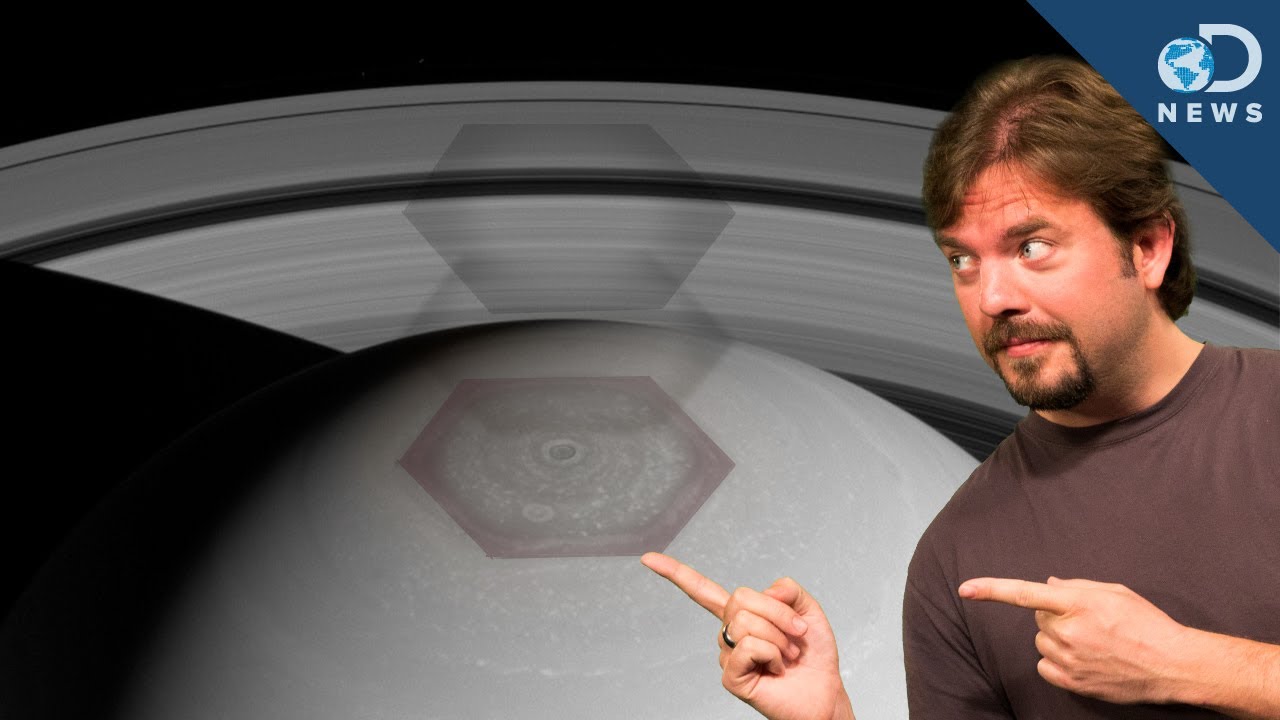 Saturn’s hexagon-shaped “storm” is really a base for the Illuminati. No, wait, actually it’s an alien space base. Erm… would you believe a gateway to Hell? Alright, let’s stop with the conspiracy theories and hear what science has to say, thanks to Discovery News.

As British solar physicist Dr Ian O’Neill explains, researchers have their own theory as to why there’s a hexagon tornado tearing it up at Saturn’s north pole, a weather anomaly that’s remained a consistent feature since its discovery by the Voyager probe in the early 1980s.

One convincing answer comes from observing fluid dynamics. During simulations by scientists it was shown that if a liquid is spun faster in its centre than its edge, eddies form around the perimeter, causing the liquid to be “corralled”.

As a result, a polygon-like structure forms from what was once a mostly circular shape. It’s believed that a similar situation occurs at Saturn’s north pole, with the Cassini probe detecting faster winds at higher latitudes than lower ones.

Of course, it is just a hypothesis, but an extremely provable one. I guess it’ll take a visit by humans to dispel the conspiracy theories (you’d hope).