For about a billion people across the world, nothing is more fundamental to food than fresh, delicious roti. So it's unfortunate that a batch of five can take half an hour or more to make. But all that's about to be a thing of the past, thanks to the Rotimatic: The first fully-automated appliance that can churn out one roti every minute — and Gizmodo recently got to see it in action. 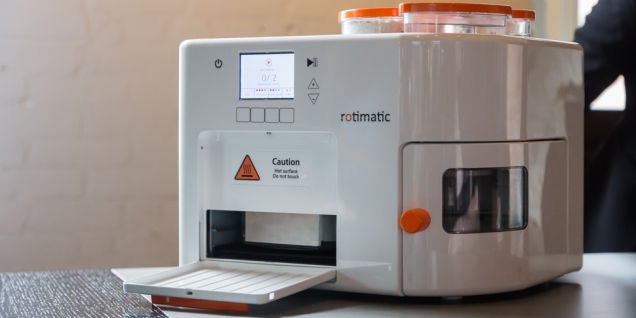 Roti may be one of the most basic of staple foods, but that doesn't make the process of making it by hand any less of a pain. As anyone who's (attempted) to make bread before knows, getting your dough consistency right is a highly imperfect science that takes more trial and error than anything else. And all that trial and error can be exhausting — which is why it's so surprising that until now, the only other roti-making machines in existence worked on an industrial scale and still required human intervention.

The Rotimatic's deceptively tiny footprint (about 16x16 inches) packs a whole host of hardware and software that lets it conduct the whole process by itself — and more importantly, on a family-sized scale. And as the brainchild of two married engineers, Rishi Israni and Pranoti Nagarkar, the Rotimaker is just about one of the smartest kitchen appliances around. 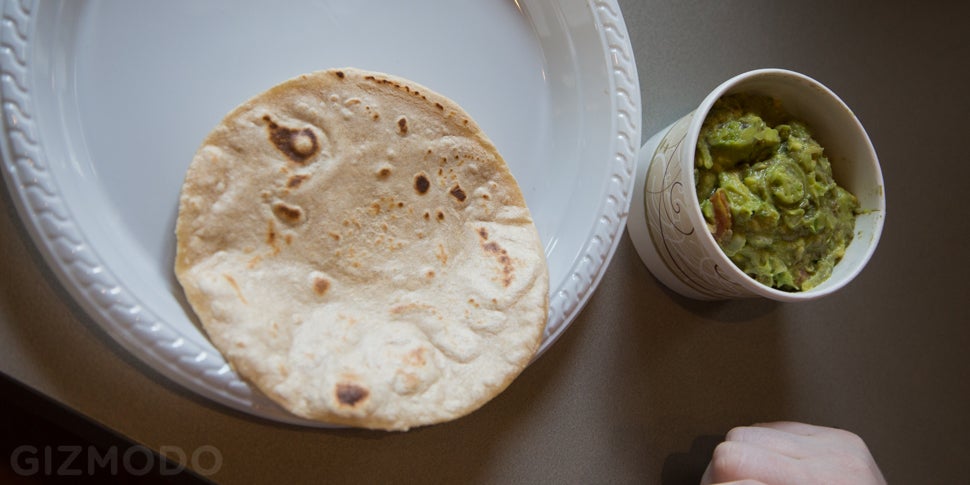 Among the machine's 300 distinct parts, 10 motors work together inside the tiny space based on the data collected from 15 different sensors, which measure basic things like temperature and position along with the most complex (and important) metric that one humans find most frustrating: Consistency.

When you're mixing flour and water on your own, you're constantly judging and making adjustments as you knead. Robots don't exactly have that same lifetime of human tactile experience (...yet), so Rishi and Pranoti patented a whole new way to test consistency: By testing a combination of plate deflection and velocity as the dough as its mixing, as seen in the GIF below.

If all that sounds wildly complicated, that's because it is. Fortunately, while all of these machinations take place behind the scenes, all you have to do is push a button and wait. You don't even need to measure out the ingredients on your own. Once you fill the Rotimatic's top three compartments with flour, water, and oil, it releases each necessary amount on its own. 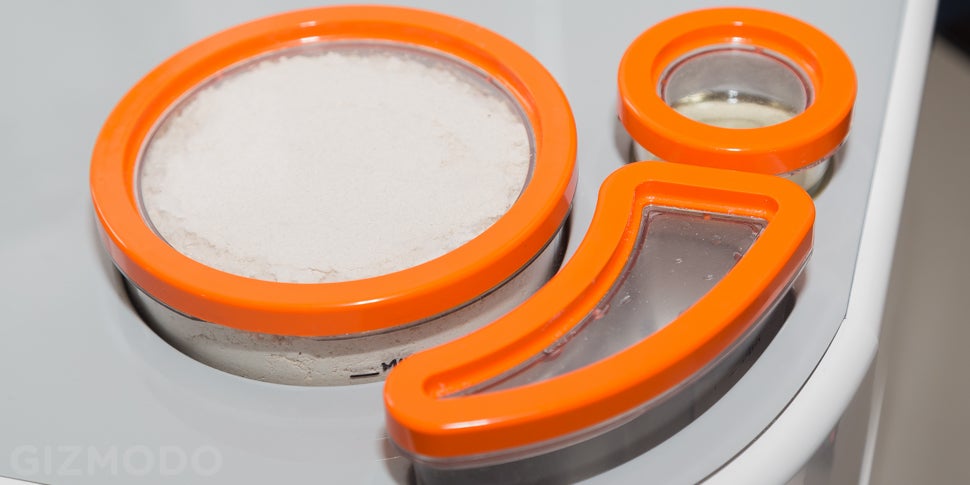 You simply choose your preferred roti thickness level, how much you'd like it to brown, and how many you'd like to make (anywhere from one to 20). Then give it five minutes to warm up, and bam — out comes roti.

As Pranoti was quick to point out in a conversation with Gizmodo, you can still add as many seasonings and spices as your heart desires. As long as it comes in a dry powder form, just dump it in with the flour and you're good to go.

Your role as a user is so hands-off, the whole things feels like magic. We were fortunate enough to see the machine in action, and just watching the Rotimatic's many moving parts work together was positively mesmerising. A window on the side lets you see as the machine readies each individual ball of dough. As one ball is still being prepared, an army of levers and plates are busy flattening, cooking, and shoving out another.

Of course, all that magic comes at a price — about $US600 to be exact. Which sounds steep, but considering all the work that went into building it, including six years of development and eight new patents, it's not all that surprising. And it certainly hasn't turned people off: After opening pre-sale orders for the Rotimatic just last week, the team has already completely sold out until the middle of next year. So if you weren't one of the lucky few to get in early, you'll have a bit of a wait before you can get a Rotimatic to call your own.

There's just one most important question left to answer: How does it actually taste? Friends, we assure you, that is one damn delicious roti.