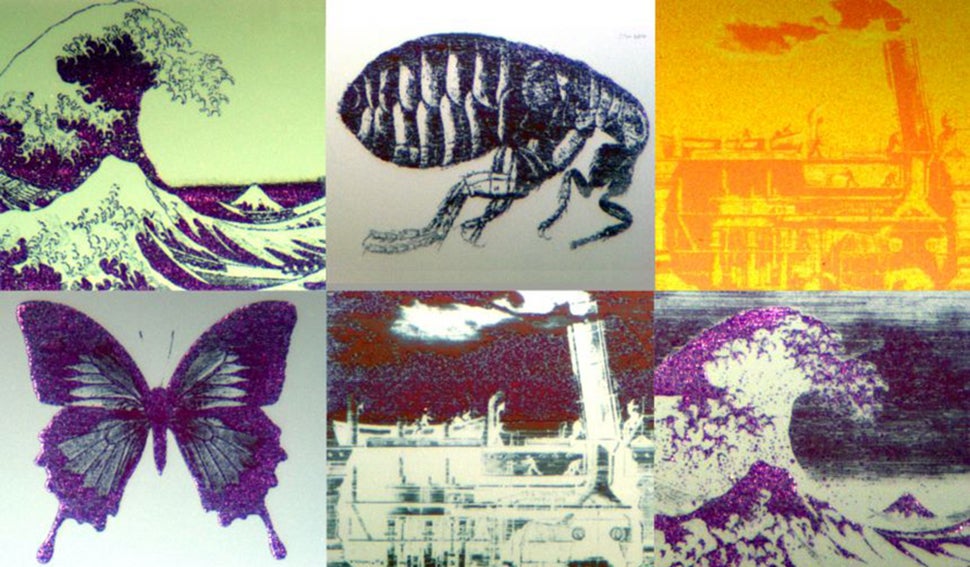 Like Post-It notes and Play Dough before it, this new technology was a bit of an accident. Oxford professor Harish Bhaskaran said that team wasn't trying to make a new kind of display but was "exploring the relationship between the electrical and optical properties of phase change materials". He and his team ended up sandwiching phase change materials between transparent electrodes, only to discover that they'd created tiny 300-nanometer-wide pixels that could switched on and off. And unlike conventional LCD displays, the pixels can be refreshed one at a time instead of all at once, making the display consume very little energy.

"Because the layers that make up our devices can be deposited as thin films they can be incorporated into very thin flexible materials — we have already demonstrated that the technique works on flexible Mylar sheets around 200 nanometres thick," Bhaskaran said in a release. "This makes them potentially useful for 'smart' glasses, foldable screens, windshield displays, and even synthetic retinas that mimic the abilities of photoreceptor cells in the human eye."

As a kicker, the displays work with or without a backlight. That means you could create an ultra, super duper high resolution e-reader-type display that could be backlit to show ultra, super duper high res video. Details of the discovery are detailed in a Nature article this week, and the team is already in talks to commercialize the technology. It might take a little time before you can get your own synthetic retina, but at least you know it's possible now. [Nature via Oxford]