This Aussie Gadget Lets Your GoPro See In The Dark

Just because the sun has set doesn't mean your action-packed antics are over for the day. So an Aussie company called Knog has created the Qudos, a high-intensity camera light that sits next to your GoPro, and other popular action cams, pumping out up to 400 lumens of brightness so you don't miss a single wipeout, even in the dark. 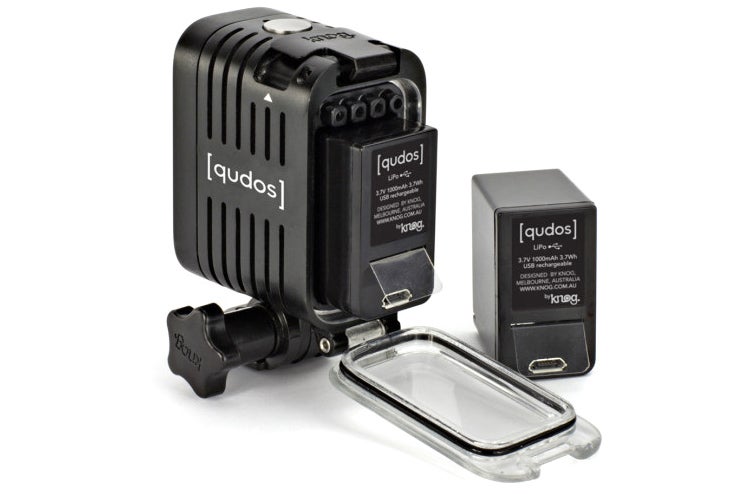 Available in just a couple of weeks for $149 in Australia, the waterproof Qudos weighs just 150 grams with its rechargeable battery attached, and its three LEDs can be switched between wide angle and focused beams depending on what you're trying to capture.

You can also adjust the brightness, which of course has a huge impact on battery life. At its lowest setting, where it puts out just 70 lumens, you can expect it to run for up to four hours. But at full intensity that drops to around just 40 minutes, so if you're planning to wipe out in the middle of the night and record it for YouTube infamy, you better plan on doing it sooner rather than later. [TheGearCaster]