This Weird Household Machine Was The Future Of Voting In 1945 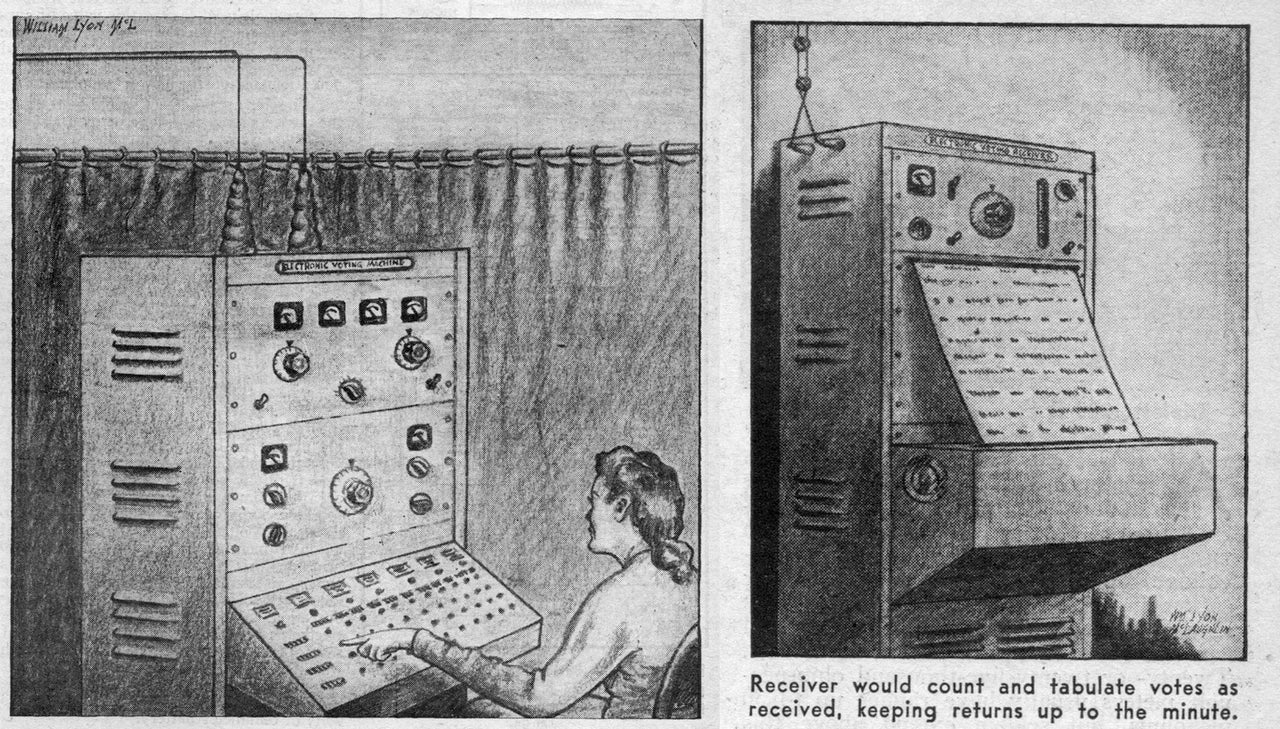 Some day a President of the United States may be elected "electronically". This sentence wouldn't look out of place in any news story from 2014, despite quotes around the word "electronically". But, believe it or not, that prediction comes from a magazine article in 1945.

Under the headline "Votes by Radio: An Electronic Machine for Opinion Polls?", the March 1945 issue of Radio-Craft magazine imagined a world where people would be able to vote on anything at all through push-button — securely, secretly, and right from the comfort of their own homes.

Electrical engineer Alfred N. Goldsmith devised a system that would send radio signals to a central radio receiving system to tabulate the results. The magazine even included illustrations depicting what the home voting machine (above left) and central computer station adding up the votes (above right) might look like.

The home-voting machine might appear a bit bulky in the illustration. But just for context, this is what a mechanical computer looked like in 1948, three years after this article was published: 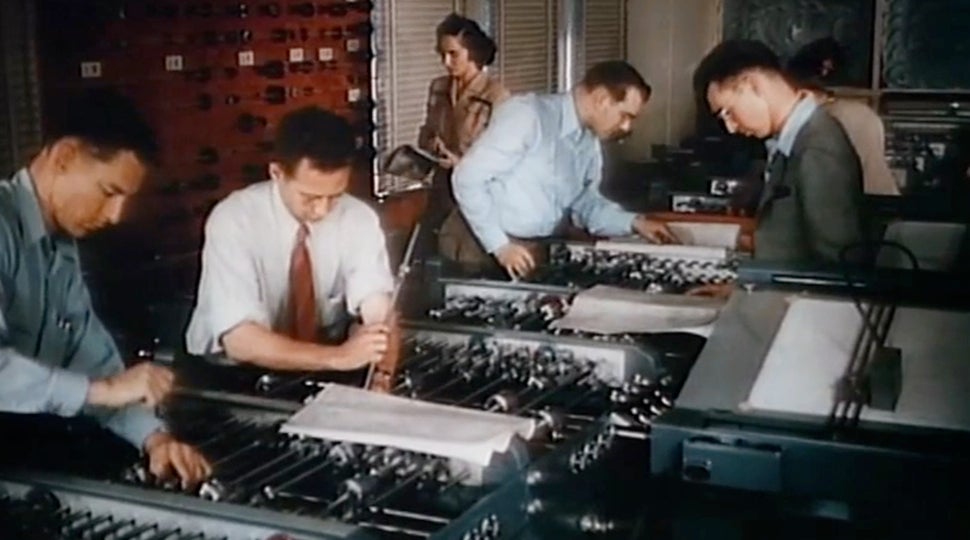 Under Goldsmith's voting system, questions would be sent out over regular radio transmissions at a prescheduled time. People at home (the article essentially envisions this on a county-wide scale) would then be given time to respond from the control panel of their voting machine. All questions would have to be worded so that they could be answered with responses like "yes" or "no". Some degree of nuance could be introduced like "very good" or "very bad", but there would, of course, be limitations.

What did the magazine see as the biggest problem? Only a few people could have voting machines. It would simply be impractical for everyone to have their own voting terminal at home. So the article suggests that a representative sample of the American voting population would have to be determined: "of all political parties, rich and poor, old and young, farmers and urban dwellers, of all faiths."

At first it may seem strange that they assume a small but representative sample of the population could be selected and only those people given the right to vote. This would certainly be anti-democratic. But if you think about it, this system really isn't too many steps removed from our current form of representative democracy in America. When was the last time that you felt like your voice was represented in Congress?

Barely a majority of Americans elect the people who are sent to represent us, even in major elections. Just 57.5 per cent of eligible voters showed up to the polls in 2012. And even fewer people vote in midterm and local elections. Those even smaller groups of people then go on to vote on legislation, often not representing the wishes of their constituents.

Interestingly, we now have a worldwide network of computer terminals where just such a system of direct democracy could actually be tried. But we're nowhere near this becoming a mainstream reality. And perhaps with good reason: Computers are scary and inherently insecure. Now please excuse me while I go check my bank balance, pay my bills, and file my taxes online.

Pictures: Scanned from the March 1945 issue of Radio-Craft magazine