Graffiti may be ephemeral, but then there's Google Street View with its all-seeing camera. Inspired by Google's recent to move to let users go back in time in Street View, Brian Foo at the New York Public Library Labs thought he could make us look at street graffiti from a new perspective — through time.

Here's the wall at Bowery and Houston in Manhattan, a concrete slab with a rich history of paint. Foo collated a dozen pictures of the wall from 2007 and created a fun tool that lets you slice and dice your way through history. 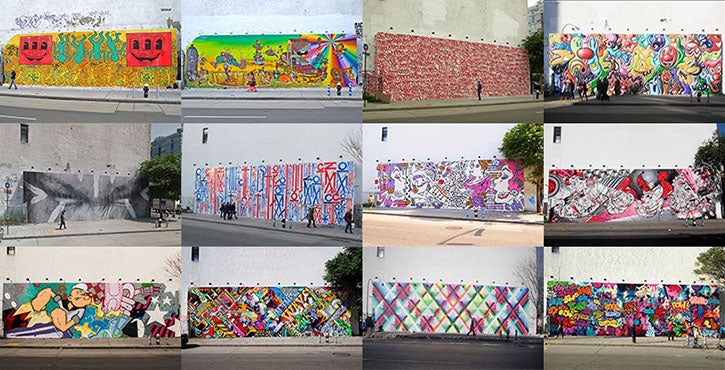 Since Google has let you go back in time in Street View, the feature has taken on a whole new meaning. It's become far more than just a convenient way to check out an unfamiliar street corner. The added dimension of times makes Street View an accidental archivist. (Or, let's be real, this was probably Google's intention all along.)

But in photographing everything, Street View has also become an inadvertent chronicler specific things, like street art and gentrification and who knows what else. Historians of the future have a vast and ordered photographic archive of the post-Street View world. [NYPL]