A heater that follows you around might sound like something out of The Jetsons, but it’s very much a reality for an MIT research group that wants to revolutionise the way we heat our buildings. They have invented a system called Local Warming, which tracks your location using Wi-Fi and only heats your immediate vicinity.


If you’ve been watching HBO’s Silicon Valley, Local Warming will probably remind you of a scene in which a startup presents their idea to revolutionise heating: By beaming dangerous microwaves at any humans in the area. But luckily for anyone passing through Italy’s annual architecture festival, the Venice Biennale, this week, that’s not how the system designed by MIT’s SENSEable City Lab works.

Instead of microwaves, it uses an array of infrared heat lamps — the kind you see in hotel bathrooms — along with a system of mirrors and servo motors to focus the rays onto specific parts of the room. 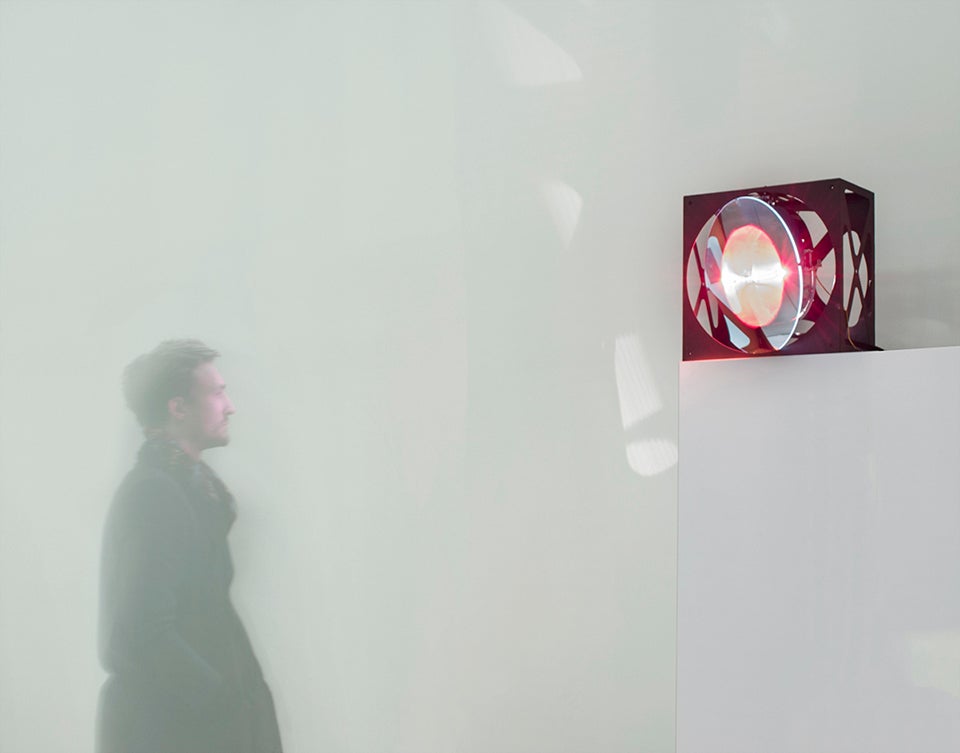 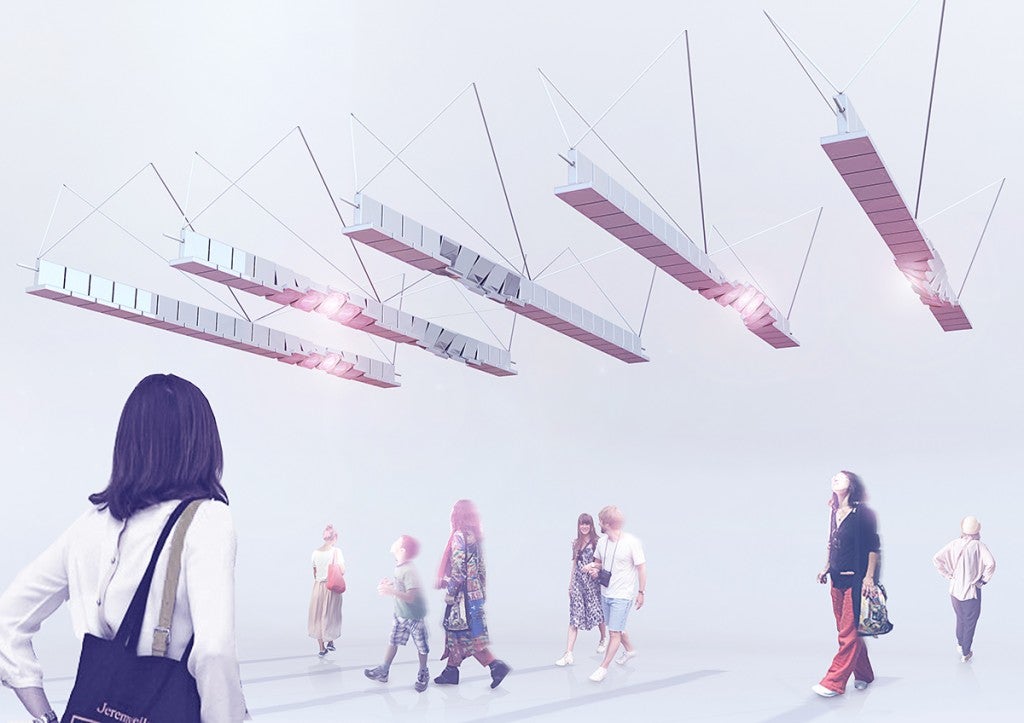 So, how does Local Warming know where you are? The design team collaborated with another MIT team working on wireless and mobile systems to build a network that tracks motion around the room:

As a visitor enters a room, the person’s location and trajectory are spotted using a new WiFi-based location tracking technology developed by Professor Dina Katabi and her team in the MIT Center for Wireless Networks and Mobile Computing, housed in MIT’s Computer Science and Artificial Intelligence Laboratory. This information is then transmitted in real time to an array of dynamic heating elements positioned in a grid near the ceiling. Each element is composed of a servo-motor that changes direction, a bulb to generate infrared radiation, a cold mirror, and other optics to create focused beams.

Though the project has been kicking around for about a year within MIT, the team unveiled a working prototype at the Venice Biennale this week. There, visitors can move around the gallery space while the servo motors hum above them, keeping them in a constant haze of warm red light. 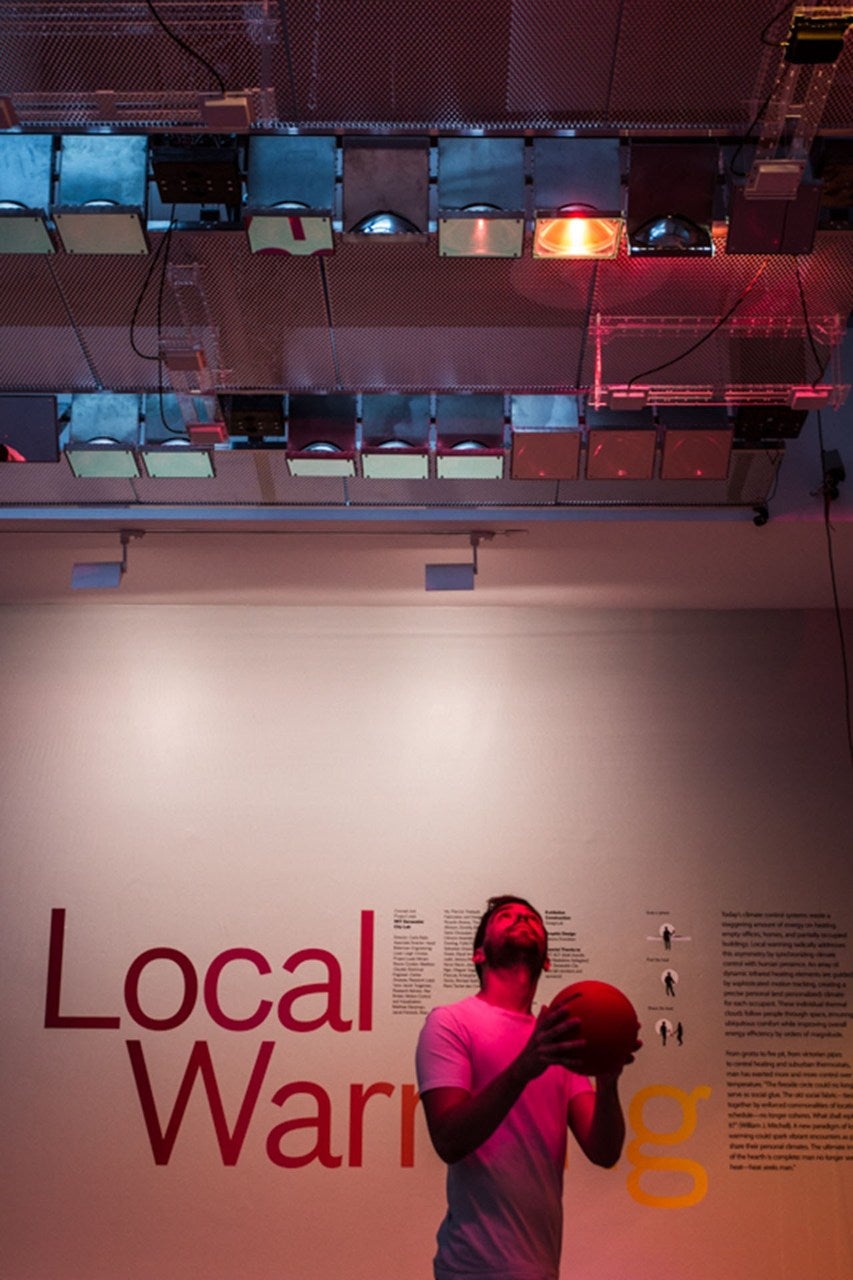 It’s just a one-off installation. But as a proof of concept, it’s pretty powerful. Americans spend roughly 40 per cent of their total energy usage on their homes. The way we heat our buildings just isn’t very efficient. As we enter an era where energy efficiency is king, that’s bound to change — and projects like Local Warming are already figuring out how. [Wired UK; MIT]