The SEC Is Finally Cracking Down On High-Speed Trading 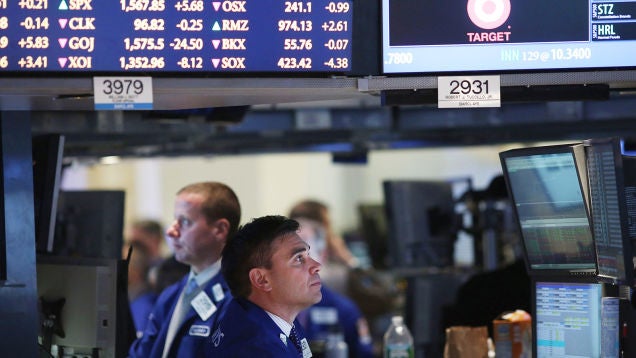 Today, Securities and Exchange Commission Chairperson Mary Jo White announced a whole slew of initiatives designed to tighten the leash on computerised high-speed trading in the stock market. If you're playing the stock market and you're not a supercomputer, that's very good news.

As The Wall Street Journal reports, the new rules would bring big changes to the world of high-frequency traders, a group that currently accounts for more than half of the volume of stock market trades. Under the proposals, formerly unregulated private trading outfits would be roped into a more tightly controlled category of traders; the tech they use would be more closely scrutinized; and new rules would safeguard against the extremely swift short-term trading moves that heighten market volatility.

It's the most direct response yet to concerns over high-speed trading, which uses military-grade tech to transfer data at ludicrous speeds, creating an advantage that can't be accessed by regular human-powered trading.

Earlier this month, New York State Attorney General Eric Schneiderman announced a state-level crackdown on high-frequency trading tech. Now that the SEC is involved, it seems the overseers are finally ready to reign in unruly high-speed traders. For the next step, the SEC will launch a committee to examine the proposals, with potential approval coming after a thorough review — and, assumedly, a lot of push-back from the trading groups that profit enormously from this tech-driven uber-trading. [US Securities and Exchange Commission via WSJ]