After a false start late last week, Facebook's Snapchat clone is finally available. Adding to Facebook's ever increasing lineup of standalone apps, Slingshot is the social media giant's latest attempt to take on Snapchat. Hey — it can't be any worse than Poke.

Just like Snapchat, Slingshot lets you annotate and draw all over self-destructing images. Unlike Snapchat, it seems that your friends won't actually be able to see the image you sent them until they send something back themselves. Meaning if you want to react to the photo itself, you'll ultimately be sending two photos their way, which your friend won't be able to see without sending another photo your way. Leaving both of you in an infinite, rotting loop of ephemeral media that will slowly eat away at you until it's finally time to accept death's sweet embrace.

Judging by the app's listed release date in the iTunes Store, it should be widely available starting tomorrow. So if, for whatever reason, you've felt like Snapchat wasn't facilitating enough unnecessary images from your friends, your wish is about to be granted.

Slingshot appears to be only available in the US at this time. 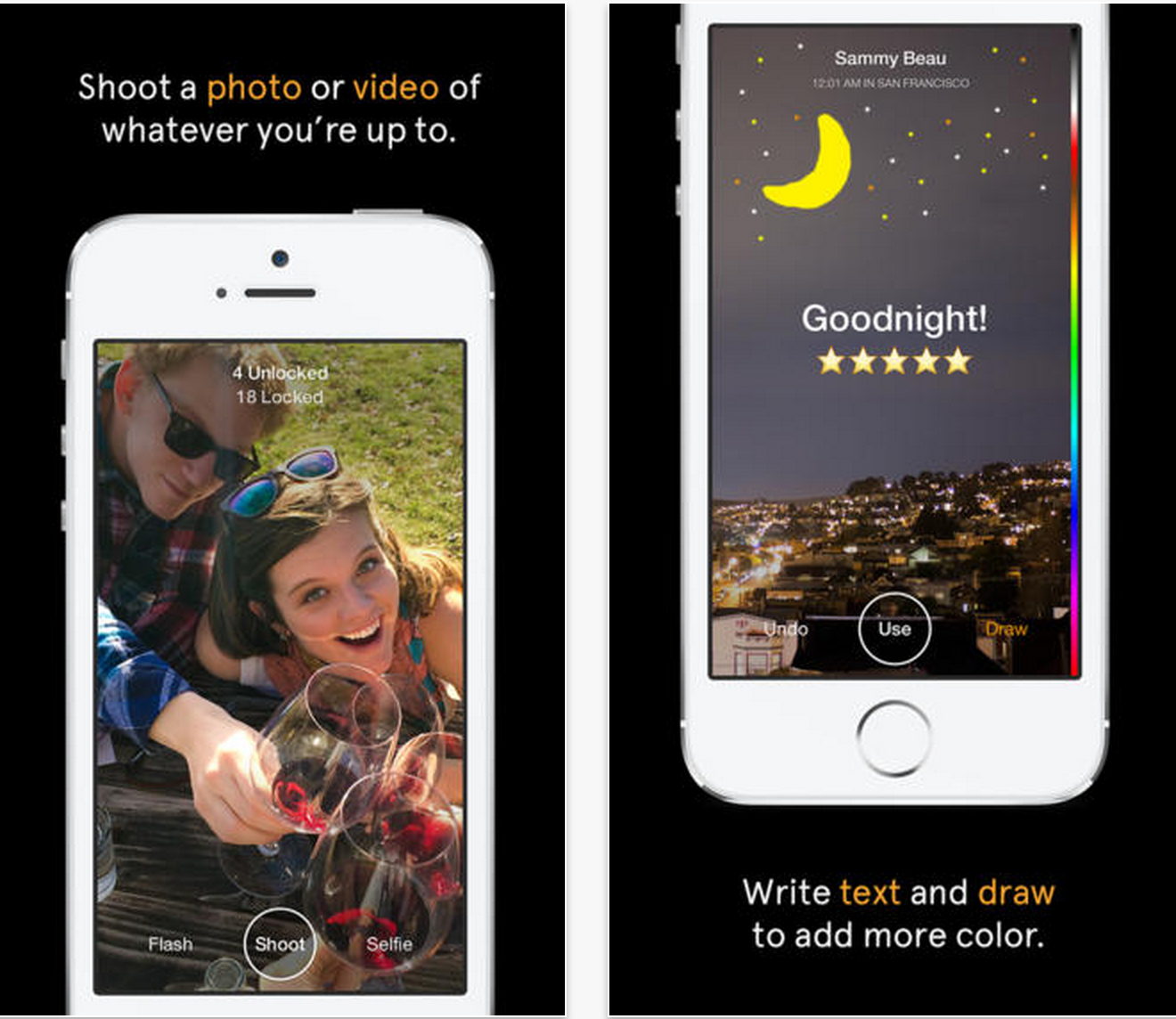