Apple's Secretive CEO Reportedly Has A Smartwatch Up His Sleeve 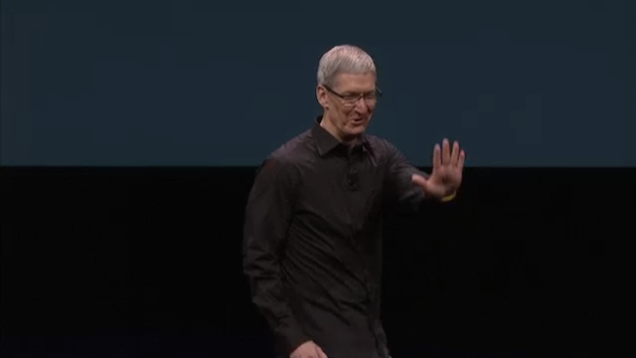 Tim Cook has been the CEO of Apple for almost three years, but there's very little we actually know about him. He's humbler than his predecessor, he can cut down investors to size, and he might be the most powerful gay man in America. But will he ever commit to an iWatch? A new profile says yes.

The New York Times finally has the long Cook profile we've been waiting for. Cook is famously secretive, so he declined to be interviewed for it. Nevertheless, the NYT dug up some interesting details about Cook and Apple, and among other things, they tell of an iWatch coming later this year:

Lower-level employees praise Mr. Cook's approachability and intellect. But some say he is less hands-on in developing products than his predecessor. They point to the development of the so-called iWatch — the "smartwatch" that Apple observers are eagerly awaiting as the next world-beating gadget. Mr. Cook is less involved in the minutiae of product engineering for the watch, and has instead delegated those duties to members of his executive cabinet, including Mr. Ive, according to people involved in the project, who spoke on condition of anonymity because they were not authorised to speak to press.

[...] Mr. Cook appears to be interested in the smartwatch's broader implications — for instance, that a watch might monitor heart rate and other vital measures, thus improving health and limiting doctor visits, according to these people. The watch is expected to be released in the fourth quarter, these people said.

And a little evidence to suggest that the Beats buy was for the people...

Mr. Cook is amassing a creative brain trust, according to Bono, the lead singer of the band U2, who befriended Mr. Jobs and worked closely with him and Apple's team on developing a U2-branded iPod, as well as on charitable work in Africa. Mr. Cook is not saying "I'm here to replace him," said Bono, who is a managing director and co-founder of the venture capital firm Elevation Partners. "He's saying, 'I'll try to replace him with five people.' It explains the acquisition of Beats."

Head over to The Times for more. It's a fantastic Sunday read. [NYT]

David Nield 25 Jan 2020 2:14 AM
Our phones carry so much of our lives these days—our social networks, access to our banks, home security apps—that keeping them safe and protected is of paramount importance. These are three of the most common ways your phone can be hacked, and how to stop them.