Monster Machines: This Armoured 4X4 Is A Warthog For The Modern Day Super Soldier 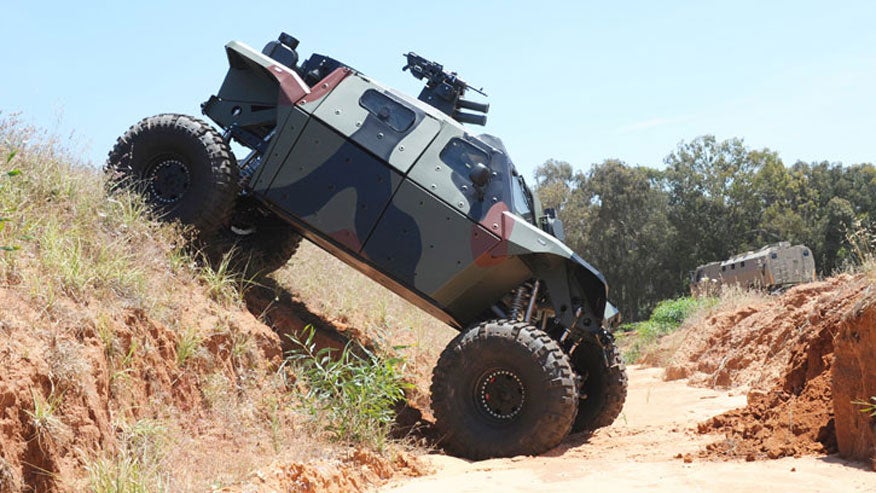 Is there any more exhilarating rush than plowing your Warthog through wave after wave of Covenant Grunts while your buddy goes to town with the onboard autocannon? There is, now that Israel Military Industries has gone ahead and built a real one.

The CombatGuard is an armoured 4x4 sitting atop a monster truck suspension (and 54 inch rims) that, like the fictional M12, can be adapted to a number of combat scenarios. Its passenger compartment can accommodate up to eight fully equipped soldiers or be converted into an all-terrain medivac, anti-aircraft platform, fast attack vehicle or light reconnaissance vehicle. 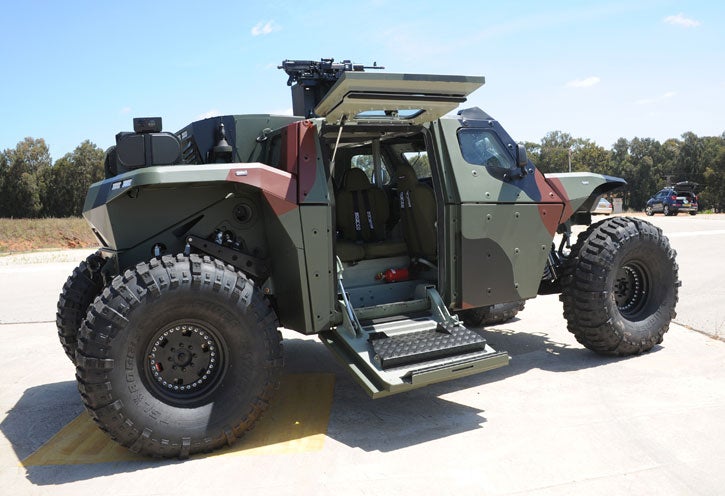 The 300hp, 6.5-litre turbo diesel propels it to 120km/h off road and a staggering 150km/h on asphalt with an 800km combat radius while its oversized tyres and matching suspension allow it to boulder over 70-degree inclines. Its wraparound ballistic armour also offers protection from small arms fire, armour-piercing rifle rounds, even IEDs and landmines.

The interceptor-based hard kill layer protects against close-range anti-tank rockets and guided missiles by physically destroying or deflecting the threat a safe distance from the defended platform. The blast interceptor effectively destroys or deflects an incoming threat with minimal fragmentation, minimising collateral damage or injury to nearby personnel.

The Israeli military is rumoured to be interested in procuring a number of these vehicles in the near term. Hopefully they will find a place in the US arsenal as well. [PopSci - General Dynamics]