I Watched Sony's E3 Experience From A Movie Theatre In Alabama 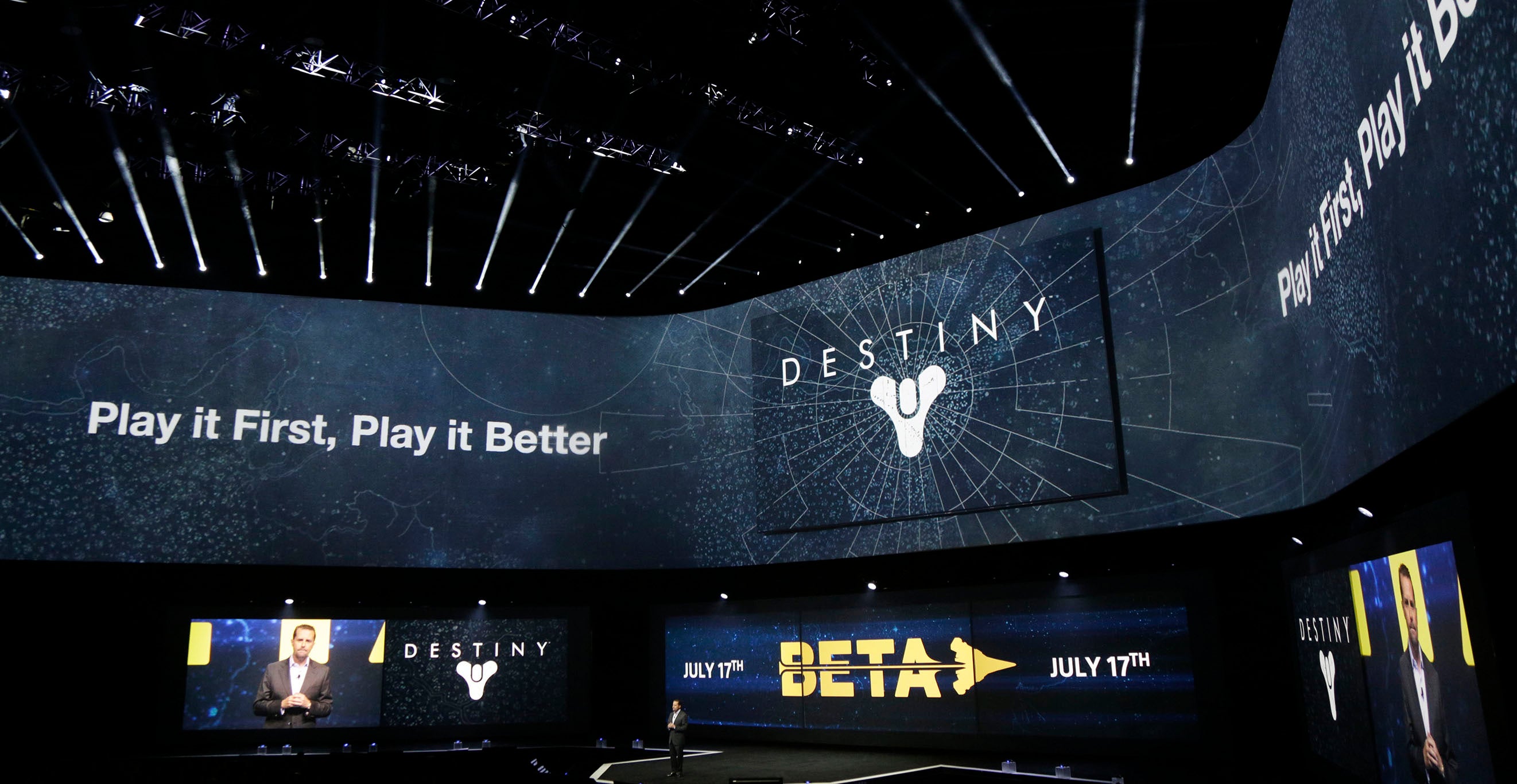 Last night, Sony simulcast its E3 press conference to dozens of movie theatres across the United States, including the Regal Trussville Stadium 16, a Big Lots-facing megaplex just off of County Highway 10. That's where I watched it, along with a few dozen PlayStation faithful. Disclaimer: I am not a gamer.

I can handle myself OK through a few rounds of Tetris. Anything else I do on a video game console is an embarrassment. I'm that person who thinks that moving my whole body with the controller helps me play better. I attach the Wii strap to my arm for safety purposes ever since nearly cracking my friend's TV screen. The games I enjoy are openly targeted at middle school children (have you tried Disney Guilty Party, rated E for comic mischief? It's delightful).

Don't get me wrong, I'm really good at wasting time. I just tend to pick Pretty Little Liars over video games. So I wasn't in my element at the PlayStation E3 Experience at the Trussville, Alabama Regal 16 Cinemas. But I was incredibly curious about the people who were.

The first thing you might not know about the PlayStation E3 Experience simulcast is that it sold out in one day. Not just in Trussville, but at nearly every theatre it was available (the most notable exception was in Alaska, where it was showing at 5 o'clock local time). That is, at least, a thing I didn't know, which meant that I was on the waiting list. I arrived at the theatre an hour early to secure a good spot in line. It wasn't necessary. There were only 10 people there.

About 10 more people joined the wait list line after me. The crowd was mostly male, ranging in age from early 20s to mid-40s. As one of very few women there, I looked like a soccer mum who'd forgotten her minivan full of game-loving teenagers. With the age/gender gap, I didn't understand much of the conversation around me, but I learned that even PlayStation fans love Frozen. Otherwise, the mood was pretty sedate. One guy was excited about live-tweeting, but that was about it.

A lot of ticket holders must not have shown, because everyone on the wait list was let into the theatre, and even then were still plenty of empty seats. One possible explanation? You had to be 17 to attend, which I assume excludes a pretty key demographic. The Trussville Regal 16 was strictly enforcing the rules, too; I saw two teens kicked out for being underage.

One game was about a "conduit" with "neon powers." Weaponised animals came up but I'm still not clear the full extent of the weaponization or of the animals. Is this just about llamas wearing guns, or will the animals themselves be mutant creatures with mouths that shoot fire? It seems like you could go a lot of different ways with that one.

The guys from PlayStation made a big deal about community, networking and social interaction. I guess the E3 Experience was meant to foster community by offering gamers a chance to get together. But how much can you share when you're all sitting in the dark staring at a screen for two hours? Even if you happen to be live-tweeting?

The crowd was silent for some games, like Entwined, which involved uniting star-crossed lovers into a single dragon (I think?). But, there was a lot of cheering for most games, particularly as what I assume were the marquee titles rolled around near the end. Far Cry 4, Metal Gear Solid 5: The Phantom Pain, Batman Arkham Knight and Uncharted 4 were just a few to receive rounds of applause. Also, did you know that every single game coming to PlayStation this year has "amazing graphics" and "incredible gameplay experience?" I know that it's true, because the simulcast told me so.

What impressed me most was that the crowd wasn't just into it, they were committed. Midway through the presentation, weather knocked out the simulcast for almost 10 minutes, and we were told that they had "taken cover" wherever they were broadcasting from. Almost everyone stayed! The signal came back, only to go out again two minutes later. As the second outage stretched into minute 10, the crowd finally started to dwindle. More and more people headed for the exits, including me; I could hear the torrential downpour outside, and I just wasn't prepared to go out at a PlayStation Event. It's not the legacy I imagine for my son.

I left with one major question unresolved: If you're really excited about attending the PlayStation E3 Experience, are you in it for the community, the games previews, the free stuff or all of the above? (Sony promised a special gift for attendees.) Personally, I'll put up with a lot for free stuff, so I totally get that motivation.

By the end of the PlayStation E3 Experience, though, only something on par with an Oprah car giveaway was going to make sitting through one more Dead Island 2 demonstration worth it. Instead, I got a beta test of Destiny. Which I'm sure I'll be plenty excited about, as soon as I find out what it means.