Well, e-ink, you've had a great run. You showed us that reading on electronic displays could be just as enjoyable as paper, and somehow you thrived in a world of colour-screen tablets. But with these new OLED displays that can be folded up like a magazine, your days could finally be numbered.

Developed as part of a collaboration between Nokia and Advanced Film Device, the companies were actually recently demonstrating two different OLED displays. Both start with a 5.9-inch, 1280 x 720 OLED panel when flat, but one can be folded in half like a book, while the other can actually be folded three times making it easier to fit in the hand, almost like the digital equivalent of a paper map. 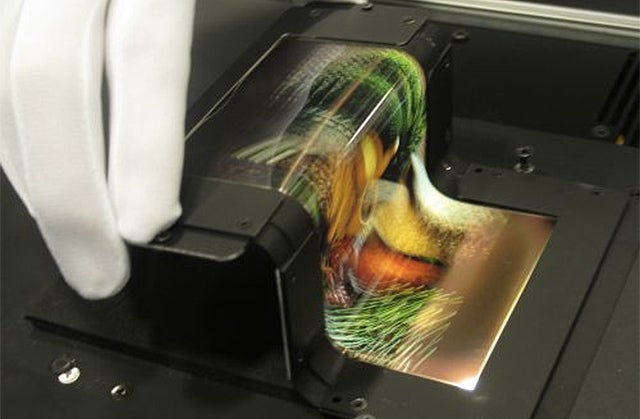 In the demo the book-type OLED display doesn't look like it can be folded very tight, but, the display technology can actually have a curvature radii of as little as just two millimeters, which is more than adequate for stuffing it in your back pocket.

But while the new display technology is resilient enough to be folded and unfolded again and again, it's not invincible. After 100,000 folds it will start showing signs of wear and cracking, but hopefully by the time that happens you'll be ready to upgrade to whatever the next generation of e-readers looks like. [Nikkei Technology]

Brian Kahn 27 Jan 2020 1:44 PM
Earlier this month, Amazon told employees to stop talking publicly about its inadequate climate plan or risk losing their jobs. In response, 350 employees took to Amazon Employees for Climate Justice’s (AECJ) Medium page on Sunday evening to lay out why Amazon should beef up its climate plan and what the stakes are in an act of mass disobedience.