Watch motocross freestyle biker Ronnie Renner clearing 10.36 meters to win the Moto X Step Up — a bike high jump competition at the Summer X Games 2014 in Austin, Texas. It's amazing to see how high he got.

According to Renner: "The impact becomes a real big issue anything over 35 feet. I've got a ripping headache right now from landing so hard. We're falling four stories out of the sky, and that's not talking it up at all. That's being nice. It's pretty gnarly."

That's what he said last year, when he jumped 47 feet in Los Angeles. 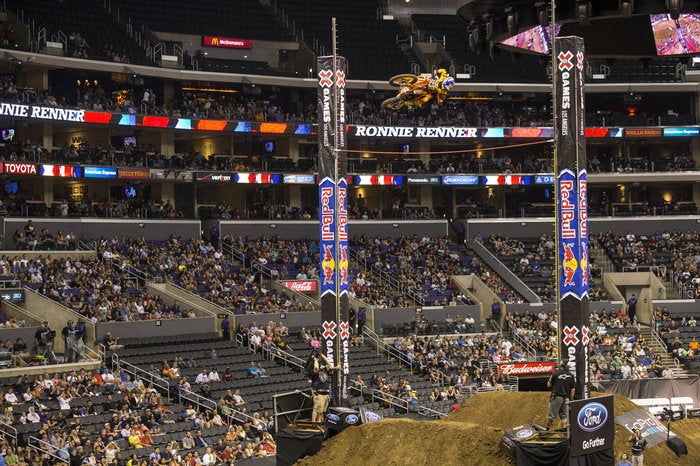