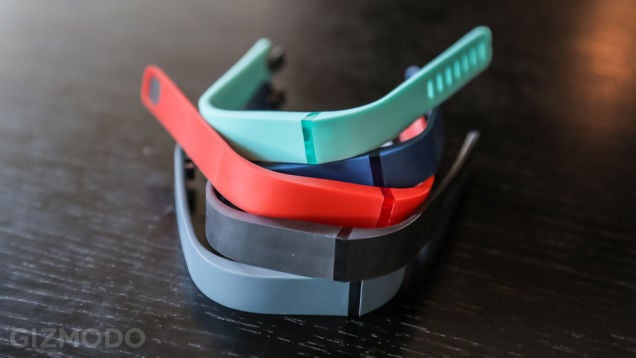 Who better than everyone's favourite manic pixie hyperbolic memoirist, David Sedaris, to write about the agony and the ecstasy of Fitbit ownership? No one, considering how well his latest essay in The New Yorker reads as a love note.

Sedaris, who once accused Kindle of bespelling doom, doesn't seem like the most tech-savvy writer. But damned if he doesn't love himself a wearable fitness tracker. It's refreshing to see a well-read and much-loved author championing a technology instead of hand-wringing about its social implications. Sedaris makes it clear he takes his preoccupation with steps several steps beyond normal, but his genuine enjoyment of the gadget is obvious.

The impish raconteur detailed how he came to see his Fitbit as a tiny digital Jillian Michaels:

"The Fitbit is a digital trainer, perpetually egging us on. During the first few weeks that I had it, I'd return to my hotel at the end of the day, and when I discovered that I'd taken a total of, say, twelve thousand steps, I'd go out for another three thousand. "But why?" Hugh asked when I told him about it. "Why isn't twelve thousand enough?"

"Because," I told him, "my Fitbit thinks I can do better."

Sedaris' essay jokes about his demented devotion to the device, but even as he details his inappropriate fixation on step-counting, it's clear the dude just really likes his Fitbit. When was the last time a writer wrote such an unabashed paean to technology?

"Shortly after I decided on a typeface, for reasons I cannot determine my Fitbit died. I was devastated when I tapped the broadest part of it and the little dots failed to appear. Then I felt a great sense of freedom. It seemed that my life was now my own again. But was it? Walking twenty-five miles, or even running up the stairs and back, suddenly seemed pointless, since, without the steps being counted and registered, what use were they? I lasted five hours before I ordered a replacement, express delivery. It arrived the following afternoon, and my hands shook as I tore open the box. Ten minutes later, my new master strapped securely around my left wrist, I was out the door, racing, practically running, to make up for lost time."

Aw. D.S. + F.B. = True, obsessive, probably psychologically unhealthy love. If Fitbit ever needs an advertorial campaign from a beloved memoirist, there's literally a zero per cent chance they will go with Augusten Burroughs. Here's hoping Jonathan Franzen will write a rebuttal about the devilish allure of FuelBand. [The New Yorker]