When was the last time you bought a power strip based on looks? Never, because they all focus on functionality at the cost of being an eyesore. Thankfully, David Okum has applied his wonderful design sensibilities to yet another mundane household product, with a power strip called the Oon that you'll never want to bury under a desk.

At $US79 it's a little on the expensive side given it only gives you three non-grounded outlets, limiting what you can actually plug in. But it's made from a combination of wood, plastic and metal that result in what could be described as a functional sculpture, and the use of the cable running through each piece means it provides some much needed flexibility that most power strips lack. 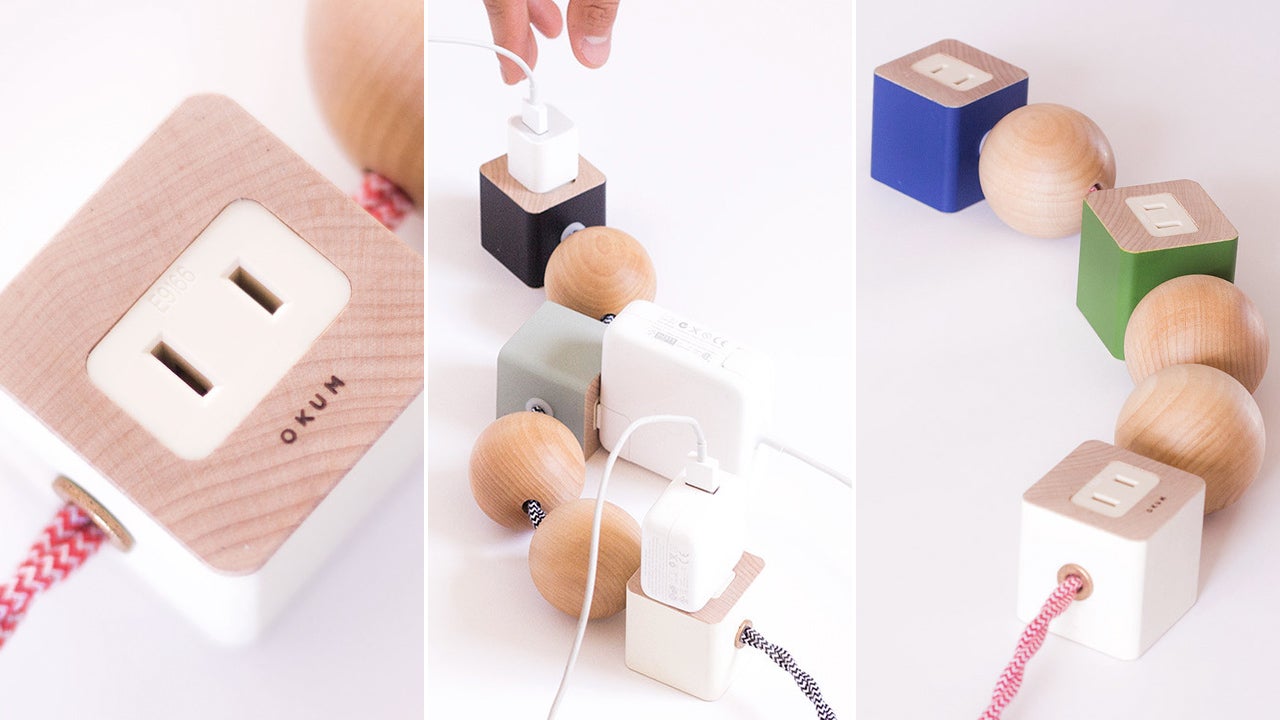 If you've got little kids at home, you might want to pass on this upgrade though. From afar, it's hard for even adults to distinguish the Oon from a pile of colourful building blocks. So you can probably expect young ones to be drawn to it, and a power strip is the last thing you want them teething on. [Okum]