Streaming Video Junkies Devour Over Half The Traffic On The Internet 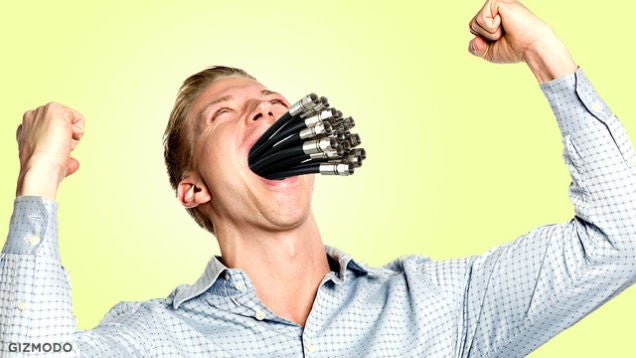 Sandvine just released its twice yearly report on internet traffic, and it’s a doozy. While it’s no surprise to see mobile growing and Snapchat kicking arse, it’s a little bit mind-bending to learn that binge-watching streaming addicts gobble up over half the traffic on the internet in North America.

To be specific, the top 15th percentile of internet users accounts for about 54 per cent of total monthly network traffic. Sandvine, a sort of Canadian Cisco, labels these folks as “subscribers who exhibit ‘cord cutting’ behaviour” or, simply, “cord cutters”. Yes, with the scare quotes. Probably because it’s hard to tell who’s actually ditched cable versus who just likes to watch video online.

Sandvine admits in the report that while they were “unable to resolve if these subscribers have ‘cut the cord’, their usage profile indicates that they are likely using streaming as a primary form of entertainment.” And since that top 15th percentile consumes about 100 hours of streaming video a month, 11 times the amount that normal people do, it’s hard to imagine when they’d also have time to watch cable.

That’s a lot of Netflix — and YouTube and Hulu and everything else. But mostly Netflix, which accounts for over 34 per cent of all downstream traffic in the United States. YouTube is a distant second at 13 per cent. In total, real-time entertainment makes up nearly 64 per cent of total network traffic. And that percentage will only go up as video streaming sites continue to grow.

The Sandvine report includes a few more interesting factoids, like that Snapchat is the most popular messaging app in North America and that Twitch.TV generates more traffic that HBO GO in the United States. Meanwhile, this year’s impending World Cup is expected to account for almost half the traffic in Latin American countries. You can download the report for yourself, but honestly, the red in this graph says it all: 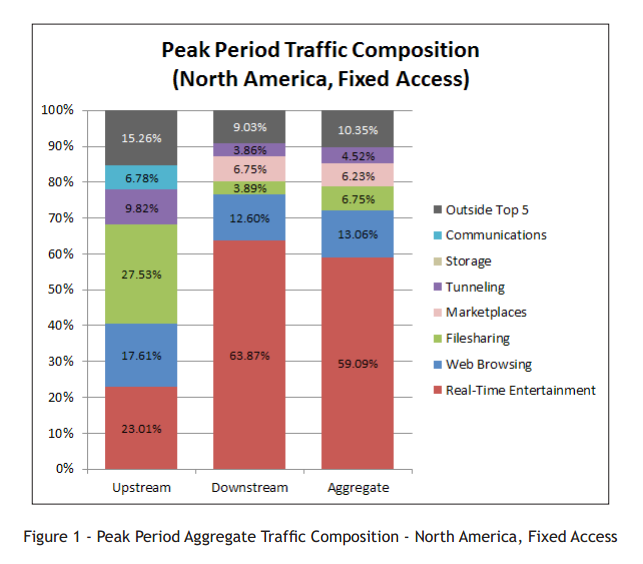