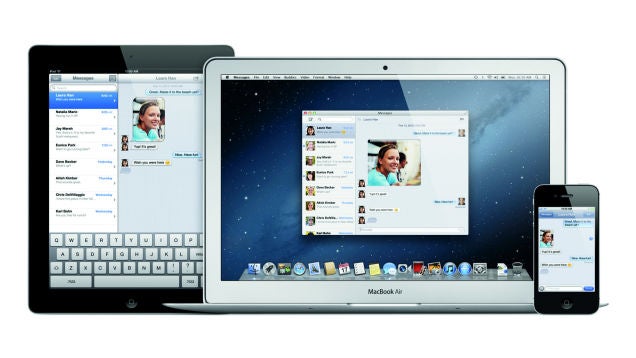 If you’ve tried to transition out of your iPhone into an Android or Windows Phone device, you’ve likely known the singular frustration of having your text messages vanish into the iMessage ether. Today, in a statement to Recode, Apple acknowledged the problem, explained why it’s been particularly awful lately and promised a fix.

The iMessage problem has been around for the last three years, but it has seen a recent escalation. That’s likely in part because we move more fluidly between platforms than ever before, and definitely, specifically, more recently in part because Apple experienced a server bug that made the problem temporarily unfixable. As Apple told Recode:

“We recently fixed a server-side iMessage bug which was causing an issue for some users, and we have an additional bug fix in a future software update.”

And there you have the good news. The glitch that was making things worse has been resolved, and a further fix is in the offing. There’s no word on when, exactly, but presumably at the very latest it will be wrapped up in iOS 8, which is expected to be announced at Apple’s WWDC developer conference on June 2 and available to the public soon thereafter.

Meanwhile, if you’re about to make the jump from iPhone to Other Phone, make sure you disable iMessage on your phone first, and make sure your other iOS devices don’t have your phone number on file. Or, better yet, leave this whole mess behind and switch to GroupMe! You’ll love it. [Recode]