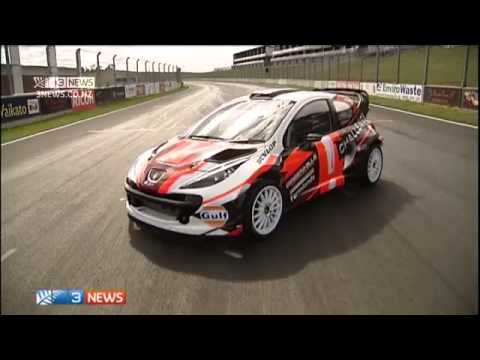 Ever mucked around in your garage? Alex Kelsey has — he built a full-on rally car, fabricating some of the parts from scratch, in Coromandel on New Zealand’s North Island. The Peugeot-bodied car has been basically built from the ground up, with a 3.5-litre Formula Renault V6 and bulletproof wheel arches.

The tube-framed rally car can accelerate from 0-200km/h in a brisk seven seconds, putting most production cars to shame. It has a removable rear cowling a la Koenigsegg, although the 350kW V6 sits just behind the front axle. Kelsey, who is dyslexic and apparently “barely” scraped through school, put the car together over 18 months of planning and designing and fabrication.

The Kelsey Racing MC2 (that’s Mad Creation 2) is finally finished. It’ll make its debut at Rally Hawke’s Bay, the third leg of Rally NZ, in three weeks. Check it out — and the awesome Kelsey garage, which takes up an entire barn — in the video below.